The Warriors have been granted special dispensation to loan players from rival clubs less than a week out from the resumption of the NRL season. 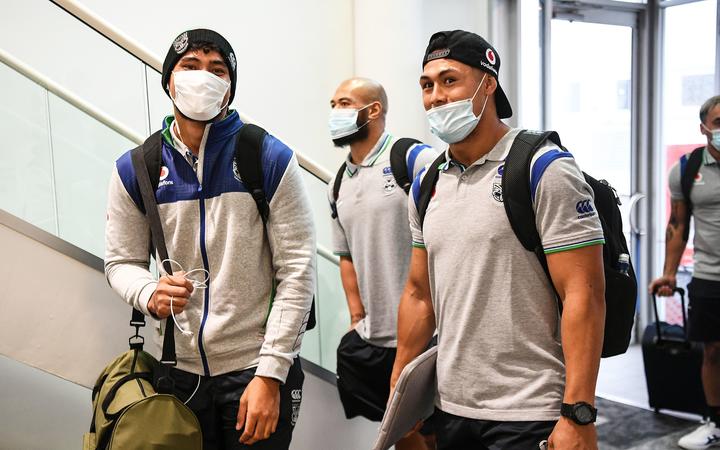 Warriors players leave on a charter flight to travel to Tamworth to begin their 14-day quarantine. Photo: PHOTOSPORT

The Auckland club has been asking the Australian Rugby League Commission for extra support, having lost three players to long-term injuries since arriving in Australia.

The Warriors need relief in the middle third of the field in particular, with first-choice front-rower Leeson Ah Mau all but sidelined for the season with a ruptured pectoral muscle, while lock Jazz Tevaga will miss the opening rounds with a knee injury.

NRL head of football Graham Annesley has told 2GB radio the Warriors will now be allowed to negotiate agreements with rival clubs to bring in reinforcements.

"All clubs were notified that the Warriors will be given that dispensation," Annesley said.

"The only reason the decision was delayed initially was that it is a change to the NRL rules and the only people who can make that change are the [ARL] Commission.

"The salary cap auditor has used discretion to give that approval subject to the Commission ultimately signing off on that, that's been done.

"Everyone appreciates the extreme lengths the Warriors have gone to, to try and bring this competition back to life.

"Once the Commission signs off on the rule, the same rule will apply to all clubs subject to meeting the guidelines of course."

It's now up to the clubs to decide whether they're willing to loan out any players.

"The Warriors, or any club for that matter if it becomes a general rule, have to approach a club, seek their permission and negotiate the terms of that loan and the length of that loan.

"It's always in the hands of the contracted player's club to decide whether they're open to that idea or not."

Dragons coach Paul McGregor has said he would be willing to consider offering a younger forward for a brief move if it suited both clubs and the player.

The Warriors restart the NRL season against the Dragons in Gosford next Saturday.