Warriors hooker Karl Lawton is welcoming the increased competition for places ahead of the resumption of the NRL season. 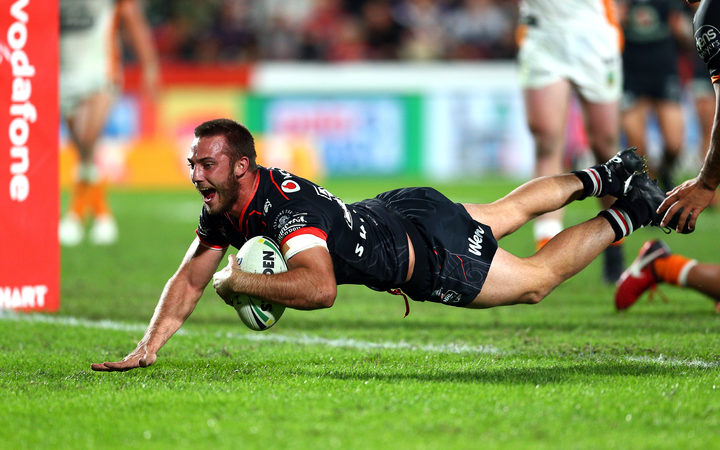 Nathaniel Roache has joined the squad at its training base in Tamworth, New South Wales after missing the team's charter flight last Sunday.

Roache sat out the opening couple of rounds of the season as he continued his recovery from a serious knee injury, but will now try and vie for the Warriors' nine jersey with Lawton and Wayde Egan, who started against both Newcastle and Canberra.

Veteran centre Gerard Beale is also nearing a return, while middle forwards Jazz Tevaga and Agnatius Paasi will be back available for selection when the competition resumes at the end of the month.

"I always say competing is a massive part of rugby league and you know when you've got three hookers competing for one spot it sort of brings out the best of the other players as well," Lawton said.

"We're all training pretty sharp. Nate's just sort of coming back into the squad so he'll be ready to chime in pretty soon.

"Giving the coach a headache to pick you is a good thing.

"The harder the competition the better it is for us."

It was initially planned Roache would have to self-isolate for two weeks in a hotel, upon arrival in Australia, but the Warriors changed their minds and organised for him to travel to Tamworth, restarting the entire squad's 14 day quarantine period.

"The last thing you want is to be locked up in a room for two weeks by yourself. Obviously it wouldn't be ideal," Lawton said.

"We were going to be here a bit extra anyway so I think it only extended one day on to our quarantine lockdown so it wasn't a big hit for us."

The real hits will start on Monday, when the Warriors resume contact training, after a week of conditioning.

"You do miss doing contact after a while of not doing it so I think all the boys are going to go in there, go hard and rip heads off so I reckon it'll be a good first hit out."