Sebastian Vettel is to leave Ferrari at the end of the Formula One year after contract talks between the two parties broke down. 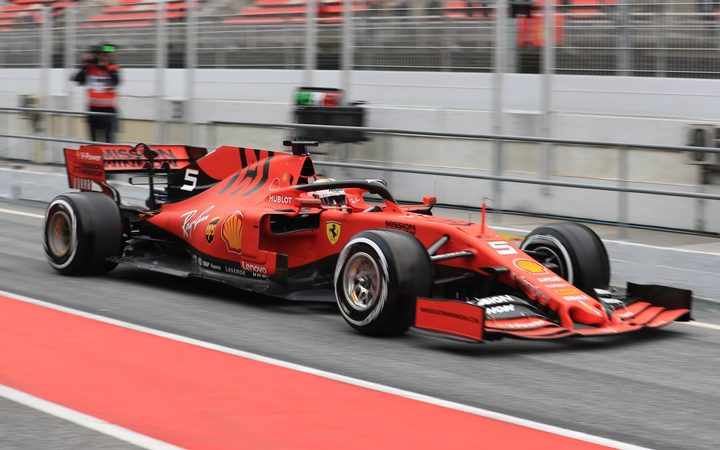 The move, which is expected to be officially announced imminently, throws the future of the 32-year-old four-time world champion into doubt.

Spaniard Carlos Sainz, currently a McLaren driver, is among those who have been linked to Vettel's seat.

If Sainz leaves McLaren, one option for the team is Renault's Daniel Ricciardo.

The Australian had serious talks with McLaren in 2018 when he was weighing up whether to leave Red Bull, before finally deciding to move to Renault.

Ricciardo is known to be unsettled at the French team and has talked about moving on.

Vettel could also be an option for McLaren, if he felt he was prepared to move to a team that was going through a restructuring process.

If not, the options for the 32-year-old to continue in F1 are bleak.

Lewis Hamilton, who is also out of contract at the end of the season, has repeatedly signalled his intention to stay at Mercedes, who are not believed to be considering a move for Vettel.

And Red Bull, where Vettel won his four world titles, have said that they would not partner their star driver Max Verstappen with another top-line driver - nor is Vettel likely to be interested in partnering the Dutchman.

Vettel's departure from Ferrari signals an ignominious end to his career at the Italian team, who he joined in 2015 with the aim of following in the footsteps of his childhood hero Michael Schumacher by winning the title with them

Vettel said as recently as last month that his intention was to stay with Ferrari beyond the end of his contract this season.

The exact nature of the disagreement that led to the failure of the talks is not clear, but Ferrari are reported to have offered Vettel a vastly reduced salary and a shorter contract than he desired.