The Warriors will travel across the Tasman tomorrow afternoon, after the National Rugby League received final approvals for the club to fly into Australia to isolate, train and play. 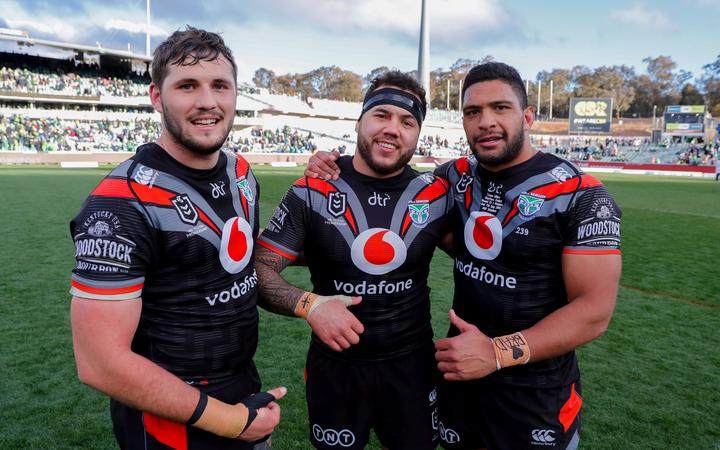 The Warriors will enter 14 days' isolation in Tamworth, New South Wales where they will be permitted to train, in the lead-up to the recommencement of the NRL season on 28 May.

"As a club we're both relieved and excited that our requests have now been taken care of to our satisfaction," Warriors CEO Cameron George said.

"We have never wavered in our commitment to be involved in supporting the resumption of the season. We're now ready to go and couldn't be happier about the prospect of being back on the field at the end of the month.

"It has been a challenging and often frustrating time for all parties over the last few weeks, with so many issues on the table, but it has finally come together as of today.

"We're exceptionally grateful to both the Australian and New South Wales governments for granting us an exemption, and we respect the process they've had to work through. We're hugely appreciative of the support we've had from the NRL, especially from (chairman) Peter V'landys who has been in our corner throughout."

V'landys thanked the federal and state governments for their assistance.

"This is an excellent outcome for rugby league and another step towards the competition resuming on May 28,'' he said.

"I want to thank the Federal and State Governments, in particular Border Force and NSW State Emergency Operation Centre, for their assistance in making the Warriors' arrival a reality.

"The club will follow the strictest biosecurity protocols and, like all clubs, will participate in an education day about the protocols on Monday morning."

V'landys also paid tribute to the Warriors players, staff and their families for the sacrifices they had made.

"As a game we cannot thank the Warriors enough for everything they are doing. Right from the start of this pandemic the club and its players have put the competition first and for that we will be forever thankful."

The Warriors are still working with the NRL to seek exemption for families to join the players in Australia.