Hurricanes prop Tyrel Lomax loved growing up in Wainuiomata; early morning training's with dad before sharing kai with his mates. 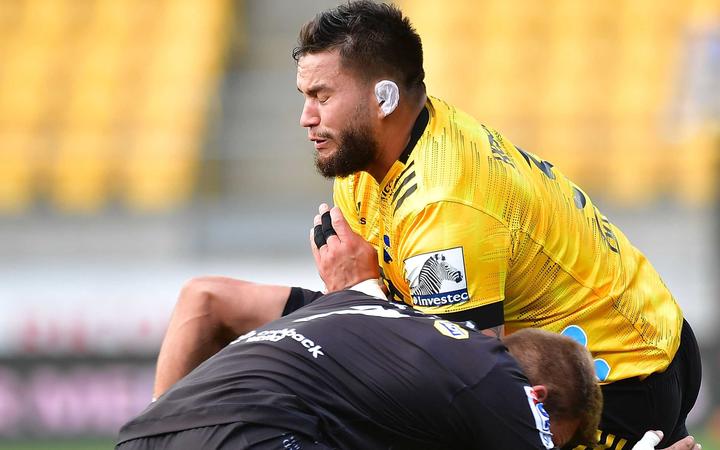 "My old man put a lot of work into me as kid. He used to have a van and he would go round and pick up a lot of my mates and other school kids early in the morning and take us down to the local high school and we'd do a training session.

"A gym session and some drills and stuff and then we'd all sit down and have breakfast together. We were doing that from a young age, learning the strength of Wainuiomata and its people. My dad put a lot of work into the community and and taught us tamariki the power of discipline, kindness and respect."

Lomax' dad, John, is a former Kiwis and Canberra Raiders rugby league legend. His uncle David played league for New Zealand too, while two of his other uncles, Tony and Arnold, represented Wellington.

"My old man coached the Wainuiomata rugby league team, pretty much my whole childhood. My dad, my brother and all my uncles played league for the club. I remember always being down there at training's and games with my mates. That's where I spent a large bulk of my childhood," he says.

Lomax has returned to the Wellington region and joined the Hurricanes after stints with the Melbourne Rebels and Highlanders in Dunedin.

He now lives in Haitaitai, close to the Hurricanes training base in Newtown.

But for the man of Tūhoe and Muaūpoko descent, Wainui will always be where his heart is.

"A lot of my childhood mates have grown up and moved away, but I still love Wainui. It's home. I go there twice a week to see my grandparents and I spend as much time as I can in the community.

"All my whanau are in Wainui, so I get over there as much as possible, I love it. It's part of the reason why I came back to Wellington, to spend more time with whanau and to be closer to Wainui.

"It's got a real community feel, it's always been like that. Everyone says hello and waves and the locals look out for each other. Like I said it's home, it's where I feel most grounded and connected."

Despite his league pedigree Tyrel has excelled in union, making the switch to the 15 man code after moving to Canberra with his family and attending St Edmund's College.

"I always played both and rugby league was the game I first fell in love with. But it got to the point where I couldn't keep playing league on Friday's and rugby on Sunday's.

"There was no pressure from dad or my family, they just wanted me to be happy and choose what I wanted to do. I went to a rugby school (in Canberra) and a lot of my close mates were playing rugby and trying to pursue careers in it so I just sort of stuck with it." 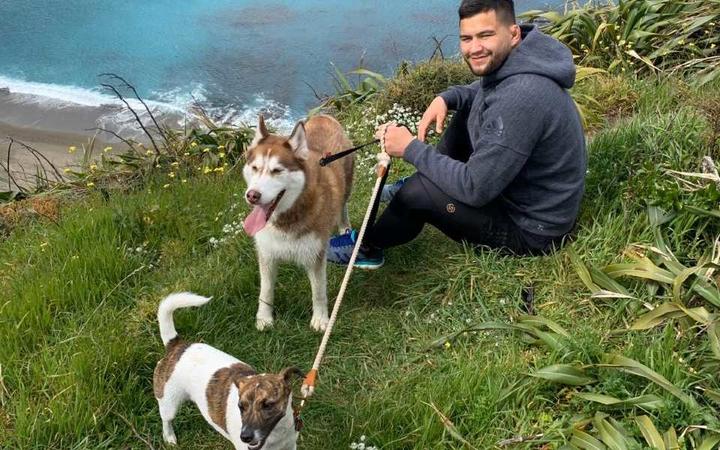 Tyrel Lomax and his dogs Austin the husky and Bundee the Fox Terrier - Bundee is former Highlanders prop Aki Seiuli's pet who Lomax is looking after while Seiuli plays rugby in Scotland. Photo: Tyrel Lomax

While he ultimately chose rugby, Lomax was always going to excel in the sporting world.

"If me and my mates weren't at the league club we would be at the park and always had a ball of some sort that we would chuck around. Playing every sort of sport that there was. Softball, soccer, rugby league, rugby, cricket, basketball, anything.

"Because my old man was an athlete playing sport for a job was always something I wanted to do. I remember as a kid getting asked what I wanted to do when I grew up and I'd always say a professional sportsperson. Most people would say, 'well the chances aren't very likely so what else do you want to do' and my response was always unequivocal, I'm going to be a sportsman."

"Definitely, but maybe when I retire. I've never actually played a game for the Premier team and all my other family have, so it would be really cool to play at least one match at some stage to continue that legacy."

But would he ever want to follow in his old man's footsteps and take a shot at the NRL.

"Ooh jeez, being a league prop is quite different from being a union prop these days haha. League is definitely a different game. I'm still trying to learn how to play prop in rugby," he says laughingly.

While the NRL isn't a focus for Lomax, furthering his All Black career and adding to his solitary test cap, is.

"Definitely, it's always on the back of my mind. What will help get me there is patience and playing consistent footy, that's probably my main goal, week in week out trying to produce some good rugby.

"Hard at the moment of course with everything shut down, but when rugby comes back, if I can do that and play consistently, the rest will work itself out. But yeah I want to become a first choice All Black."

One player he's been picking the brain of in particular is Hurricanes and All Blacks hooker Dane Coles.

"I've learnt a lot from Colesy. He's got so much knowledge and I just love the way that he plays the game. Pretty aggressive, never backs down or says die, he's desperate to win and runs like a winger!

"His leadership is impressive and he's one of those guys that when he talks, everyone listens."

The lockdown has thrown up a few curveballs for athletes trying to maintain regular training, Lomax' team-mate Du'Plessis Kirifi has been struggling to keep the weight on without regular access to the gym.

Lomax isn't having the same problem.

"Keeping the weight on has never been an issue for me. Keeping it down is probably the bigger issue haha. I guess we've all sort of had to adapt and we have a good training and cooking routine at home. I've always had a home gym setup so that's in the spare room at the moment. I'm slowly starting to lose my mind a little bit though haha." 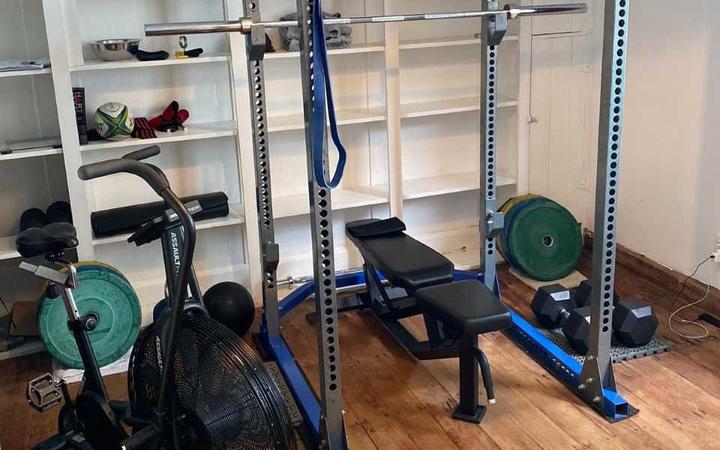 "No kids but we have two dogs that keep us quite occupied, they've been getting lots of walks lately. Best way to start the day."

"We have a husky and a little fox terrier. The foxy is really high energy and the husky is pretty high maintenance haha. Our husky makes a pretty good running mate, he's a bit too quick for me though."

"My partner catches up with his wife often and they take the ratbags to the dog park."

"You can't wear any black clothing with a husky in the house, we go through a lot of those lint rolls haha."

Hair on black clothes could become a problem for Lomax, if he fulfils his quest to become a regular All Black.