With rugby sidelined by Covid-19 there's been little speculation over which players might bolt into the All Blacks, but one man who seems destined to don the black jersey is Hurricanes flanker Du'Plessis Kirifi. 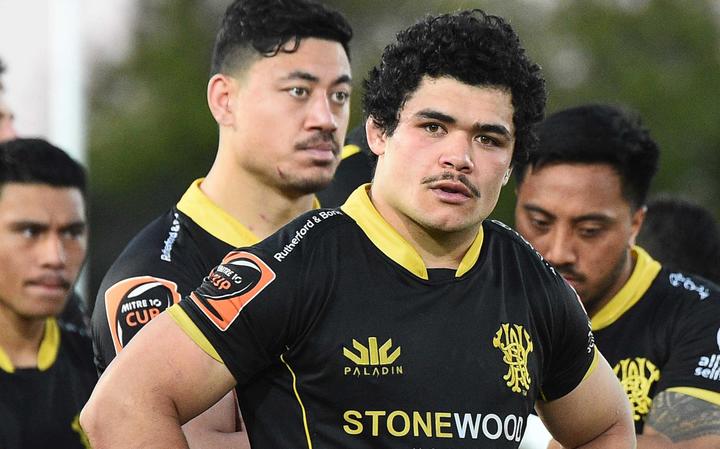 The 23-year-old of Samoan heritage was born and raised in New Plymouth and went to the same school as the Barrett brothers - Francis Douglas Memorial College.

"Kirifi is Samoan, Dad was born in Samoa in the village of Iva on Savai'i and mum is Pakeha so I'm an afakasi boy, no South African. Dad just liked the name and he was good mates with Morne Du'Plessis (former Springbok) from from his playing days, so he decided to name me after him. It's pretty unique but I've grown to love it."

Like the Barrett brothers, Kirifi has some big wraps on him. Those external expectations don't faze him, however, with his own internal goals equally as ambitious.

"When I started playing rugby all I wanted to do was be an All Black. That's my goal, whether other people expect me to do it or not."

Whether he'll get a chance to push for higher honours this year remains to be seen, with both Super Rugby and test matches on hold due to the Covid-19 pandemic.

Day 6 work: ‼️ - Pick up & press Shoulder press Backwards lunges & twist Sit up & press Single arm rows Container swings haha - 10 reps each exercise // 5 rounds - Learning to make use of what I’ve got lying around. Finish with 10 pages of the current book you’re reading cause we out hurr working our brains too lezzzzz GO‼️ - Song is ‘Through the wire’ by Kanye West

Kirifi concedes it's been difficult to maintain the level of training required of a pro player during the lockdown, but he's been getting creative in his Newtown flat.

"Make do with what you've got, it's pretty limited haha. I haven't been able to work out at a gym or train with teammates, so we just have to adjust and use what we have at home. Lots of road running, so fitness isn't an issue. Figuring out how to do workouts at home without weights is the challenge."

"I've got a 20 litre emergency water container haha, so I can use that for kettle bell things and stuff like that. I've got an old tyre with a mag lying around and I can use that for overhead presses. Just trying to keep that weight up and just eating heaps bro," he says with a laugh.

With just one other flatmate at home but working, Kirifi has largely been alone during the lockdown.

He misses his friends, family and teammates and believes maintaining those relationships during isolation is important.

"That's the challenge for everyone is not being able to connect with people you're close with.

"I do miss training and joking around with the boys, but technology really helps. I'm still talking to my family and we still have Friday beers with the boys over Zoom, which is a bit of a laugh, it's not that much different than catching up in person."

One of the teammates Kirifi misses most is fellow loosie and All Black star Ardie Savea. The pair have formed a genuine friendship with Savea helping mentor his younger teammate.

So how did the two get so close? Does Kirifi play for the Ories club in Wellington too?

"Haha, no way! That's not me bro, I play for Norths in Porirua and proud of it."

"When I first came to the Hurricanes he (Savea) and Counties-Manukau flanker Sam Henwood just took me under their wings. I looked up to Ardie when I was coming through and still do and I was stoked we formed a relationship. He's a good lad and we're just boys now so it's mean." 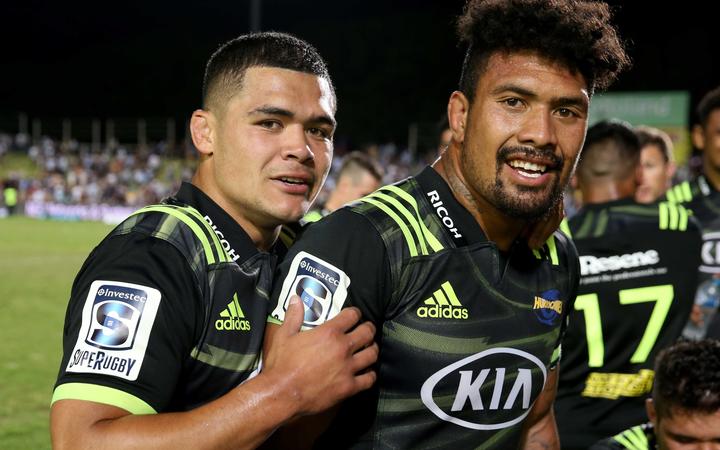 The likes of Savea and fellow Hurricane and All Black TJ Perenara are the leaders of new wave of players who intend on using their status for good.

They want to show it's OK to be vulnerable as sports stars and as men. They want to utilise their platform to draw attention to issues in society, to raise awareness about inequity and inequality and start discussions about important issues, both moral and political.

Kirifi is of the same mould.

"100 percent. We don't always have qualifications in other areas than rugby, but I think if we can positively use our platform to spread awareness or voice our opinions on certain topics and spur debate then I think that's a good thing. For example, Ardie has the ability to influence thousands of people and he wants to do that in a positive direction then that's the best."

"If we have the opportunity to bring light to certain topics then it can help others that relate to us and our backgrounds feel heard and help those that can't relate or have different world views and heritages see things from a different perspective, then that's pretty powerful."

Photography is one of Kirifi's passions outside of rugby and one he's still been able to indulge in during the level four restrictions.

"Pretty lucky down here in Newtown mate, I don't stray too far, just a couple of blocks, and there's plenty to see and shoot. It's paradise down here.

"I got given a camera and I just love taking photos mate. I seem to have a decent eye for it and it's nice to cruise around and take snaps of things and shoot the boys. It's pretty chill at the moment but I make a bit of money on the side doing various gigs for mates and stuff like that which is cool.

A selection of scenics

"I shoot it all. There's plenty of opportunity to do everything. As a rugby player you do a bit of travel and get to see some pretty cool places. My favourite thing to take photos of though is people, capturing that human emotion and stuff like that.

"The boys love it; sometimes I take the camera to the changing rooms and you see the boys playing up in front of it haha, taking that little bit longer to get changed. It's good fun and it was initially just something to clear the mind on a day off from rugby."

Papamoa turning it on for the lads. Unreal way to end the day

It's that balance that's key to Kirifi's mental well being.

"I guess for me, when I feel like I'm in control of the things I can control and feel like I have a good balance of things in my life then that's when I'm happiest.

"That means training well, having everything to do with rugby in line and going in the right direction. It doesn't matter whether I'm playing well or not so much, I'm happy as long as I know I'm working hard to be a better player. Outside of that I love to connect with good mates, take photos and spend a little bit of time by myself reading and writing. Just get that mix in and it's a good day in my eyes."

In just his second year as a contracted Hurricanes player, Kirifi could be forgiven for feeling miffed by the current situation. He can't play the game he loves, and is staring down the barrel of a 30 percent pay cut.

However, he finds it easy to stay grounded when others are losing their lives and livelihoods.

"Some people are doing it extremely tough at this time and I'm just very grateful that I still have a job as a rugby player. I'm one of the lucky ones."