Latest - The Tokyo Olympics are not contingent on the development of a vaccine for the coronavirus, International Olympic Committee member John Coates said. 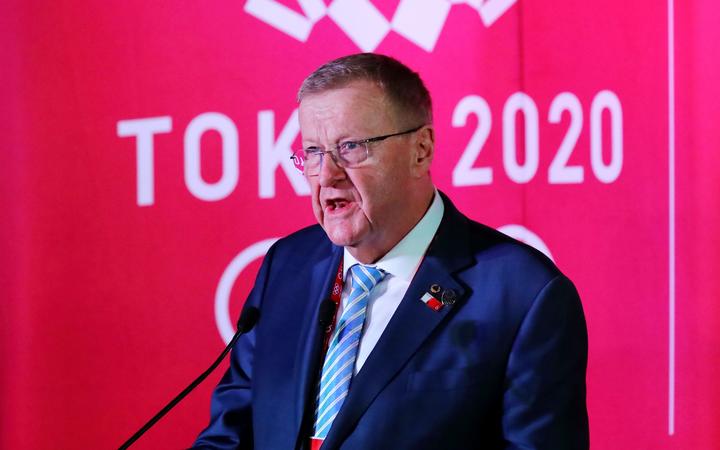 His comments come after the president of the Japan Medical Association, a powerful physicians' lobby, said yesterday it would be "difficult" for Japan to host the already postponed Games in 2021 without an effective Covid-19 vaccine.

Australian Coates, the head of the IOC's Coordination Commission for the Olympics, said JMA president Yoshitake Yokokura's comment was an "opinion".

"But the advice we're getting from WHO says we should continue to plan for this date and that is what we're doing, and that's not contingent on a vaccine," Coates said.

"A vaccine would be nice.

"But we will just continue to be guided, as we must be, by WHO and the Japanese health authorities because in all of this, the health and wellbeing of the athletes and other participants in the Games is the number one priority."

The Games, originally set to start in July this year, have been rescheduled for 2021, to be held over July 23 to Aug. 8.

Tokyo 2020 president Yoshiro Mori said in an interview that the Games would be "scrapped" if they could not take place in 2021.

New South Wales police have cleared Penrith rugby league player Nathan Cleary of committing any social distancing offences after having a group of women in his house. 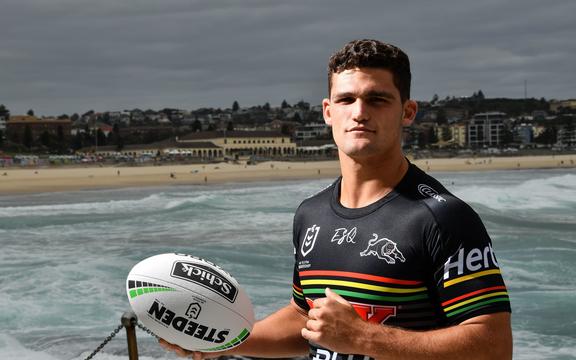 Cleary was in his own house, while the other people, who visited him, are still being investigated.

The NSW Origin half was fined $10,000 and suspended for one match by the NRL on Tuesday for bringing the game into disrepute after photos were published of him with several of the women on a lounge. Sixty per cent of the fine and the match ban will be suspended for the remainder of the season.

The Welsh Rugby Union has revealed they're supporting Sir Bill Beaumont to be re-elected as World Rugby chairman.

Voting opened this week with an official announcement expected on May 12th.

WRU chairman Gareth Davies says they're both very strong candidates but the general feeling was that Bill should be the next leader.

Rugby Europe has also pledged its support for Beaumont, but former Argentina scrum-half Pichot is being championed by the southern hemisphere Sanzaar countries, and has also positioned himself as a campaigner for emerging nations as he looks to shake up rugby's establishment.

New Zealand's Supercars champion Scott McLaughlin holds onto his overall lead despite failing to get a win in the fourth round of the Supercars E-series.

The races at the Monteal F1 circuit and Watkins Glen in New York were won by four different Holden drivers, including Shane van Gisbergen.

Ford's Cameron Waters was the overall winner of the round despite not winning one the races.

McLaughlin still leads the series the 10 round E-series standings by 80 points from Waters.

This year's Tour of Spain will not start in the Netherlands as planned because of the coronavirus crisis but from the Basque Country and will be reduced from 21 to 18 stages.

The cycle race was due to start from Utrecht on Aug. 14 but the UCI suspended competitive racing until Aug. 1 and said the Tour de France, initially due to be held in July, had been postponed to Aug. 29-Sept 20.

This decision has left no room for the Tour of Spain on its scheduled dates. The UCI is due to unveil a revised calendar next week.

The New Zealand Māori Rugby Board has welcomed the appointment of four new Board members during their Annual General Meeting and celebrated a successful year of Māori Rugby.

NZMRB Chair Dr Farah Palmer said Cushla Tangaere-Manuel, Arran Pene, Andre Baker and Andre Thompson are valued additions to the NZMRB and will ensure the continued growth and development that has been achieved.

The number of Māori rugby players numbers continued to grow in 2019, with a two percent increase on the previous year to 43,090 players.

Former All Black and Māori All Black, Pene brings a wealth of rugby and governance experience to the Board table, as does Tangaere-Manuel who is the current CEO of the East Coast Rugby Football Union.

Thompson holds several governance positions within rugby and Māori organisations and has taken the role as Chair of Te Waipounamu, while Baker, a former Horowhenua Kapiti representative player, also adds his extensive rugby experience as Chair of Te Tini a Maui.

The LPGA women's golf tour is hoping to get the 2020 season under way with the Dow Great Lakes Bay Invitational from July 15-18, the start of what will be a busy second half of the year. 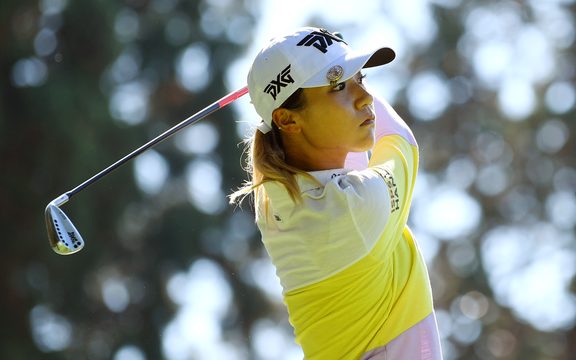 The tournament at the Midland Country Club in Michigan is one of 21 to be staged between July and December, if a return to play is possible due to the COVID-19 pandemic.

The revised schedule means the Women's PGA Championship has been postponed from late June to Oct. 8-11, but international travel restrictions remain a major threat with events in North America, Europa and Asia.

The first major of the season, The Evian Championship, has been scheduled for Aug. 6-9 in France, but Prime Minister Edouard Philippe said on Tuesday that sports events in the country would be banned until September at least, putting that event in major doubt.

Manchester United have received approval to install 1,500 barriers at Old Trafford next season which will allow supporters to safely stand.

The club submitted their proposal to Trafford Council last year and the seats -- which come with a rail for fans to lean on when they stand -- will be installed in the north-east quadrant of the stadium.

Standing at grounds in the top two tiers is banned but clubs have looked to find a middle ground, with Wolverhampton Wanderers installing rail seats at their Molineux stadium last year.

The club's managing director Richard Arnold said the seats would improve spectator safety in areas where fans are prone to standing more often during games.

Manchester United Supporters' Trust said they were delighted that the club was given the go-ahead after campaigning for several years to make it a reality.

MotoGP's German, Dutch and Finnish rounds in June and July have all been cancelled due to the Covid-19 pandemic.

The German Grand Prix had been scheduled for June 21, followed by the Dutch TT at Assen on June 28 with Finland's new KymiRing making its debut on July 12.

The Dutch race was the only venue to have featured on the world championship calendar in every year since it started in 1949.

MotoGP's season has yet to start, with the first 11 races affected by the virus, and organisers have yet to publish a fully revised calendar.

Races in Spain, France and Italy have been postponed and are looking uncertain.

The next race on the original calendar is the Czech Grand Prix in Brno on Aug. 9.

Qualifying for the 2020 Tokyo Olympic golf tournament will be extended to June 2021 to accommodate the year-long delay caused by the coronavirus outbreak.

For the men's Olympic Golf Ranking, points can now be accumulated through the period ending June 12, 2021 while the women's qualifying will run through June 28.

The field for both men and women will consist of 60 players.

A decision on the resumption of rankings has not yet been made.

The top 15 players at the end of the qualifying period will be eligible for the Olympics, with a limit of four players from any given country.

Beyond the top 15, players will be eligible based on world rankings, with a maximum of two eligible players from each country that does not already have two or more players among the top 15.