All Black Richie Mo'unga has apologised on social media for what New Zealand Rugby has called an "unacceptable" lockdown breach. 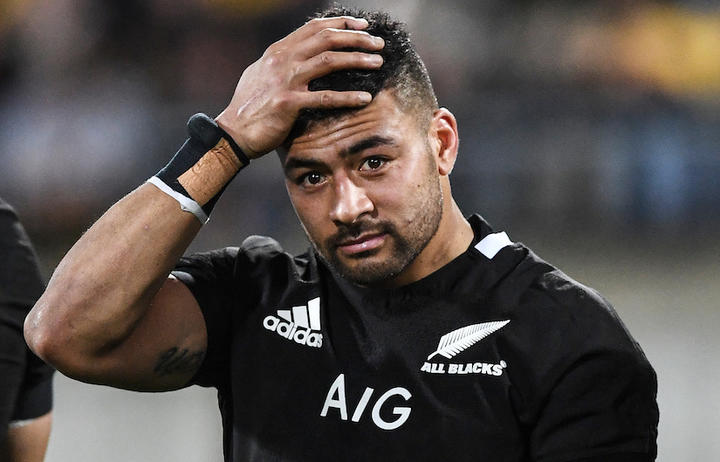 A group of Crusaders players, including Mo'unga, were filmed training at a Christchurch park on Monday.

The gathering appeared to go against the government's lockdown rules, but Mo'unga said it was a coincidence that the players were in the same place at the same time.

In an Instagram video, Mo'unga explained he could be a better role model and said he made no excuses.

"This was not an organised training, there were no communications beforehand saying that we should train at this park together. It was by coincidence that I rocked up and they were there training," he said.

"My local park is their local park and our training schedules are the same so we run on the same days and it just happened to be that it was the same time as well."

Mo'unga said when he arrived at Malvern Park he called out to his teammates from afar and trained by himself.

"As I'd finished one of my running sessions the ball had been kicked over, and instinctively I went over and picked the ball up and threw it back to them. I will say that was the only interaction I had with them apart from talking to them."

Mo'Unga said he "didn't think twice" about throwing back the ball but acknowledged he "needed to be more careful".

The player had also recently announced on Instagram he was expecting his first child with his wife, and that she was half-way through pregnancy.

In the media conference update this afternoon on Covid-19, Director-General of Health Ashley Bloomfield was asked how dangerous could it be for the player who had a pregnant wife and broke his "bubble".

Bloomfield replied that he could not comment on specific situations, but said the player was likely in as much trouble at home as he was in the media.

"What's clear to me is that it's clumsy and not wilful, it was not pre-arranged," Mansbridge said of the three "bubbles" of players that ended up at the park.

"They actually washed their hands after the transfer of equipment between and washed the equipment down when they got home which is standard behaviour even when there is two of them in the same bubble."

Mansbridge said the players were "very contrite" and players had been reminded of what was and what was not acceptable under the Covid-19 lockdown.