Opinion - I would be euphoric if Ardie Savea went to rugby league.

Ecstatic, astonished, you name it.

But most of all I would be heartened. Heartened that the Tonga rugby league phenomenon was real. That money doesn't beat all. That heritage and family do matter and that a New Zealand rugby player of significance had put those first.

This all remains to be seen, of course. Savea, New Zealand Rugby's 2019 player of the year, has said on two podcasts that he's keen to play a bit of rugby league, mostly because of culture.

As an All Black, the 26-year-old loose forward has made his rugby choice. He either plays test matches for New Zealand or no-one at all.

Rugby league affords him an opportunity to embrace his nation of heritage. Sure, he could play for the Kiwis, but Savea has said Samoa would be his choice.

"For me it's how proud the Samoan people are and I know how much Samoans give to rugby internationally...my old man's face if he knew I was going to play [for Samoa],'' Savea said.

Lots of people were quick to condemn players such as Jason Taumalolo, David Fusitu'a and Sio Siua Taukeiaho when they changed their international rugby league allegiance from New Zealand to Tonga.

But what people came to understand was their decision wasn't so much about a dislike or disregard for one culture, but a deep affection for another.

These men, and others such as Manu Ma'u, Andrew Fifita and Michael Jennings, wanted their international rugby league to come from the heart. They'd represented New Zealand or Australia or New South Wales - and been immensely proud to do so - but playing for Tonga was about more than that.

It was, in many instances, about honouring parents who'd taken them to new countries and sacrificed so much to give them opportunities. Who'd worked long hours and suffered various indignities so that their children might enjoy an easier life in this foreign land.

The other part relates to what Sonny Bill Williams was talking about, when he said it would be nice for the All Blacks' coaching staff to reflect the diversity of the playing group.

Players need to feel valued and respected. If they are to succeed, then they need their culture and background to be recognised and celebrated.

The Tonga rugby league team allowed Taumalolo, Fifita and company to be themselves and to connect with their heritage and, just as importantly, to win test matches.

It's all very well to talk a good game, but Tonga have played several too, beating traditional powerhouses New Zealand, Great Britain and Australia.

Rugby's eligibility laws don't allow men such as Savea to change allegiance. He can admire his parents all he likes, but he can never represent the nation of their birth.

Rugby league would be a great fit for him on all sorts of levels. Not least because he and Williams could play for Samoa together.

Savea has long idolised Williams, who's already indicated he might like to play for Samoa now that's he's back in rugby league himself. 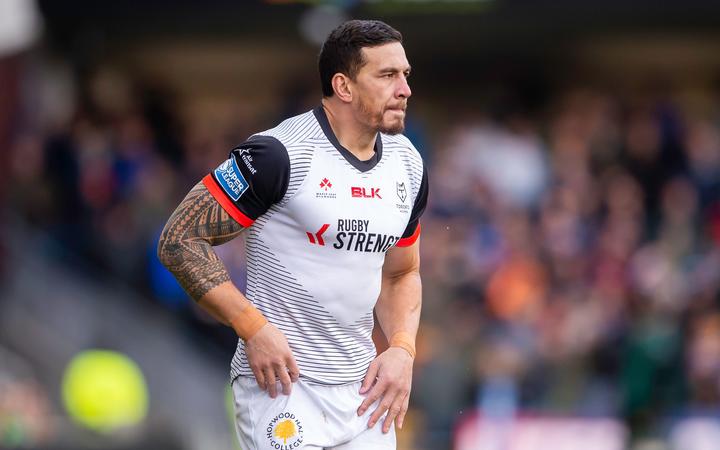 More than anything, you sense Savea is a man who wants to control his own destiny and not be beholden to New Zealand Rugby (NZR). Sure, he's valuable to them now, but he knows how quickly that can change.

It's not so long since Savea's older brother Julian was one of NZR's highest-earners. Reports vary as to how hard Julian Savea worked for that money, but there's no doubting the speed with which NZR dispensed with him once he ceased to be of use.

You doubt Ardie Savea, who's off contract with NZR at the end of next year, will ever put himself in a similar position. Time will tell whether that's because he's switched to rugby league, taken a rugby contract elsewhere or simply gone off to pursue other interests.

Increasingly players of Savea's stature demand incentives to stay with NZR. The lustre of the black jersey wears off and they demand more money for less work.

For Savea to not only choose another code, but to do it in honour of his family and heritage, would represent a remarkable change for the better.