This is where you feel a bit sorry for Gary Stead. 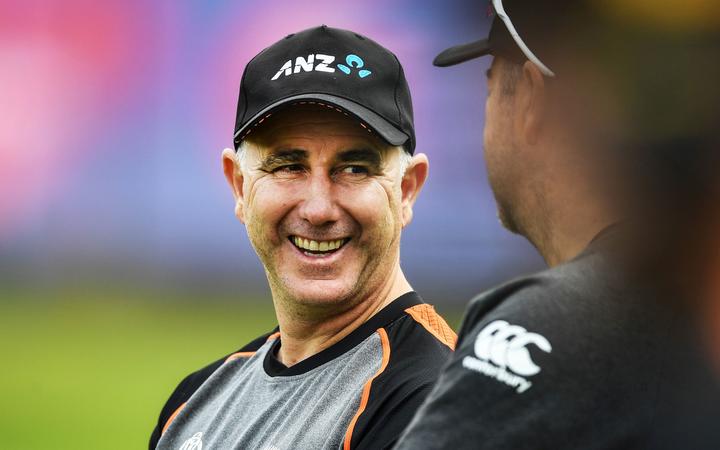 The embattled Black Caps' coach took a spell from the role recently, to freshen up and spend time with his family. It's odd that someone would ditch work during their busiest time of year, but Stead and New Zealand Cricket (NZC) insist it was a good idea.

One of the problems for Stead, though, was this pre-planned break came at a time when the team couldn't win a game to save themselves. Then, what do you know, the coach ducks away and the players comfortably claim a one-day series win over India in his absence.

Now back at work, Stead says he's a bit miffed that folk queried his whereabouts and even accused him of a dereliction of duty.

Former New Zealand captain Jeremy Coney was among those to wonder aloud if Steve Hansen, for instance, would have bailed on the All Blacks during the middle of their test season.

The Black Caps, as Coney noted, have an inactive few months ahead of them in which Stead and his family can see plenty of each other, so why disappear when the team needed him most?

Stead addressed those comments this week and basically dismissed Coney as irrelevant. It pays to be careful who you make an enemy of in a country this small and that's why you feel a bit sorry for Stead.

By virtue of Black Caps' head coach, Stead appears to think he's entitled to a bit of respect and to have his words and deeds accepted without question. He is the coach of all New Zealand and if he and his employers decide something, then that's that.

The problem for Stead is that he's lucky to be in this job. Thanks to the proliferation of lucrative Twenty20 leagues, elite coaches rarely opt for the grind of international cricket anymore.

They can instead make a small fortune for a few weeks' work, leaving plenty of time to keep acquainted with their kids.

If, for argument's sake, Stead were Ravi Shastri or Gary Kirsten or Mickey Arthur or Justin Langer - or anyone with real standing in world cricket - then people might be more forgiving.

Instead he's a guy that many will argue has been promoted above his station and, rather than wandering off when he feels like it, should be working night and day to try and prove his worth.

This isn't a situation unique to Stead. New All Blacks coach Ian Foster is about to confront it, just as former Silver Ferns boss Janine Southby did.

All Blacks coach Ian Foster will be in a similar situation to Stead in the coming months, Hamish Bidwell believes. Photo: Photosport

People will respect the office a person holds, but they're under no obligation to respect or rate the office-holder themselves.

The opposite is true for someone such as current Silver Ferns coach Noeline Taurua. It's wonderful that she was able to guide the team to last year's Netball World Cup crown, but failing to do so wouldn't have hurt her reputation.

People, whether they follow netball intimately or not, know Taurua is elite in her field. They can tell from just watching her and listening to her that she's a leader.

Throw in her long and illustrious track record and you have someone that not only players believe in, but the man and woman in the street too.

The Silver Ferns can lose, as they narrowly did to Australia in the post-world cup Constellation Cup series, and people won't hold Taurua responsible. Far from it, in fact.

They'll instead assume she did well to get so much out of the players she had available to her.

Stead's not afforded that luxury and nor will Foster be should the All Blacks lose a game or two under his watch. But that's not their fault, they didn't appoint themselves.

Sometimes your national body sets you up to fail, simply by giving you a job to which people don't believe you're entitled.

Stead's going to struggle to change that view, but he could at least buy himself a bit of goodwill by turning up for work every day and taking criticisms on the chin.

He's not, after all, so widely admired that he can dismiss someone of Jeremy Coney's stature.