The Highlanders have pulled off a great escape in Canberra to record their first win of the Super Rugby season. 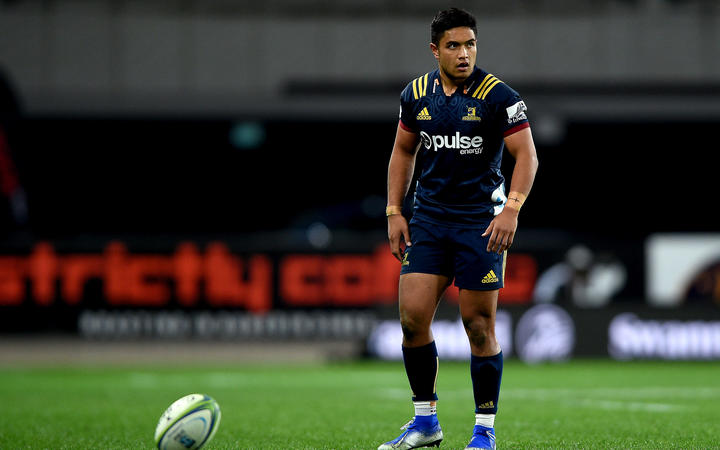 Josh Ioane of the Highlanders, during the Super Rugby match between the Highlanders and the Bulls, held at Forsyth Barr Stadium, Dunedin, New Zealand. 7 June 2019. Photo: Photosport

Josh Ioane has kicked a conversion in the 85th minute to secure the Highlanders a 23-22 victory over the Brumbies, after replacement loose forward Teariki Ben-Nicholas scored well after the final hooter.

Highlanders coach Aaron Mauger has praised his players' resilience in the closing stages.

"I thought there was a lot of courage shown in that last five or six minutes. We could have gone safe but the guys really expressed themselves and put it out there, which is what we wanted, and created that opportunity to win the game," Mauger said.

The southerners trailed 12-3 half an hour into the match and 22-16 with just 15 seconds remaining when captain James Lentjes produced a crucial turnover and won the Highlanders a penalty.

"We train those scenarios whether we're up or whether we're behind and need to get the ball back and I thought the guys executed their plan very well," Mauger said.

"I think Ash Dixon was actually the first guy there that took the shot for Jimmy to take the glory. It was a team effort and Jimmy just happened to be the guy on the ball at the end and gave us that opportunity to have another crack at them."

The match was not without controversy, with the Brumbies believing Highlanders winger Sio Tomkinson should have been sent off for a dangerous tackle in the second-half.

Tomkinson didn't wrap his arms as his shoulder hit Brumbies fullback Tom Banks' head but referee Nic Berry deemed the initial contact was shoulder to shoulder and opted for a yellow card.

Brumbies coach Dan McKellar didn't blame the decision for the loss but believes Tomkinson should have been red carded.

"If you're asking me as a rugby fan, I thought, from what we've seen previously, I thought it was in that red card threshold," McKellar said.

Mauger conceded by the letter of the law his winger's night could have been over.

"If you're reffing to the letter it's contact with the head, but I don't think there was any malice there and there's nowhere for him to go.

"It's one of those ones that happens in a split second, so I don't think there was any chance of pulling out."