It was a good night at the office for the Chiefs and Hurricanes in round three of the Super Rugby competition. 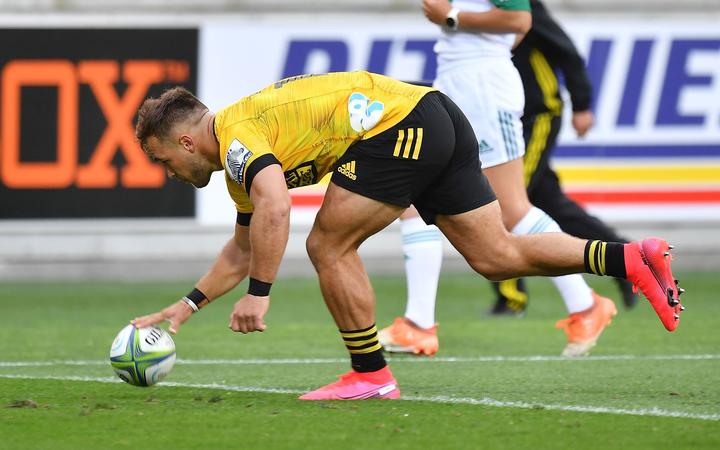 The Chiefs kicked off proceedings on Saturday afternoon, taking on the Sunwolves in Tokyo.

It wasn't a perfect start for the visitors, who let the Sunwolves score within the first six minutes of the match.

However, the sluggish start quickly evaporated for the Chiefs, with outside backs Solomon Alaimalo and Shaun Stevenson scoring a try each to give them the lead.

The Chiefs scored another two tries before the half time break, while the Sunwolves scored one to go into the sheds with the score at 24-12.

After the break, the Chiefs picked up where they left off, scoring another three tries to put the match beyond doubt, running out 43-17 winners.

It was the Chiefs third straight win to leave them at the top of the New Zealand conference, and overall Super Rugby ladder.

Meanwhile, the Hurricanes got to play in front of their home crowd in Wellington for the first time, taking on an in-form Sharks side that had upset the Highlanders the week before.

The two sides couldn't be separated after the first 40 minutes, with the scores locked at 17-all at half time.

Wes Goosen and Ngani Laumape both crossed the line for the hosts in the first half, while Jordie Barrett handled the kicking with ease.

An intercept from Lukhanyo Am led to a try for Michael Tambwe, while flanker Tyler Paul also barged his way over for five points.

The second half of the match was a different story, with the Hurricanes' destructive winger Ben Lam single handedly taking the match out of reach for the Sharks, scoring back-to-back tries in quick succession.

Jordie Barrett had a standout performance for the Hurricanes, kicking five conversions, and one penalty, and played a vital role on both attack and defence for his side.

A late try to Hurricanes hooker Dane Coles sealed the victory, the Hurricanes running out 38-22 victors.

The win lifted the Hurricanes to third on the New Zealand ladder, just a point behind the Crusaders.