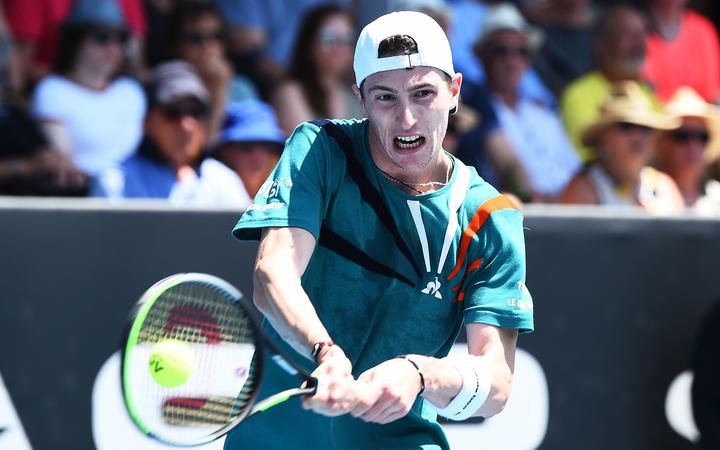 In a gripping final lasting more than two-and-a-half hours, the 21-year-old has beaten fellow Frenchman and fifth seed Benoit Paire 7-6 3-6 7-6 in Auckland on Saturday to claim his first ATP Tour title.

The world No 57 also avenged his loss to three-set loss to 24th-ranked Paire in their only match, which came last year, and became the first French player to claim the men's title at the event.

Players from France had been unsuccessful in five previous attempts to claim that accolade.

Humbert's previous best result on the Tour had been three semifinals, including his loss to Paire at the Winstom-Salem tournament in the US.

It was Humbert's first ATP title. 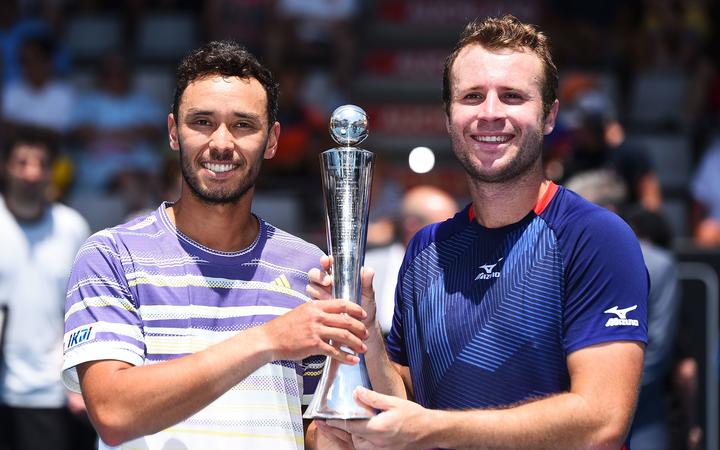 Ben Mclachlan from Japan and Luke Bambridge from England after winning their doubles finals match against Marcus Daniell from New Zealand and Philipp Oswald from Austria at the 2020 ASB Classic Mens. Photo: PHOTOSPORT

Hailing from Queenstown but now playing for Japan, McLachlan and British player have beaten New Zealand's Marcus Daniell and his Austrian partner Philipp Oswald in straight sets in Saturday's final in Auckland.

The Japanese-British combination were 7-6 (3) 6-3 winners on centre-court.

McLachlan, who has a Japanese mother, won the doubles title at the event last year playing with Germany's Jan-Lennard-Struff.

Daniell was unable to pick up his second ASB Classic doubles title, having lifted the trophy back in 2010 with Romanian Horia Tecau.