Manchester United manager Ole Gunnar Solskjaer named England defender Harry Maguire as the Premier League team's new captain - the latest in a series of appointments which indicate the long-term plans the Norwegian has for the rebuilding of the club. 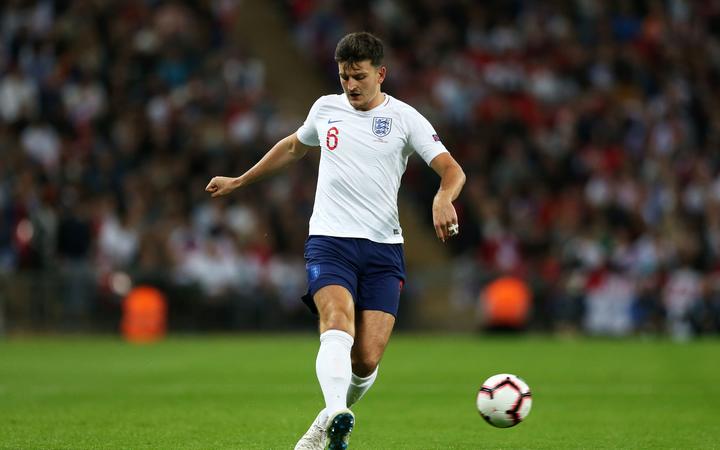 While much of the focus on Solskjaer's management has been on the emergence of young players such as Mason Greenwood and Brandon Williams, behind the scenes the coach has been restructuring the club, making a series of key appointments.

The 26-year-old Maguire joined United in August for a reported fee of $160 million, making him the most expensive defender in the world, and signed a six-year deal with an option for a further year.

"He's come in and been a leader in the group. I've been, not surprised, but I've been impressed by his leadership skills," said Solskjaer, whose side face unbeaten Premier League leaders Liverpool at Anfield on Sunday.

The appointment fits in with a series of moves made by Solskjaer since he was named manager in March, after a three month spell as interim boss following the departure of Jose Mourinho.

The former United striker, who won six Premier League titles and a Champions League during his time with the club under Alex Ferguson, made clear upon his arrival that he wanted to restore the 'United way' established by his former manager.

Solskjaer returned to the club with Mike Phelan, Ferguson's former assistant, and while he has led United to fifth in the current standings, he has also undertaken a major overhaul of the club's backroom staff.

The Norwegian has brought in or promoted twelve staff to roles in coaching, sports science, strength and conditioning, recruitment, youth and data and analysis departments, as he bids to get the club back in shape to challenge Liverpool and Manchester City at the top of the league.

Martyn Pert, a coach who also has a Masters in Sports Science, joined the coaching staff in September, where he has teamed-up with another Solskjaer appointment, Mark Dempsey, who had worked with the manager at Molde in Norway, having also managed in Sweden.

Ed Leng was brought in from Australian club Melbourne City to be lead sports scientist while Michael Clegg was hired as strength and power coach.

Richard Hartis was brought back to the club as senior goalkeeper coach and Craig Mawson joined the club last month to work under him.

As well as bringing in fresh blood, Solskjaer has also led an overhaul of the academy structure as he looks to rebuild the club's tradition of promoting players from the youth ranks.

Solskjaer is intimate with the club's development structure having previously managed the reserve team, winning two league titles and two cups in that role between 2008 and 2011, before going on to win two Norwegian league titles with Molde.

Nicky Butt now reports directly to the manager in his role as head of first team development, charged with bringing players through, while Nick Cox took over as head of the academy.

On the recruitment side, Simon Wells was made Solskjaer's 'personal scout' to identify transfer targets and the club has also radically upgraded its use of data and technology to assist the coaching staff.

On the commercial front, United's corporate team continue to expand the club's presence globally, with a particular focus on new deals in China.

While some fans have expressed frustration about a lack of incoming transfer activity, it appears the relationship between chief executive Ed Woodward and Solskjaer is solid.

"As a club, we've got to stick together, we've got to be united, we are a family," Solskjaer said after some fans sang anti-Woodward chants during the recent 4-0 league win over Norwich City.

"I can only say from when I've been here I've been backed by the owners, I've been backed by Ed and they're supporting me, so for me, make sure they stick together. They (the supporters) have just got to believe me when I say I feel we are doing loads of good things behind the scenes."