ASB Tennis Classic's biggest names are back in singles action today with top seed Serena Williams and Caroline Wozniacki playing their second round matches in Auckland. 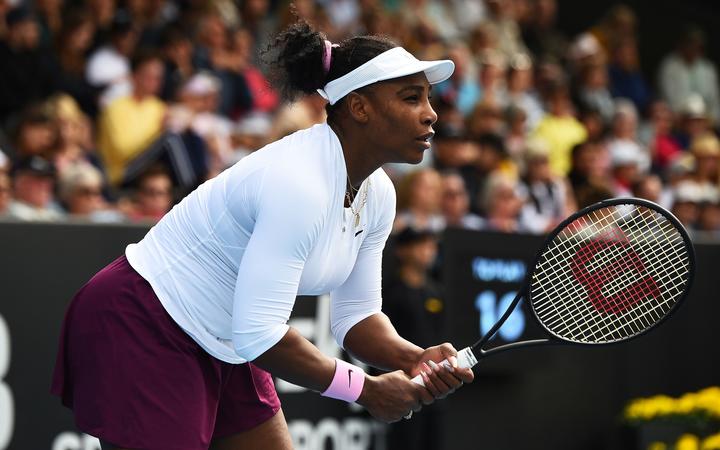 The pair are into the doubles semi-finals after winning their second round match last night.

The 23-time grand slam champion Williams has faced McHale three times in her career with a 3-0 winning record. However, two of their matches have gone the distance including at Wimbledon in 2016 where Williams won 6-7 6-2 6-4.

American teen sensation Cori "Coco" Gauff will look for a quarter-final berth when she opens the day session against Germany's Laura Siegemund.

The 15-year old Gauff showed Kiwi tennis fans why she is touted as one of the games brightest talents - showing off her game in an impressive first round win.

Laura Siegemund was far too strong for Gauff's regular double partner Catherine McNally 6-2 6-2 in the first round.

The 31-year-old will look to use her crafty all court game to challenge Gauff for a spot in the quarterfinals where Williams or McHale will await the winner.

The big hitting German is looking to keep her hot streak at the ASB Classic alive as she goes head to head against Swiss player Jill Teichmann.

This will be the first meeting between the players but as history suggests, Goerges is at home on this court.

Caroline Wozniacki's swansong at the ASB Classic continues as she opens the night session.

The Danish star will have a tough second round encounter with former champion Lauren Davis. Wozniacki, has been a loyal visitor to Auckland reaching the final in both 2015 and 2018, she's a fan favourite who's looking to finish her career on a winning note.

The diminutive Davis has found her feet again after slipping out of the top 200 in 2018, the former ASB Classic Champion is now sitting back inside the top 100, inching her way back to her career best ranking of 26 in 2017.

Wozniacki has won both their two previous meetings including a 6-1 6-3 victory in Beijing last year.