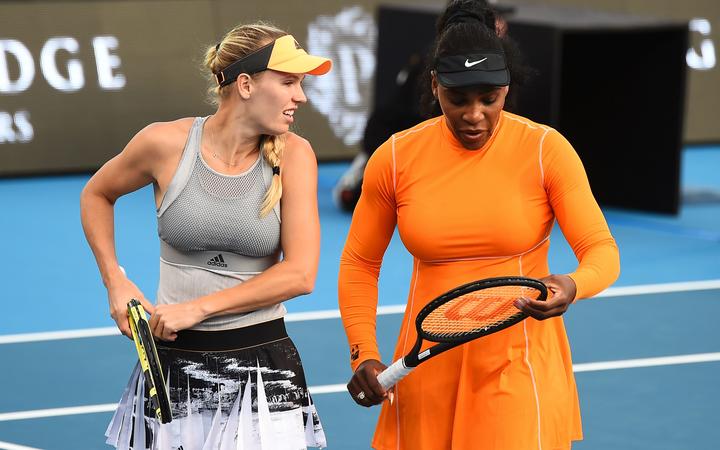 The Americans Gauff and McNally were the first pairing through to the semifinals of the doubles after they beat Australians Jessica Moore and Arina Rodinonova 6-3 6-2 to continue to their impressive tally of wins as a duo.

A shaky start saw Gauff's serve broken but they recovered.

Williams and Wozniacki, in just their second doubles match together, made light work of the number one seeds Caroline Dolehide and Johanna Larsson in the opening WTA event of the year.

Williams and Wozniacki won the Wednesday night centre court match 6-2 6-1 in less than an hour.

It was a clinical display from the two players who will play singles matches on Thursday.

New Zealand player Erin Routliffe and her American doubles partner Allie Kiick won the opening set of their first doubles match, but they could not keep the more experienced pairing of Caroline Garcia of France and Julia Goerges of Germany from moving through to the quarterfinals.

Garcia and Goerges won 4-6 6-1 10-8 and will play Taylor Townsend and Asia Muhammad in the next round.

In the closest doubles match of the day, the Belgians Kirsten Flipkens and Alison Van uytvanck prevailed over Monique Adamczak and Katarina Srebotnik in a tiebreak set.

Earlier in the day, two seeded players suffered upset losses in the second round of the singles. 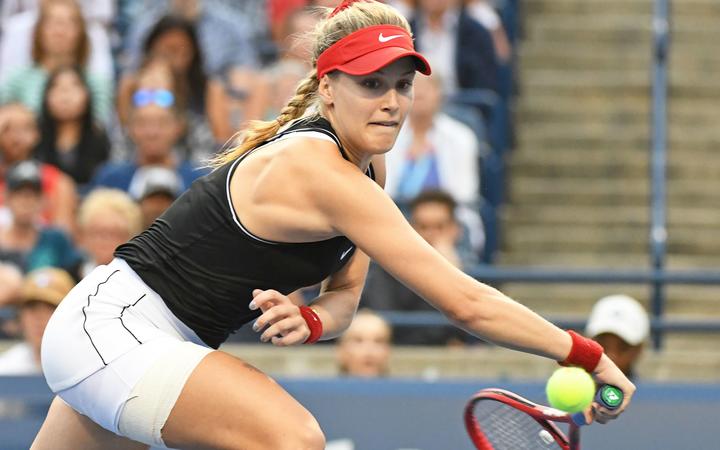 Cornet, who served an ace to win the match which lasted just over two hours and 15 minutes, credited her serve for helping her claim the victory.

The 29-year-old will meet Jessica Pegula, of the US, in the quarterfinals.

Pegula needed a little more than an hour to beat Tamara Zidansek of Slovenia 6-2 6-3 in their second round match.

In the third singles game of the day, Canadian wildcard Eugenie Bouchard upset French eighth-seed Caroline Garcia to move through to the quarterfinals.

Bouchard and Anisimova meet in the next round.