New Zealand was forced to concede that they had been outplayed in all departments on their tour of Australia, but will try to learn from the experience and look to rediscover their form in next month's home series against India. 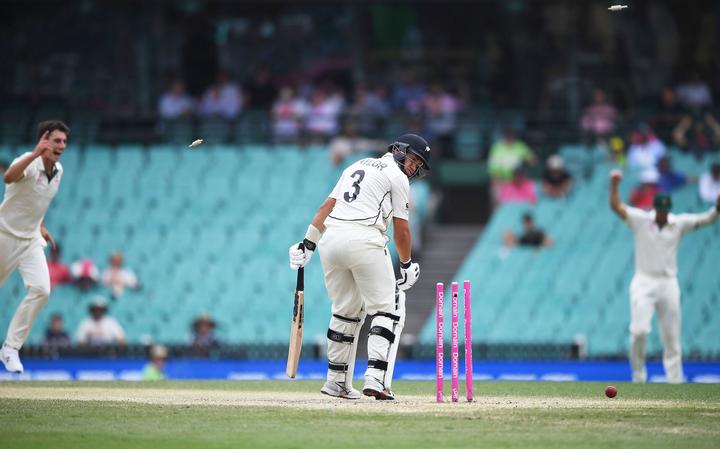 The Blacks Caps were unbeaten in their six previous series before they flew across the Tasman Sea, but will head home with their tails between their legs after losing by 296 runs in Perth, 247 runs in Melbourne and, on Monday, 279 runs in Sydney.

There were mitigating circumstances after injury robbed them of their fastest bowler, Lockie Ferguson, in the first Test, and their best bowler, Trent Boult, for the first and third matches.

Captain Kane Williamson and batsman Henry Nicholls were also missing from the Sydney Test after falling victim to a flu bug which ripped through the camp, but the series was already long lost by then.

It would have been hard to put a gloss on a batting performance which saw the team score more than 250 runs only once in six innings, and stand-in skipper Tom Latham did not even try.

"From a batting point of view we never reached the standard we set ourselves," Latham told reporters.

"There's no one more disappointed than ourselves. We came over here with some high expectations after some of the cricket we've played, but credit has to go to Australia, the way they've played."

Latham said there was no time for recriminations with Virat Kohli's India on their way to New Zealand for Tests in Wellington and Christchurch at the end of next month.

"It's important we don't start pointing the finger or looking at other factors," he added.

"It's important we learn from this and when we get back together as a red ball team, we face India and we can hopefully play our brand of cricket."

One bright footnote to an otherwise forgettable tour was Ross Taylor passing Stephen Fleming to become New Zealand's most prolific run scorer in Tests when his 22 runs on Monday took him to 7,174 from 99 matches.

Taylor paid a tearful tribute to former New Zealand captain Martin Crowe, who died of cancer in 2016, as he spoke of his achievement.

"I guess it's an emotional time because my mentor Martin Crowe, that was one of the goals he put down for me was to be New Zealand's highest test run-scorer.

"To be honest I didn't believe him, but I'd have loved for him to be here and help celebrate."