The full men's field for the ASB Classic Tennis tournament has been confirmed, with world No 12 Fabio Fognini completing a group of five top 20 players. 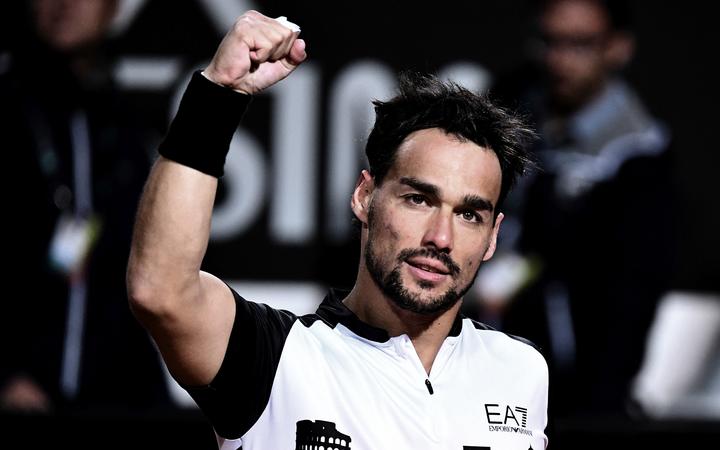 ASB Classic tournament director Karl Budge says the flamboyant Italian is just the sort of player desired for the tournament.

"Fabio is one of the true entertainers on the ATP Tour.

"He is quite possibly the most naturally talented guy on tour. When he is on, there are few players that can stick with his level, as he showed beating Rafa in Monte Carlo - a tournament Rafa has owned throughout his career.

"His array of shot making is unbelievable and is always entertainment plus. That is really important for us to have that variety and contrast of styles".

Known as much for his flair as his colourful exchanges on court, Fognini reached a further six quarterfinals in 2019 (ASB Classic, Hamburg European Open, Los Cabos, Montreal Masters, China Open, Shanghai Masters) and the round of 16 at the French Open.

Excluding the Italian, the other three top seeds are a group all still in their early twenties.

Budge said he was delighted to bring 23-year-olds Medvedev and Khachanov and 20-year-old Shapovalov to Auckland.

"Not only are they part of a really exciting group that will be leading the men's game for the next decade, they have already shown they will be fighting for Grand Slams in 2020.

"Medvedev has probably had the most impressive season on tour whilst Denis' finish to the year was mighty impressive. I genuinely believe any of these three could go on to capture the Australian Open right after us."

Shapovalov and Khachanov are rewarding investments made early in their careers, having both played at the ASB Classic twice previously on their rise up the rankings.