Latest - Spain have made light work of a youthful Canadian side to win the inaugural edition of the new-look Davis Cup tennis competition with a 2-love win to claim the team trophy for a sixth time in Madrid.

Rafael Nadal won the decisive second point as he fought off Denis Shapovalov for a 6-3 7-6 win.

Roberto Bautista Agut put Spain up 1-love with an emotional victory over Felix Auger-Aliassime in Madrid.

Bautista Agut made a surprise return to the team following the death of his father on Thursday and was in tears after the win.

Black Caps on track to go one nil up in the test series against England - Read more.

All Blacks coach appointment all but a done deal - Bidwell - Read more.

Sheffield draw with Man U

With just one win in their last 10 premier league away games it was Manchester who were on the back foot for much of the game and trailed 2-nil until midway through the second half when they finally came to life to score and make it 2-1.

They added the equaliser a few minutes later and Manchester then went ahead 3-2 in the 79th minute only for Sheffield to level the match at 3-all in the dying moments.

He took to social media after yesterday's final round of the Australian Supercars championship to say he was calling it quits earlier than he would have expected, and it was time to start a new chapter.

Stanaway, who turned 28 yesterday, made his name in 2010 by dominating the German F3 championship and went on to win races in GP3 and GP2 as well as for the Aston Martin factory team in the World Endurance Championship.

He won the Sandown 500 as a codriver in 2017 but struggled for success in two full seasons in the Supercars championship with a best placing of 9th.

The Adelaide 36ers scored the highest total of the season on the way to a 117-100 win over the New Zealand Breakers in Adelaide last night. 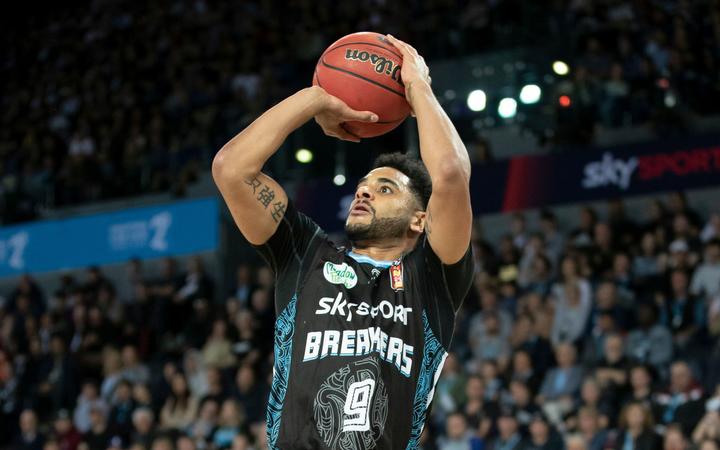 It was a shootout early in the piece with both teams combining for 57 points in the opening quarter.

Corey Webster had been the spark for the Breakers scoring 14 points in the first term, but once he left the floor with a nasty looking ankle injury in the second quarter, the Sixers were able to take full toll.

That saw the home team head into half-time leading 60-43 and they went on with the job in the second half piling on another 30 points in the third term, and 27 more in the fourth.

The 117 points scored by Adelaide was the biggest total put up by any team this NBL season.

For the Breakers, Sek Henry top-scored with 18 points while RJ Hampton added 15 and Brandon Ashley 13.

The Breakers have managed two wins this season.

Australia beat Pakistan by an innings and five runs on the fourth day of the first test at the Gabba in Brisbane on Sunday to take a 1-0 lead in the two-match series.

Babar Azam (104) hit his second test century and Mohammad Rizwan 95 to stall Australia's march to victory and once they had departed, Pakistan were soon all out for 335.

Marnus Labuschagne (185) and David Warner (154) on Saturday helped Australia accumulate a first-innings tally of 580 in reply to Pakistan's 240.

The second test, a day-night affair, starts at the Adelaide Oval on Friday.

India beat Bangladesh by an innings and 46 runs in the second and final test to complete a 2-0 series sweep, winning their maiden day-night test inside three days at Kolkata's Eden Gardens.

Skipper Virat Kohli top-scored for the hosts with 136 before they declared their first innings on 347-9.

Bangladesh, all out for 106 in the first innings, managed 195 in the second.

Mushfiqur Rahim (74) topscored for the tourists, while Umesh Yadav (5-53) was pick of the Indian bowlers.

India had triumphed inside three days in the series opener in Indore.

Deontay Wilder retained his WBC heavyweight title on Saturday with a seventh round knock-out of challenger Luis Ortiz.

In a repeat of their 2018 fight, the Alabama fighter soaked up pressure from his older opponent before sending him to the canvas with a straight right hand to the forehead.

Ortiz was on his feet before the end of the count but was still shaky and the referee called an end to proceedings.

The decision was a tough one for the 40-year old Cuban, who had made all the running in the early rounds.

It takes Wilder's record to 42-0-1 and sets him up for a February, 2020 date with Tyson Fury, the undefeated British boxer he drew with in Los Angeles almost a year ago.

"After that I am looking for a unification bout," Wilder said. "I want one champion, one face, one name and he goes by the name Deontay Wilder."

Spain's Jon Rahm claimed the Race to Dubai title after he held off fellow contender Tommy Fleetwood to secure a one-shot victory at the season-ending DP World Tour Championship.

Rahm opened up a six-shot advantage after seven holes at Jumeirah Golf Estates before Fleetwood made a late charge, finishing with a final round 65 to set the clubhouse target at 18-under.

Needing a birdie at the final hole to beat Fleetwood's mark, Rahm produced a sublime bunker shot to within three feet before rolling home to secure the Harry Vardon Trophy.

The 25-year-old Rahm became the second Spaniard after the late Seve Ballesteros to win the European Tour's season-long Race to Dubai crown or its predecessor, the Order of Merit.

The New Zealand bowls team have come away with a gold, two silver and two bronze medals from the Multi Nations tournament on the Gold Coast.

The men's triple of Ali Forsyth, Andrew Kelly and Chris Le Lievre won gold after going unbeaten through the tournament.

Jo Edwards and Tayla Bruce picked up silver in the women's pairs.

Gary Lawson and Jamie Hill also had to settle for silver in the men's pairs, going down 17-12 to Canada in the final.

The Blackjacks will be back in action in all eight disciplines today in the first Trans Tasman test at Club Helensvale.