New Zealand rally driver Hayden Paddon concedes his dream of returning to the World Rally Championship (WRC) is over. 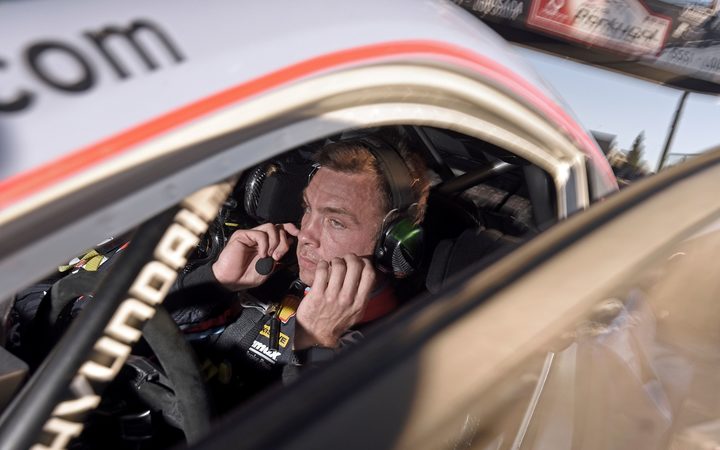 The cancellation of the Australian leg of the WRC at Coffs Harbour means Paddon's bid to push his case for a fulltime contract in 2020 has been dashed.

Dropped by Hyundai after five years, the 32-year-old Paddon was given a lifeline by Ford ahead of Rally Finland in August but never got to compete after crashing in practice.

He got another chance to compete in the Rally of Australia but that was cancelled yesterday because of the New South Wales bushfires.

"The right decision was made to cancel the event... there's much bigger things than sport - the fires are devastating."

"We needed a score on the scoreboard this year and that's what we were hoping to do here and showcase what I know we can achieve and use it as a platform to go and talk to teams and see what opportunities we can get for next year but without that it is very tough now.

Paddon said he doesn't want to rule out competing in the WRC again with a 'never say never' attitude, but his focus is now on other projects.

"It's likely this was our last WRC event and its unfortunate it's ended like this."

Paddon is trying to remain philosophical about the way his WRC has seemingly ended, finished on the podium eight times in the WRC with his sole win the Rally of Portugal in 2016.

"The odds are stacked against us now and there's just not the opportunities out there and we have got other things to focus on with our own motorpsort project we can't just keep all our eggs in one basket."

"There comes a time in life when there is a bigger picture...and the last three years have been setback after setback and it's not for a lack of trying, a lot of other drivers would probably had sat back and waited for something to come their way."

Despite the disppointments of the past few years Paddon isn't bitter - just 'gutted'.

"We should have acheived a lot more it just feels like we haven't been given a fair shot over the past two to three years and that's the most frustrating part."

Paddon will ponder his rally future over the summer and will compete in some track and stock car events.