Some Tall Ferns have never played a home game but they'll get the chance during this week's Olympic qualifying tournament in Auckland. 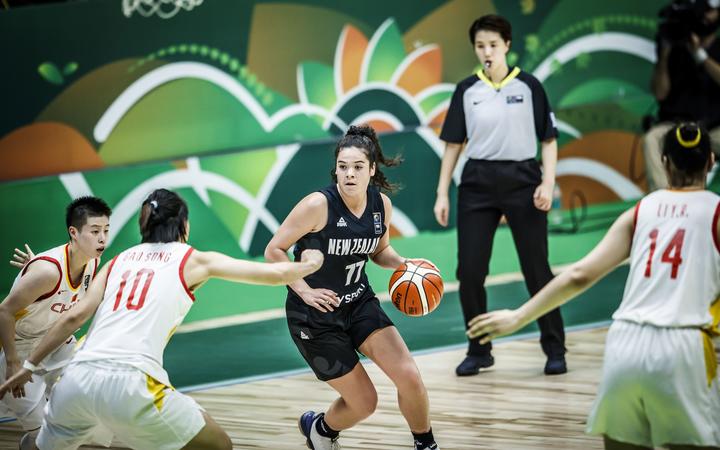 Tall Fern Charlisse Leger-Walker will play at home for the first time in her senior representative career on Thursday. Photo: Supplied

It's the first time since 2015 that the New Zealand women's basketball team will play in their own back yard.

For one of the team's rising stars the opportunity to play in front of friends and family "is a really big deal".

Charlisse Leger-Walker has represented senior and age-group New Zealand basketball teams, as well as her school side, all over the world but a rare chance to pull on the black singlet at home is special for the proud Kiwi.

"It does mean quite a bit to me, especially since it is one of the very few times the Tall Ferns have actually played any home games," she said.

Leger-Walker first entered the Tall Ferns environment as a 16-year-old.

She became the youngest ever player to play for the Tall Ferns when New Zealand claimed the bronze medal at the 2018 Gold Coast Commonwealth Games.

Despite still being the youngest in the squad, at 18-years-old, Leger-Walker said she was not out of place.

"It's definitely not an environment where they make me feel any less than any other player."

Tall Ferns coach Guy Molloy anticipated Leger-Walker would be a core part of the New Zealand team for many years to come.

"She has the best touch of any player I can remember at that age," Molloy said.

"Earlier this year I really challenged her to improve her defense so she could better contain star international guards, and she responded exceptionally well."

Leger-Walker said a lifetime of playing with older girls in her sister Krystal's teams taught her a lot and helped develop her game.

"I also referee and I used to sit on my sister and mum's benches doing the stats for the games and that really helped me start to understand the game and break it down analytically and I think that is one of my biggest strengths is having that on court vision and on court IQ," Leger-Walker said. 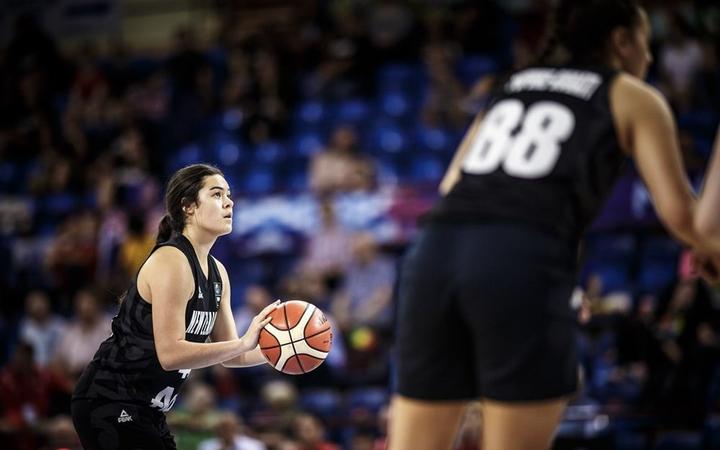 The former basketballer attended the 2000 games in Sydney and captained the New Zealand team at Athens in 2004.

"She loved the experience and has a lot of stories to tell about it too," Leger-Walker said.

Now that she is on the cusp of her own Olympic journey, Leger-Walker admitted it was hard not to think about Tokyo 2020.

The top two nations from this week's Olympic qualifiers will go through to a final round to be played in February. From February's 16-team tournament, the top 12 will qualify for the Olympics.

"I've definitely thought about it but you can't get ahead of yourself, you've got to get the job done first, that's what we are gunning for - getting those two out of three wins or even if we could go for the third win as well that would be pretty cool," Leger-Walker said.

New Zealand open their tournament against Philippines on Thursday night before matching up against China on Saturday and Korea on Sunday.

China is ranked one of the top teams in the world and will be tough opposition, Leger-Walker said.

The last time the Tall Ferns took on China, at the FIBA Asia Cup in India in September, the New Zealanders kept the Chinese to just eight points in the first quarter, but could not get a win.

"That was a pretty rare thing to do… but they've got such a good programme and good depth in their team and their ability to keep going the whole game is something we need to implement in our game as well," Leger-Walker said.

Leger-Walker said the Tall Ferns consider the games against the Philippines and Korea as must-win.

At the conclusion of the Auckland tournament, the St Peter's School Cambridge student will sit three of her final exams before heading to the United States to confirm which college she will attend next year on basketball scholarship.

She was also named in the Tournament All-Star Team at the ISF World Schools Championship in Crete this year, where St Peter's finished fifth.

It is not just on the basketball court that Leger-Walker claimed titles, she also lead her school to victory in the 2019 national secondary schools netball championship.

So, Olympics or not, 2020 is shaping up to be another busy year for Leger-Walker.