England coach Eddie Jones has long asserted that 21st century rugby is a 23-man game and the battle between his eight "finishers" and South Africa's "Bomb Squad" bench could have a big influence on Saturday's Rugby World Cup final. 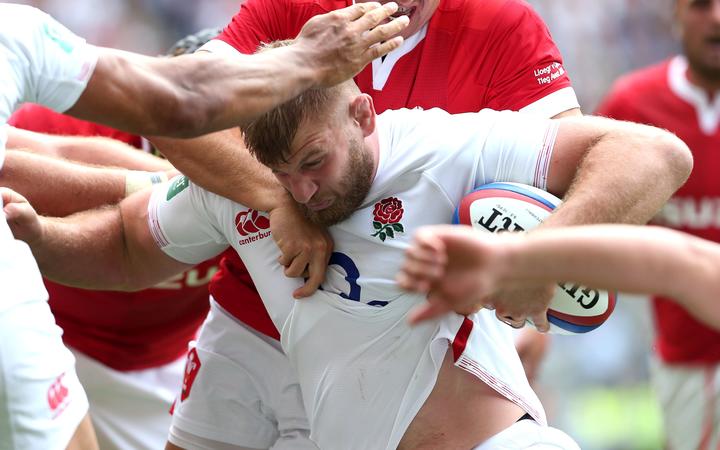 Only injury substitutions were initially allowed in rugby but tactical replacements were gradually introduced with now eight players available off the bench because of the necessity of covering front row injuries.

Top coaches now build the use of those replacements into their game plans, allowing them to bring off fatigued or injured starters as well as introduce key impact players for strategic reasons.

After causing a ripple of surprise by naming George Ford on the bench for the quarter-final against Australia, Jones cheekily promised to e-mail some English journalists to explain how the game had changed over the last 30 years.

Lock George Kruis, who will be one of the eight England replacements at Yokohama International Stadium on Saturday, said Jones's position was not just a sop to make players not selected for the starting 15 feel a bit better about their role.

"There is a massive emphasis on the finishing side. I think from different experiences, I fully believe it, I fully buy into it," he told reporters on Friday.

"I see it as everyone has a role in that 23, like everyone does in the 31. If you look at the players who they can bring on, they have points at the end of the game.

"We have a massive role as finishers. We are confident in our bench, in our finishers.

"We are looking forward to it. They have a good pack. A 6-2 split. We know what's coming. It's about manning up and dealing with it."

South Africa's split of six forwards and only two backs on the bench enables the Springboks to almost completely overhaul their pack for the last half an hour of the game.

They have forged a specific identity as the Bomb Squad because, as coach Rassie Erasmus explained: "They either come in and fix it when it is not going well on the park or it is a false alarm and maybe they don't even get onto the park."

"They have their own little ways to get each other up and when they come on, the difference that they make.

"They've been huge for us this year, as you've seen, we know we can give everything on the field because the next guy coming is only going to lift it."

The Bomb Squad's exclusive celebrations triggered accusations of racism in South Africa after a video circulated of black winger Makazole Mapimpi walking away from a huddle of replacements after their victory over Italy.

However, Erasmus explained that all players who were not replacements were excluded from the celebrations.