The All Blacks have finished third at the 2019 Rugby World Cup, beating Wales 40-17 in Tokyo. 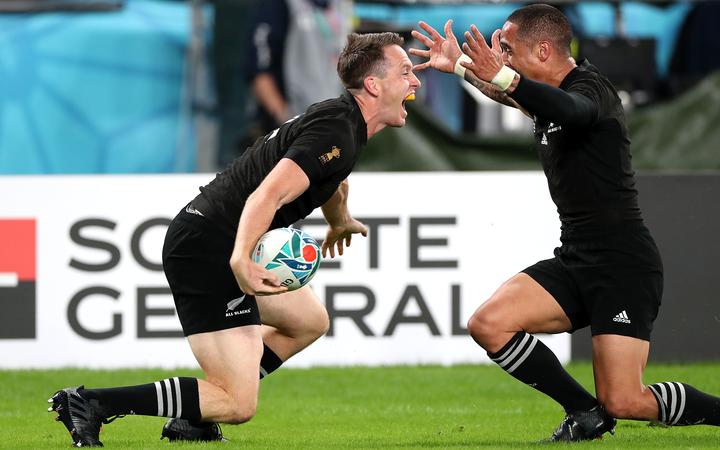 After the loss to England in the semifinal last week, New Zealand ended its World Cup campaign - and Steve Hansen's tenure as head coach - on a positive note with the win in the third-place playoff, extending their 66-year winning streak over Wales to 31 Tests.

Playing with intent and accuracy that had been lacking last weekend, New Zealand scored six tries to two at Tokyo Stadium.

Hansen said the players did very well to pick themselves up for the match.

"There was a lot of external talk about not wanting to play this game.

"We've come off an extremely disappointing result against England but I think we've come back and shown some real character and commitment to the jersey.

Both teams came to play and Wales, also saying farewell to coach Warren Gatland, ran the ball at every opportunity.

But it was the All Blacks who racked up four first-half tries to prop Joe Moody, fullback Beauden Barrett and Ben Smith, who picked up a double in his last game for the team.

The outgoing outside back was denied a hat-trick by the Television Match Official, but still went past Jonah Lomu on the All Blacks all-time try-scorers list.

Wales got on the scoreboard with a try to Hallam Amos and a penalty from Rhys Patchell, but trailed the All Blacks 28-10 at halftime.

Ryan Crotty got in on the action with a try early in the second half, Sonny Bill Williams providing the set-up in the last Test for the midfield pair.

While Wales scored their second try at the hour-mark after hammering away at the line, Richie Mo'unga had the last word for the All Blacks with a try in the 75th minute. 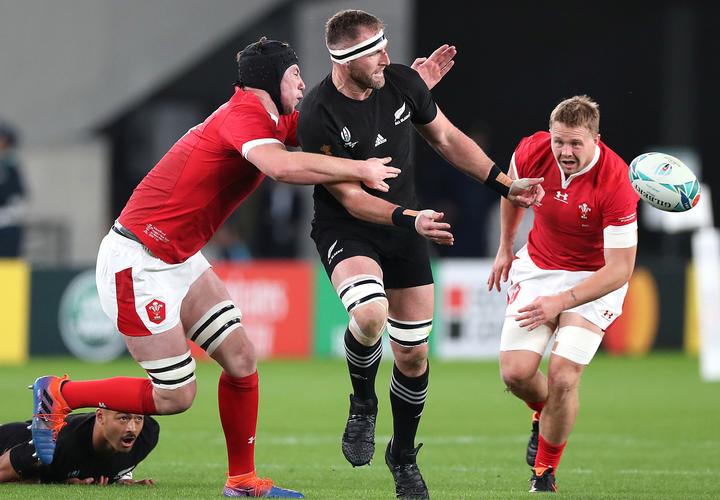 There was a number of stand-outs for the All Blacks in the match, including veteran outside back Ben Smith and man-of-the-match, lock Brodie Retallick.

But Hansen believed it was captain Kieran Read who deserved much of the credit for the victory.

Hansen, who along with Read has now been part of his last game with the New Zealand side, said the skipper had played a huge role in the wake of the semifinal loss.

"He's a great leader but this week he needs to take a bow.

"He was hurting more than anyone most, and we saw that earlier in the week. But he put his own personal feelings to the side and knew that this team had to get up.

"When you sit there and see the performance they put in, you can be nothing but proud of it."

Read said he was proud but the disappointment of defeat to England was clearly still lingering.

The All Blacks captain was joined by his children on the field after the game and said as time went on he would be able to truly appreciate those moments.

"To have your family out there at the end to come and share a bit of a special moment, it was great and I'll hold these memories for a long time.

"In terms of this World Cup, it's going to take a little bit of time to get over but certainly in the end I'll come back with some fond memories."

South Africa, who beat Wales in the other semi-final last weekend, face off against England in the final at Yokohama International Stadium tonight at 10pm (NZT).