A move to the United States is back on the cards for Scott McLaughlin after the Supercars star impressed American motorsport giant Roger Penske with his stunning maiden Bathurst 1000 victory. 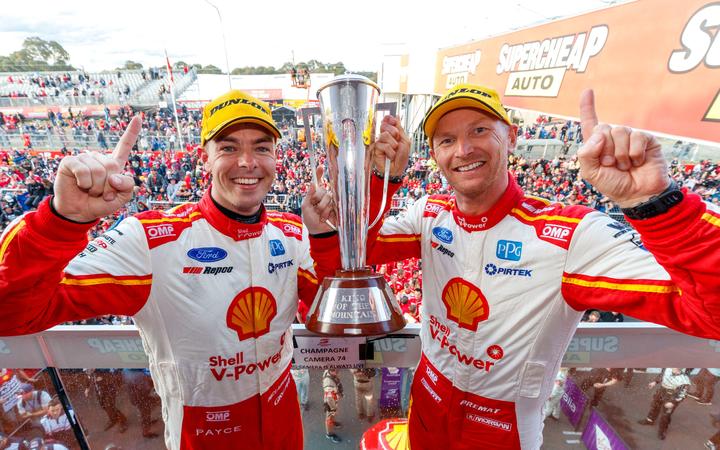 And the Ford gun admitted he didn't care what category Penske had in mind for him in the US, saying he'd "race a wheelbarrow if I need to".

McLaughlin, 26, has been linked to a NASCAR move but that appeared to be put to bed when the defending series champion re-signed with Supercars heavyweights DJR Team Penske in July until the end of 2020.

However McLaughlin's Ford team's majority owner Penske - who also owns NASCAR and IndyCar outfits - kept the door ajar for his charge after the American savoured his first Bathurst victory at Mount Panorama on Sunday.

"We want him to come over (to the United States)," Penske said.

"He's got a good future. You will see him in America I am sure in the near future."

Asked what made McLaughlin such an appealing NASCAR prospect, Penske said: "Let's call him a race driver.

"He's a guy who knows how to win, knows how to race fast and has great commercial savvy to us in today's world as we deal with our partners."

McLaughlin then interjected: "I will race a wheelbarrow if I need to". 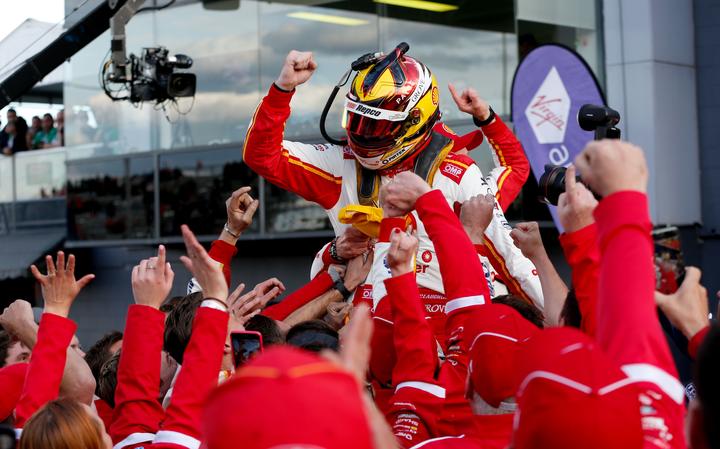 But Penske hinted that he would only look at relocating McLaughlin once he completed his current Supercars contract.

"We have a job to do here. We are committed to our sponsors on a long term basis so we have to look at that," he said.

"Scotty has a great future with us. People ask what are we going to do next - at the right time we will figure that out."

McLaughlin seemed happy to stay in Australia for now.

And why not - McLaughlin extended his Supercars championship lead to 622 points with his stirring Bathurst victory.

With Penske looking on from the Ford garage, McLaughlin held out a hard charging Shane van Gisbergen by 0.68 seconds to be crowned King of the Mountain for the first time.

A Bathurst win appeared to tick off the last entry on McLaughlin's wish list in Australia but the New Zealander said he still had things to achieve in Supercars.

Asked what was his next challenge, McLaughlin said: "Who knows but I still have things I want to achieve here, I want to keep winning."

Penske was sure grateful McLaughlin wanted to stick around in Supercars after the Kiwi reinvigorated his once battling DJR Team Penske outfit since signing in 2017.

"We knew getting Scott was going to make a big difference," he said.

"He lifts the momentum of the team, and I think that helps him lift to the next level."

Team co-owner Dick Johnson added: "Having Scotty up front is a real bonus, from our point of view he is a cut above the rest."