Simon Child will make his long-awaited return to the New Zealand men's hockey team tonight, completing his comeback from a near career-ending injury. 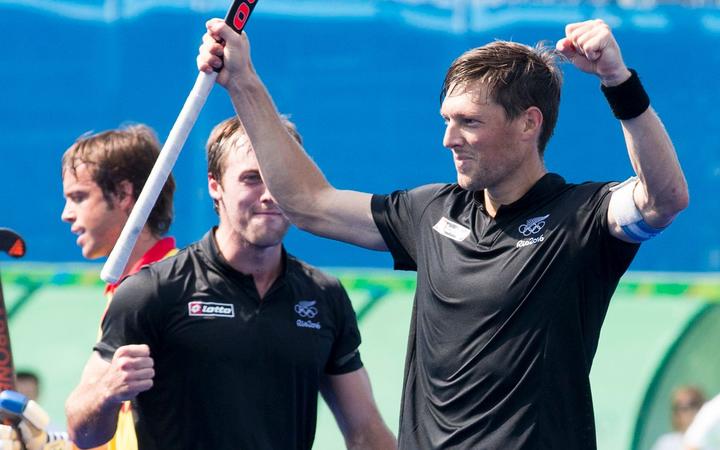 The former national captain will play for the Black Sticks in the first of four matches against Japan in Stratford this evening, having played the last of his 274 international games at the 2016 Rio Olympics.

Child, 31 suffered a serious hip injury in early 2017 and only returned to club hockey this year.

He was named in the New Zealand squad for the Olympic test event in August, before being a late scratching and didn't feature in the Oceania Cup series against Australia in Rockhampton last month.

"It'd be fair to say if we were 100% honest we were pretty worried about him," Smith said.

"You do have that sense that perhaps his time may be over and he may have to concentrate on life."

Smith became more optimistic when Child returned to training late last year and was impressed by how he performed for Auckland in its run to the National Hockey League final in Mt Maunganui last month.

"It's exciting to have him back. He's a man that can influence a game of hockey and we're looking forward to just settling him into the programme over the Japan series and then for him to show his class in that Korean series at the beginning of November."

It's the first time Smith has coached Child, but they have a long history.

"I actually know him pretty well. I was his first room-mate in 2005 when he made his debut in a Malaysian series.

"He did a couple of things that were pretty good. He loaded my laptop with music..which probably modernised my music considering he was 16 and I was 32.

"He's a good operator in around the squad. He's a real leader in the group and a pretty easy guy to coach."

There will be extra competition in the midfield, with two-time Olympian Steve Edwards also returning for the first time since 2015.

It's not the only area of the pitch where players are vying for selection in next month's two match Olympic qualifying series against South Korea.

Former Kookaburras goalkeeper Leon Hayward has started training with the squad and is putting pressure on the incumbents.

"Richard Joyce and George Enersen are good 'keepers, but having a bit of competition brings out the best in people and that's what they're hopeful Leon will provide," Smith said.

Darren Smith is using the four test series against Japan to get familiar with their surroundings in Stratford before the two matches against South Korea, which will also be played in the Taranaki town.

"It's a great opportunity to settle in I guess and make the place like home and then get ready for what will be an important two game series against Korea at the beginning of next month.

"It's not hard. It's a great little piece of New Zealand [and] the locals are happy to have us."