In a sea of All Blacks jerseys, Namibia supporters were vastly outnumbered but they stood tall and proud of their team's efforts. For the briefest of moments Namibia could enjoy the feeling of being ahead of New Zealand at 3-0, and the score remained close throughout the first half. 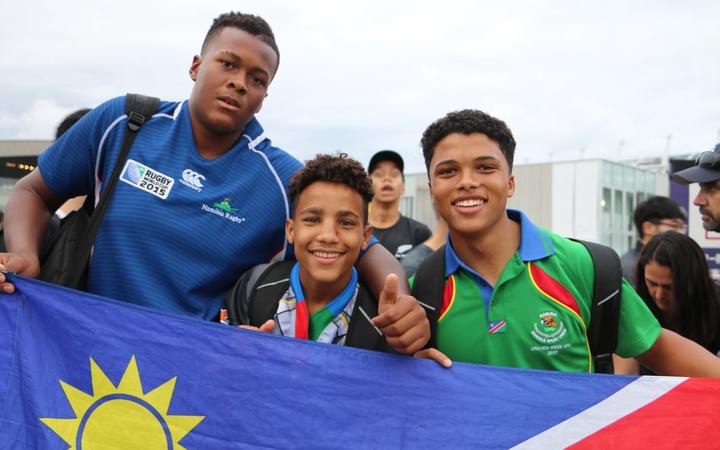 It was this half of the match that Namibia fans chose to dwell on, including the captain, Johan Deysel's family, who were among the crowd.

"We've got a fantastic first half, we are quite proud about our first half and our boys put their bodies on the line", said Johan senior. "We are not a professional team, they've got a lot of amateurs and we knew that the second half they [NZ] were going to be tough."

"We're incredibly proud of the team," added Deysel's wife Nadia, "It's a team that put their whole heart into it, and it was amazing." 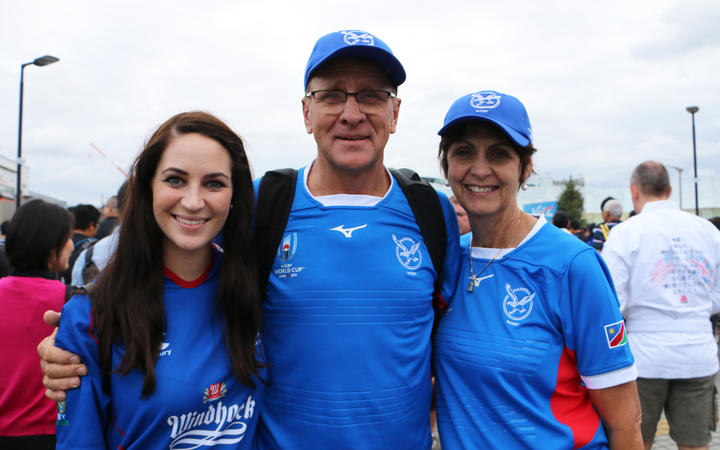 "I think the game should have ended after 20 minutes. 10 minutes each way, that's a fair score," said Mark Reinecke, who had his own wishful outcome of the game embroidered onto the back of his shirt, which read 'NAM 54 - NZL 12'.

"For me the first half was very good, and then the second half the nerves and the pressure just started getting to them," said Levalle Underheel as he waved the Namibian flag with his friend Kauaa Katjirua.

Katjirua noted the boys had become tired in the second half, but also pointed out a lot of their players don't get paid to play rugby, and have to fit rugby training around working their regular jobs.

"When the score was 9 to 10, we were very proud. And through the game we're still very proud." 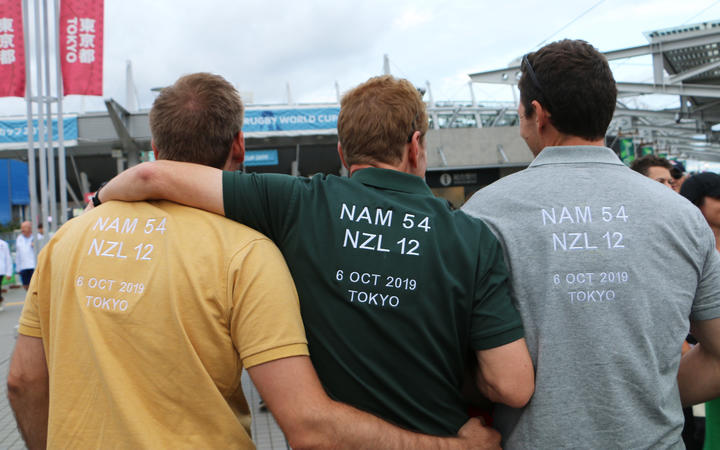 A number of English supporters wore the Welwitschias colours for the night including Andy Barraclough, who praised the team for holding the All Blacks to 24-9 at half time. "Because New Zealand must have been targeting nil. But for Namibia to score 9 points is great."

With a tough pool, Namibia are still chasing their first victory at a Rugby World Cup. Brit Will Almy, who was supporting Namibia because "it's more interesting than supporting the All Blacks" thinks Namibia can get it done. "Canada looked a bit ropey in their last game. I think they deserve it."

Hugh from Australia was also fully dressed in Namibia kit, "You've always gotta go for the minnow. I'm an Aussie so of course I'm gonna go against New Zealand, this is just a good way of doing it."

He too is hopeful for a win for Namibia against Canada. "I think they'll do it, I think the coaching staff they've got in, all the Welsh boys have done an excellent job. That's the one they think they can win, and I think they can. They've been playing well enough." 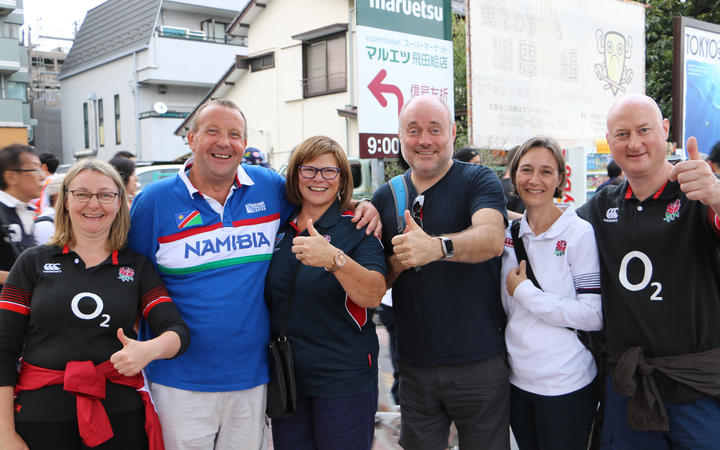 "I think all the teams - Uruguay, Georgia, they're all putting up a good fight,'' said Liam and Luke Starley, who would normally be supporting England but were there to support the underdogs.

"Namibia put up more of a fight than Canada, so it should be good."

When asked about the upcoming clash against Canada, Namibia captain Johan Deysel said, "We will have a chance and we just have to work hard this week. The team that wants it most will get it."