All Blacks coach Steve Hansen had no problems with yellow cards being given to two of his players in their 71-9 victory over Namibia yesterday, but reminded World Rugby that sometimes "contact was unavoidable". 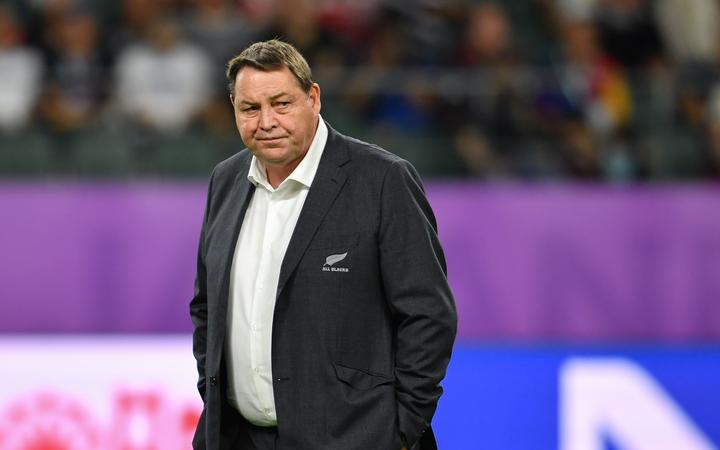 The All Blacks overcame a sloppy first 30 minutes against the lowest-ranked side at the World Cup to run in 11 tries and move to the top of Pool B before they play Italy in their final game next Saturday in Toyota City.

New Zealand, however, had props Nepo Laulala and Ofa Tuungafasi sinbinned by referee Pascal Gauzere for high tackles, even though both Namibian players were falling when contact occurred, which possibly saved Hansen's players from a potential red.

"I thought the two yellow cards were fair under the guidelines," Hansen told reporters at Tokyo Stadium.

"But it is tough when a player is falling and you are committed, [because] then there are going to be times when you make connection and I'm not sure how you can avoid that.

"I think that is why they have allowed for the mitigating circumstances and it only becomes yellow card."

World Rugby has cracked down on making contact with the head at the tournament and took the unusual step of admonishing their own officials following the first weekend of matches after several incidents went unpunished.

Since then three players, John Quill of the United States, Uruguay's Facundo Gattas and Argentina's Tomas Lavanini have all been sent off for dangerous tackles involving contact with the head.

While teams have all spoken about specifically training to lower their target heights when making tackles, Hansen said there were times where contact with the head was purely accidental.

"It is difficult at the moment," Hansen added.

"The powers that be are asking us all to tidy it up and I think each team is doing their best, but sometimes there are circumstances that are just about unavoidable.

"Unfortunately that is where the game is at the moment."

Namibia, who have never won a World Cup match in 22 attempts, opened the scoring and trailed 10-9 after half-an-hour but bridging the huge gulf in class was beyond them and their physical challenge waned as they tired.

"First half was pretty disappointing. We didn't turn up with the right attitude and the Namibians made us pay for it," All Blacks coach Steve Hansen said.

"That's a good lesson, isn't it? Second half, there was plenty of good stuff in it."