Silver Ferns coach Noeline Taurua is realistic about how long veterans Laura Langman and shooter Maria Folau might stick around. 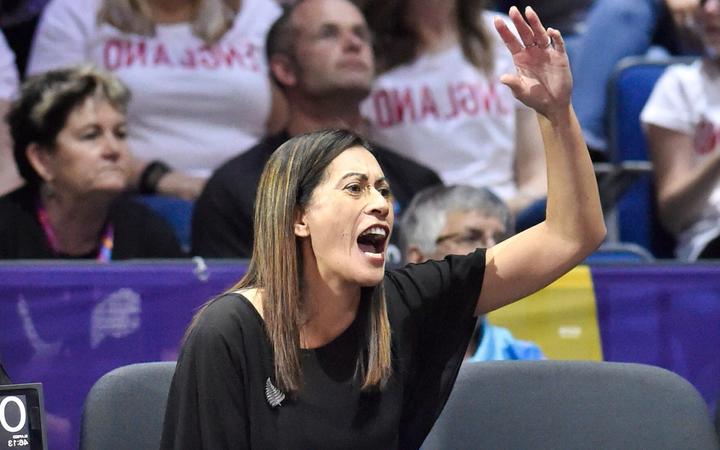 She's having to think about replenishment and improvement in New Zealand's elite netball ranks and is trying to do some of the ground work now.

Taurua stuck with her Netball World Cup winners for next month's Constellation Cup against the Australian Diamonds in naming the team yesterday.

There was one change with Michaela Sokolich-Beatson effectively replacing Casey Kopua, who retired after July's triumph in England.

Sokolich-Beatson was a no-brainer - the defender went over to Liverpool as injury cover for Katrina Rore.

Shooter Maia Wilson, who was also a World Cup reserve, will join the team for the Australian leg of the series.

Wilson has been in and out of the side since making her debut in 2016 and Taurua said she had been working on aspects of her game.

"Especially in her physical side of her game. She's been able to meet all the standards, but also she's training really hard."

Taurua is realistic that the decorated careers of captain Langman and shooter Folau might be up soon and she had to think about succession planning.

"We have to start looking at what's going to happen post Maria and post Laura, we're very lucky that we have got them involved this year but knowing that time is near before they will retire.

"Maia is one of those players - she was involved in the under 21s in winning the Youth World Cup, and she was involved with us in the lead up to the World Cup so the transition should be minimal. She knows all our strategies and opportunities are starting to arise not only for her but also the next level of players coming through." 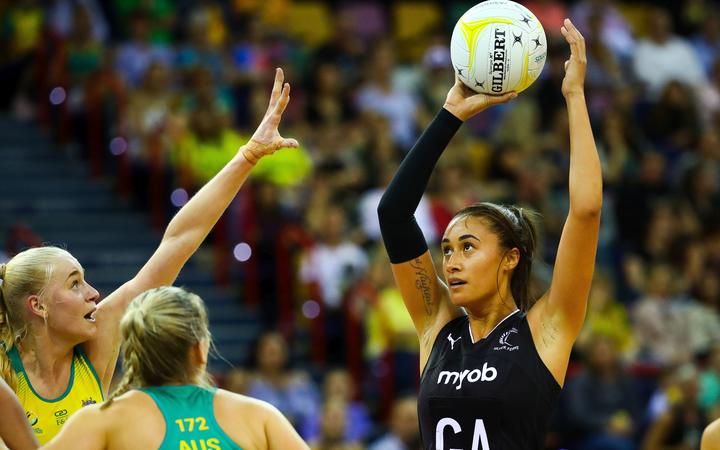 Taurua, who will make a decision on her coaching future after the northern series in January, said the shooting end was one area of the court where more depth had to be built.

"When we look at the NZAs there are stocks of players coming through and we just need to raise their I suppose their fitness levels, we've got time to be able to do that."

Taurua anticipates a tight contest for defensive spots with a plethora of quality defenders coming through the development squad including Kelly Jury and Temalisi Fakahokotau who are returning from injury.

"We're very fortunate that we do have an abundance of in-circle defenders knowing that some of them are coming back from injury but also that we need to make sure that we do the work with them now and strategize about their return to play programme."

Taurua is also pleased with the depth in the midcourt and the talent coming through.

The 13 who were selected for the Constellation Cup had to pass the same fitness standards again that were a pre-requisite for the World Cup.

"All those players have met the standards, and it has helped that we do have history, and it has been successful with the players that we've had so far.

"The players are all familiar with what is required moving forward. We really want to build on the things that we did culminating in the World Cup and then continue those standards leading into Constellation Cup so we can be consistent in our performance."

Taurua will be keeping a close eye on the NZA side who are playing England A and Australia A the week prior to the Constellation Cup to get an understanding of "how they perform at an international level."

Taurua said the annual Super Club competition in Nelson in December would be another opportunity for players to push for 2020 selection.

"Hopefully using that [Super Club] as the last stage before we select for the series in January. So once again, there's a few stages that players can put their hand up and we're really happy with both the Silver Ferns and the New Zealand development squad of just the calibre of players that we have. I think it's really at a healthy stage."

Taurua said she was looking forward to working with veteran coach Yvonne Willering, who was used as a specialist in the World Cup build-up, for the Constellation Cup.

Australian Jane Woodlands-Thompson, who's general manager for the Collingwood Magpies, has also been brought on board for the series.

Taurua believed Woodlands-Thompson, who took the Adelaide Thunderbirds to two premierships in 2010 and 2013, was a coup for the side.

"Jane in her own right I always believe she's a master coach. She's just going to bring something a wee bit different from what our New Zealand players know, she can run right across the board in both attack and defence.

"The intention is that we do go up another notch from the World Cup so she's going to be very handy personally for myself, knowing that it's a been a big year so she would definitely take a lot of the load."