Japan is in the grip of rugby fever, and tonight's game between the All Blacks and South Africa promises to be a titanic clash between the two traditional heavyweights of the sport. 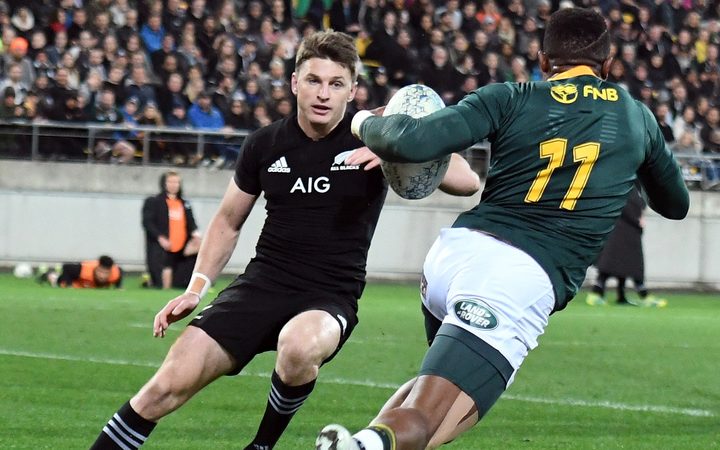 All Black first-five Beauden Barrett can't prevent winger Aphiwe Dyantyi crossing for South Africa's first try in the test at Westpac Stadium in Wellington in 2018. The last four tests between the two sides have been very close. Photo: Photosport

Tokyo sprawls out before you as soon as you land. It's one of those cities that is actually too big to comprehend - 13 million people living and moving on the endless subways and overland trains that arrive bang on time whenever you feel like you need to go somewhere.

But there was one thing last night that slowed the constant stream of people flooding into the stations. Yes, it was the opening of the Rugby World Cup. As hard as it might be to believe back home in New Zealand, Japan is, in fact, in the grip of rugby fever.

At least, depending where you go. Tokyo revolves around its public transport, and if you were to travel from the massive hub of Shinjuku this week, you would've been bombarded with messages and videos about rugby on the local train lines. Everywhere you look it's oval-ball action. 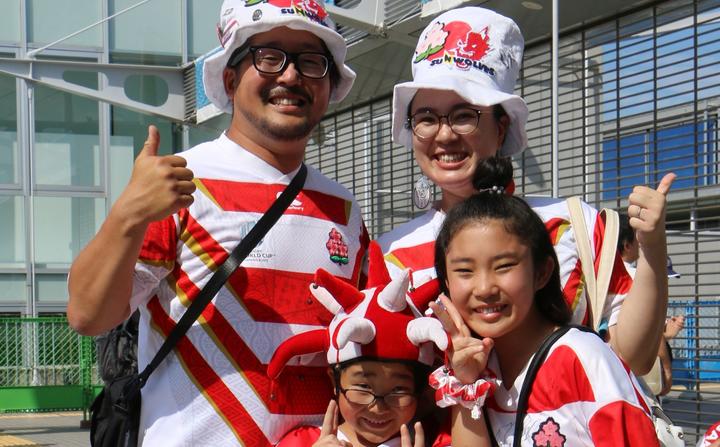 Japanese people are showing their support for the Rugby World Cup and their team. Photo: RNZ / Leilani Momoisea

If it reaches even 10 percent of the people that get on and off those trains, that's probably more than the entire number of New Zealanders who engaged with the World Cup that we hosted back in 2011. Make no mistake: this country is ready and willing for the next month and a half of footy that will be played on its impressive stadiums.

The next battleground that we're concerned about though, is Yokohama. The place where the All Blacks defeated the Wallabies last October, and where they'll take on the Springboks tonight. The 73,000-seat stadium is ready for what will be a titanic clash between the two traditional heavyweights of the sport. 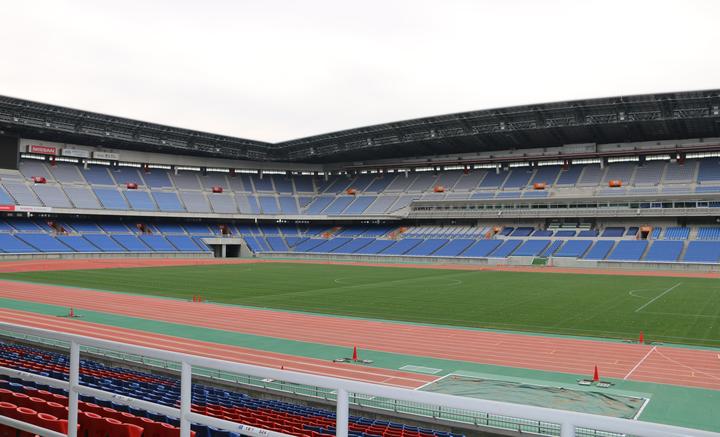 The 73,000-seat Yokohama Stadium is the venue for the All Blacks-Springboks pool B match at the Rugby World Cup. Photo: RNZ / Joe Porter

Make no mistake, this is one of those games where the rubber meets the road. Forget the manufactured rivalry with Ireland, or the delusions of Wales. Nor the pathetic post-colonial ambitions of the English, so woefully on display in their stunningly tone-deaf World Cup ad.

Disregard the French, who may well fall backside-first into the final anyway. The Wallabies, who deserve our respect after the disaster in Perth, lie in wait on the other side of the draw. But this is the big one. The All Blacks and Springboks coming together is what makes the rugby world rumble, so the rest can sit back and cover their eyes at the carnage that will ensue.

The track record between the two sides suggests that it will be a thriller. The last four tests have been extremely close, and have indeed restored the rivalry to the top of the pile. While the last one was admittedly a drab affair, the result was still a draw that was sealed on the stroke of fulltime. The previous three were bona fide classics, ones that showed what Southern Hemisphere rugby was capable of.

So now we find ourselves in Japan, with the question over how important this game really is. Earlier in the week, Steve Hansen said that a loss wouldn't be the end of the world, and he's right. All the result will do is send each side to opposite sides of the draw, to perhaps meet again in the final.

That is a final that the All Blacks should be hungry for. After all, it would be the one World Cup goal that they haven't ticked off. The 1995 final still looms large in the memories of those old enough to remember it, and a replay would be just what the highest trophy in the sport needs.

For all the talk of the hot, humid conditions, well it's not really that much more than an average climate that either side would contend with during Super Rugby. If there are many Japanese neutrals in the crowd, they'll be supporting the All Blacks. All of the advertising around the World Cup involves them, and the experience that the team had here on last season's end-of-year tour left the travelling media in no doubt about who the locals will cheer for if they have to pick a side.

Japan is ready for the big battle that will take place tonight in Yokohama. Godzilla and King Ghidorah will rise and take their rightful places on either side of the rugby field while the rest of the world looks on in awe.

This may well be round one in the ultimate showdown.