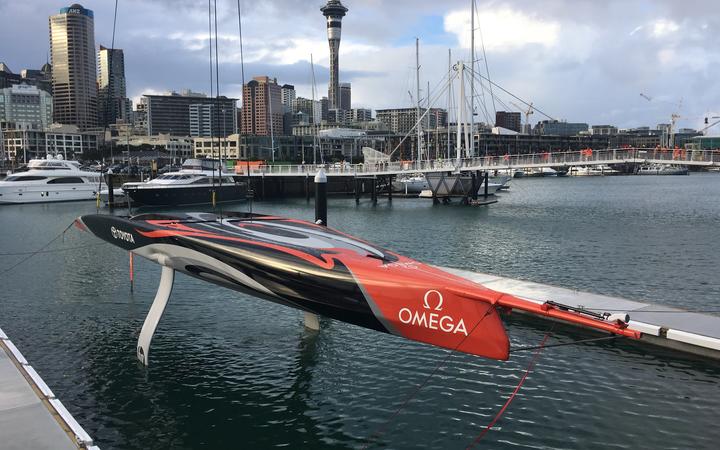 Team New Zealand's AC 75 is the product of months of work on a highly advanced simulator. Photo: RNZ / Claire Eastham-Farrelly

Team New Zealand's AC 75, a full-size 75-foot foiling monohull, is the product of months of work on a highly advanced simulator.

But it's not likely to be the boat the syndicate uses to defend the Cup in Auckland.

The yacht will be used for America's Cup World Series events in Europe and the United States next year but the team is expected to get a second boat built for the main regatta.

Around 500 dignitaries, including Prime Minister Jacinda Ardern, were on hand to launch the boat.

After a welcome from local iwi Ngāti Whātua Ōrākei and speeches from Team New Zealand chairman Sir Stephen Tindall and Ms Ardern, the new yacht was lowered on to the water and christened by a representative from official charity Motor Neurone Disease New Zealand.

Team New Zealand boss Grant Dalton said today's launch had been an intensive process involving hours and hours of work by a huge group of people.

"We've been living it from six different ideas literally on an A4 piece of paper sketched up by the guys to this point where we came down to one concept, developed that and came to today, so to me its a step, it's an important step for sure, but it also helps ramp up interest in the next America's Cup," Dalton said. 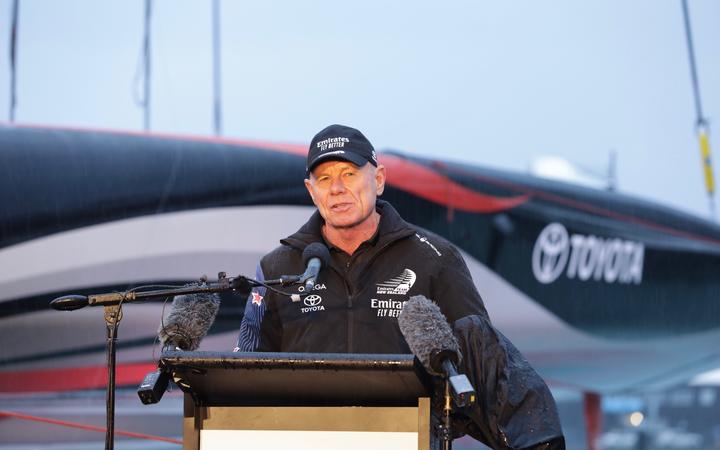 Team New Zealand's helmsman Peter Burling said he couldn't wait to get behind the wheel of the new boat.

"Today's an incredible day for us as a team, there's been so many people working so hard for a couple of years now behind closed doors and it's incredible to be able to put the boat in the water and tick off this milestone in the campaign and we're really looking forward to actually going and sailing."

The boat has been named Te Aihe - the Māori word for Dolphin.

It will be used for next year's America's Cup World Series events in Europe and the United States, with a second expected to be built for the Cup proper in 2021.

Challenger of record Luna Rossa will launch its first AC 75 in Sardinia next week.