The world's top professional darts players are in New Zealand for the fifth round of the World Series of Darts being held in Hamilton. 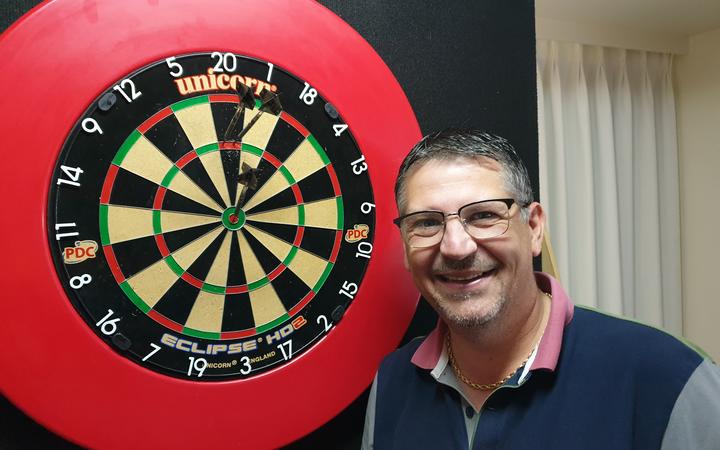 The sport has grown from a game of darts down at the local pub or club, to become an international extravaganza, with all the glitz, glamour and stars, equal to any other major sport.

A large crowd is expected at the Claudelands Arena on Friday and Saturday night.

The event is in New Zealand after two previous rounds held in Australia.

Gary Anderson, known as the Flying Scotsman, is a former world champion and has been playing darts for 24 years.

It was not long after that he started that saw he could make a decent living from the game.

He said he follows a strict routine leading up to a match.

"We get there a good three to four hours before we are due to play a match and put in a lot of practice in and hopefully it is good enough on the night. You know that is all we can do, rest and practice."

He said it is the fans that make a match fun and entertaining.

"Some of the outfits they wear when they turn up. They come for a party, we are here to do a job, and it just goes together."

Helping to rark-up the crowd at any world series event is MC John McDonald.

"The game was always there but I think it just needed to be elevated to the right level."

"It was always a spectacle and it was always going to be a great sport. Could we have imagined how far it has gone? No, I don't think any of us can," he said.

Mr McDonald likens the world series to an incredible circus, thanks mainly to TV coverage, and that has opened up the sport to a huge audience.

"It's very easy to watch and it's great fun and I think when you combine that you are on a winning wicket."

Russ Bray from the United Kingdom is an international darts referee. 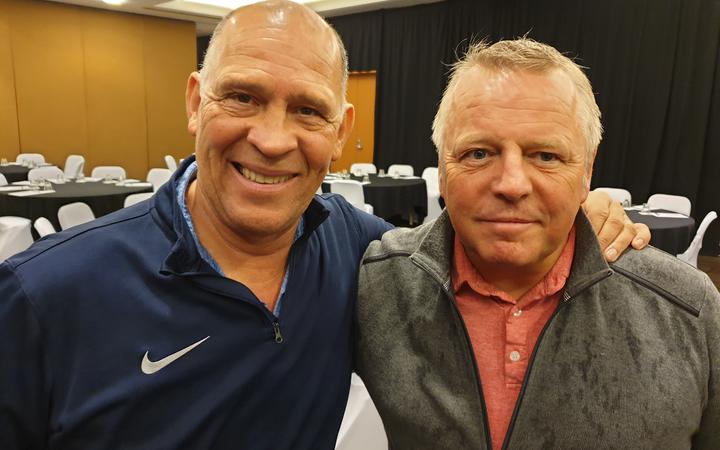 He stands next to the board relaying the scores to the crowd, which he describes as the best seat in the house.

"The referee can make a really good game unexciting if he wanted to and can make a bad game exciting."

He said it is all about how you call the scores.

Mr Bray said it's all about the intonation and volume of his voice and it is a performance to keep the crowd excited.

"It you give it a little bit of theatre and that is what it is about."

He said darts crowds pick favourites and go all out in their support.

"You know you have the player shirts on the fans, the songs they are all singing, it is just a massive big party atmosphere and that is what darts has become and for the whole family."

Rod Harrington, a TV commentator following the darts series around the world believes the popularity of the game is encouraging a new generation of players.

"It's appealing now to young people and if you don't have a feeder system, your business stops."

The Chief Executive of the Professional Darts Corporation, the biggest promoter of darts competitions globally, Matt Porter said the challenge in the professional game has been to convert it from a participation sport, to an audience sport.

"Darts is a sport that anybody can relate to, it's quite simple in terms of equipment, space, money and it's not a big prestigious exclusive sport that you have to have a lot of time or background or from a certain academy or anything like that to play and a 10-year old girl can play against a 90-year old bloke, so it's a very open and very democratic sport and one all people of all backgrounds and ages can enjoy."

Sixteen competitors take to the stage at the Claudelands Arena on Friday night, with the quarter, semi-finals, and finals on Saturday night.

The final of the world series itself takes place in Amsterdam in early November.