Latest - A lack of wind meant no racing was possible on the final day of the Tokyo Olympic test sailing regatta denying a couple of New Zealand crews the chance to grab a medal. 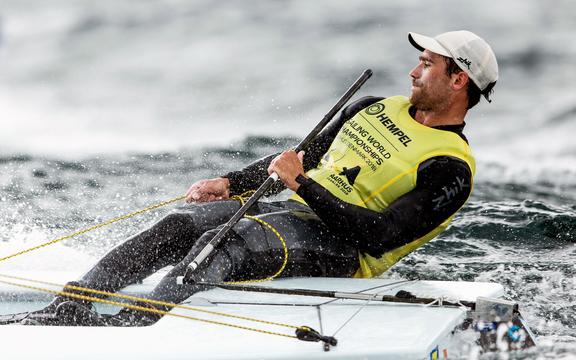 New Zealand won one medal at the Olympic test event, the gold collected by Peter Burling and Blair Tuke yesterday in the 49er, and added two fourths and a fifth.

Meech will remain in Enoshima and compete along with a healthy contingent of fellow Kiwis in next week's World Cup Series regatta, which rounds out the northern hemisphere season for most.

Phoenix can confirm that 21-year old attacking player, Reno Piscopo, has signed for the club on a three-year deal.

The young winger was born in Melbourne Australia, to an Italian father and Maltese mother and has represented Italy through to the U-17s before switching his international allegiance to his birthplace in 2016.

Beginning his club career at Melbourne Phoenix, Piscopo's promise was soon realised by Seria A giants Inter Milan as they signed him to their youth team.

Piscopo is adept at using both feet and increases the options that Head Coach, Ufuk Talay has at his attacking disposal.

Having coached Piscopo in the Australian U-20s side, Talay is delighted to confirm his signature ahead of the A-league 2019/20 season.

" We have some of the best young talent from New Zealand and Australia and Reno is another that possesses overwhelming potential," said Talay.

The women's K4 500 crew has qualified for the final of their event at the Canoe Sprint World Championships in Hungary after winning their heat. 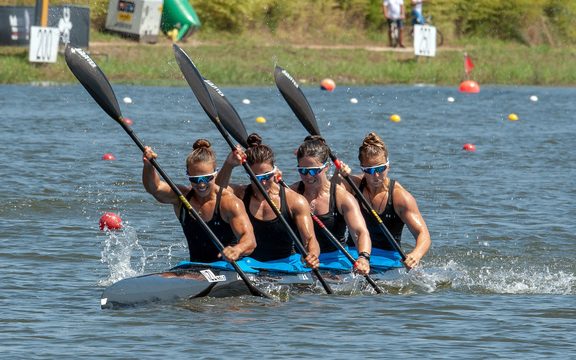 Lisa Carrington, Kayla Imrie, Aimee Fisher and Caitlin Ryan are hoping to go one better than last year when they finished second.

New Zealand are the second fastest qualifiers for the A Final behind Belarus.

The women's K2 500 crew of Alicia Hoskin and Caitlin Ryan have qualified for their final after finihing third in their semi-final.

Doggies still in with a chance

Giant-killers Canterbury have dealt Parramatta's NRL top-four hopes a massive blow with a 12-6 boilover in Parramatta.

The Eels went into the game with a chance to move into fourth spot but were ground down by a resilient Bulldogs and had their four-game winning streak snapped.

Amazingly, after being bottom of the ladder for most of the year, the Bulldogs are provisionally two points behind eight-placed Cronulla.

While it was thought their finals hopes had died months ago, if they win their final two games against North Queensland and Brisbane, and another results run their way, they can remarkably make it into the top eight. 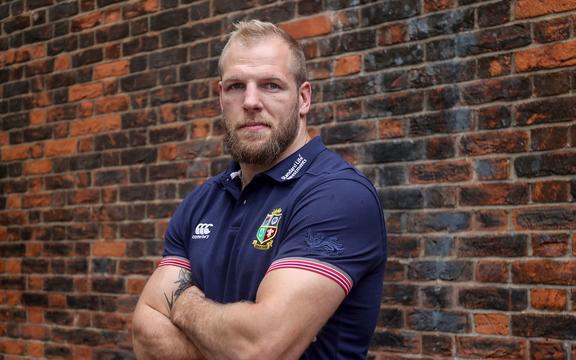 While the date has not been set for his professional MMA debut, British media reported Haskell is expected to continue training for the remainder of 2019, with his first fight expected to take place in 2020.

He made over 200 appearances for Wasps in two spells at the English Premiership club and was part of the British & Irish Lions squad that toured New Zealand in 2017.

Yet he struggled with ankle and toe problems while playing for Northampton Saints last season and announced his decision to retire from the sport after a 17-year professional career.

A Belarus para-rower died after capsizing during training ahead of next week's Rowing World Championships in Austria.

World Rowing said a rescue boat with a lifeguard reacted immediately but 33-year-old Dzmitry Ryshkevich, who competed in the PR1 single sculls, disappeared from sight.

Ryshkevich took up para-rowing in 2013 and competed at two previous World Championships.

Dream Team too good for Boomers

No superstars, no worries for the United States, who continued their dominance over Australia with a 102-86 win in their men's basketball World Cup warm-up clash in Melbourne.

Team USA haven't lost to the Boomers in 55 years and despite the best efforts of sharp-shooters Patty Mills and Chris Goulding their record was never in danger.

The Americans arrived in Australia carrying the tag of one of the worst-ever US teams, with global NBA names such as LeBron James, Kevin Durant and Steph Curry skipping the exhibition games and World Cup in China.

With only two current All-Stars in Kemba Walker and Khris Middleton, the US were still a class above the hosts.

Murray to drop down a level

Former world men's tennis number one Andy Murray will compete in his first Challenger Tour event in 14 years at next week's Rafa Nadal Open in Mallorca.

The 32-year-old pulled out of the doubles event at the U.S. Open to focus on his singles comeback after undergoing career-saving hip resurfacing surgery.

Murray was beaten in straight sets by Richard Gasquet at the Cincinnati Masters earlier this month -- his first singles match since an opening-round Australian Open exit in January.

He then lost to American Tennys Sandgren in the first round of the Winston-Salem Open last week.

The three-times Grand Slam champion has now decided to step down to the second-tier for the first time since 2005, when he played in the Challenger event in Mons, Belgium as an 18-year-old.

World number 329 Murray is set to return to the ATP Tour with two tournaments in China -- Zhuhai and Beijing -- in September and October.

India's Davis Cup tennis tie against Pakistan at Islamabad next month has been postponed to November under "exceptional circumstances" after a security review.

The All India Tennis Association had last week written to the ITF asking them to shift the tie to a neutral venue or postpone it until political tensions simmer down between the bitter neighbours.

The ITF, which had earlier shared security arrangements for the Indian team with the AITA and was satisfied, said it would continue to monitor the situation in Pakistan and the Davis Cup Committee would re-examine the security situation ahead of the tie.

Indian captain Mahesh Bhupathi, whose six-member squad had sought safety guarantees from the ITF before travelling to Islamabad, welcomed the decision to postpone the tie.

Earlier this month, Pakistan expelled India's ambassador and suspended bilateral trade and all public transport links with its neighbour after New Delhi removed "special status" from its portion of the contested region of Kashmir.

The nuclear-armed neighbours have fought two wars over Kashmir since gaining independence from Britain in 1947.