All's right in New Zealand again, thanks to those magnificent men in black. Or so the cheerleaders would have you believe.

The reality is it would be naive, and premature, to read anything into New Zealand's 36-0 Bledisloe Cup win over Australia.

One for the true believers

You'll never go broke betting on the All Blacks. Steve Hansen's winning record as head coach exceeds 86 percent and you or I could probably tick things along at 75.

So holding your hands over your ears and repeating 10 times that 'class is permanent' or 'never write off a champion' takes no guts or brains.

Anyone with half an idea about rugby knew the All Blacks were going to win handsomely at Eden Park and doing so really was no achievement.

Yet the defenders of the faith, those who are in - or aspiring to be in - Hansen's pocket, have revelled in it.

They'd rallied behind the team following the previous week's 47-26 loss to Australia, refusing to condemn the old guard or criticise the coach's selections. They then hailed Hansen's 'bold' changes for Eden Park, conveniently ignoring how haphazard it all looked.

But, hey, turns out they were right. The team, as they almost always have done, beat their opponent and it was time to roll out the superlatives again.

It'll be Garces who officiates New Zealand's Rugby World Cup-opener against South Africa, with fellow Frenchmen Romain Poite and Pascal Gauzere doing the following pool matches. If they allow the All Blacks the same latitude as Peyper, I'll eat my hat. 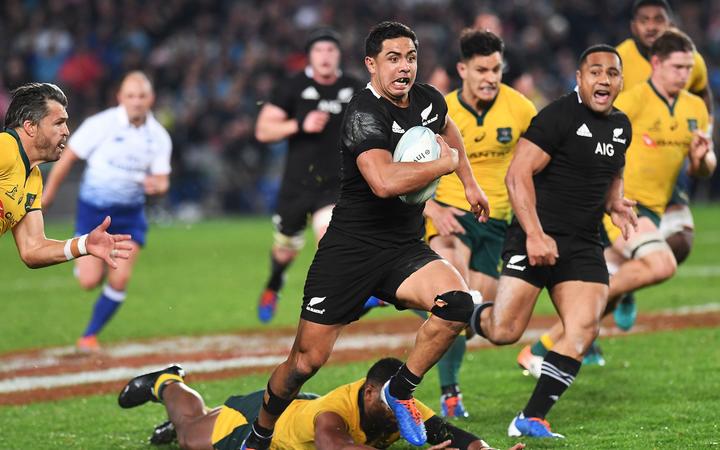 Anton Lienert-Brown on the run against the Wallabies. Photo: PHOTOSPORT

The second factor was the Wallabies. They're rubbish. The level they played at in Perth was a freak occurrence.

So direct, physical and accurate there, they were none of the above in Auckland. They kicked poorly and often at Eden Park and, combined with ordinary handling, provided New Zealand with the counter-attacking opportunities that had been missing the week before.

Lastly, old teams who've done it all need something to rouse them. The All Blacks were shamed into that performance.

History says they were always going to win but, coupled with the humiliation and questions - largely from Australia - about whether a few blokes were still up to it, meant the emphatic response was entirely predictable.

The All Blacks have played four games this year, with three of the performances being very poor.

Individually and collectively, they weren't up to it against Argentina, South Africa and then Australia. Good on them for the 36-0 win, but it doesn't erase the other outings.

It still looks shambolic to drop Ben Smith, Rieko Ioane and Owen Franks at this late stage. Can they now take them to the world cup, as planned, or are they too far off the pace?

Do we now owe Kieran Read an apology or a prize every time he plays well? Or should we expect him to be good every week? Similar questions apply to Sonny Bill Williams and Sam Whitelock. 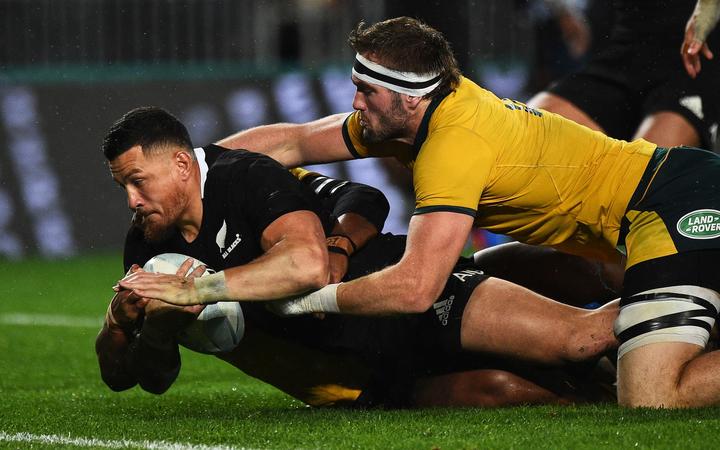 Sonny Bill Williams had a good showing for the All Blacks on the weekend. Photo: PHOTOSPORT

Nepo Laulala was outstanding at tighthead prop on Saturday, so should we judge him on that form or the performances that saw him stuck behind Angus Ta'avao at the Chiefs?

Can Ofa Tuungafasi be relied upon to keep his side of the scrum up, or will one of his frequent collapses cost the All Blacks a game of consequence?

Will the lineout continue to be as unreliable as it was for much of Saturday's match?

Are we satisfied that Ardie Savea is an international blindside flanker? Or can Liam Squire really ring Hansen anytime he likes and say he's ready to play now?

You could go on and on.

On the plus side

Beauden Barrett played like a fullback, rather than a first five-eighth with 15 on his back. It helped that Australia kicked to him a bit but, with the forward pack not getting so badly pushed around, Barrett and first-five Richie Mo'unga were more able to perform their allocated roles.

On the wings, Sevu Reece and George Bridge justified their selections. The intriguing thing now is whether they'll continue to start there.

The loose trio worked well and, after two insipid outings, Patrick Tuipulotu had an excellent game at lock.

Laulala and centre Anton Lienert-Brown were others to make the most of their opportunity.

You try not to give these things oxygen, but let's quickly address the ranking thing.

No sane person thinks Wales is the best rugby team in the world. So, as sane people, we disregard these rankings the same way we do political opinion polls or the Duckworth-Lewis Method.

You can keep your data and your algorithms; they don't pass the pub test.