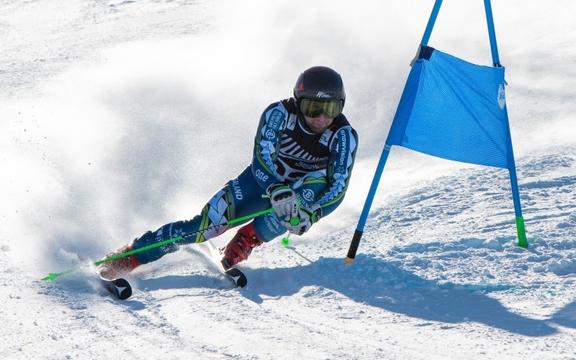 "On the second run I skied the top alright but wasn't carrying as much speed and then got little squashed with the forces through a compression turn and that cost me a little speed but, overall, I'm pretty happy with how I skied." 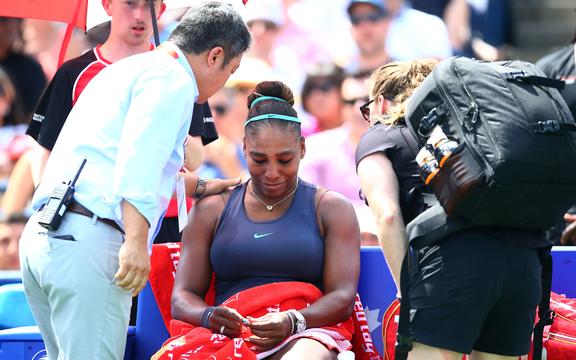 Serena Williams of the United States becomes upset after withdrawing from the final match against Bianca Andreescu of Canada due to a back injury at the Rogers Cup. Photo: Getty Images (AFP)

Williams, who hopes to chase a record-equalling 24th career grand slam title at the US Open, suddenly sat crying in her chair before deciding to retire 19 minutes into the match with a back injury.

"I'm sorry I couldn't do it today. I tried but I just couldn't do it," a tearful Williams, who struggled to get the words out, told the crowd.

Andreescu, who made it to the final of the ASB Classic in Auckland this year and shot to more prominence with her Indian Wells triumph in March, is the first Canadian to win the event in 50 years. 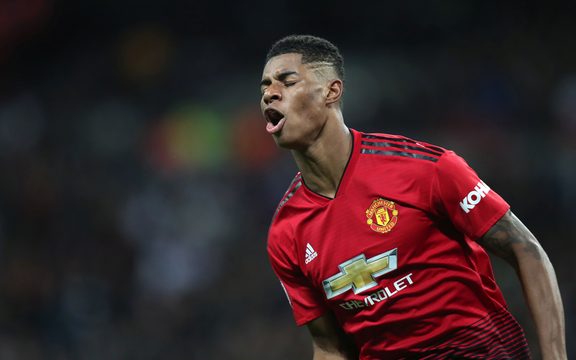 It was an awful start for the new Chelsea boss in his first competitive game on the bench for his old club who struck the woodwork twice in the first half but paid for their defensive frailties as Anthony Martial and Dan James also scored.

Elsewhere, Pierre-Emerick Aubameyang gave Arsenal a winning start to their Premier League campaign as they clinched a 1-0 victory at Newcastle this morning.

The Gabon striker notched the only goal 13 minutes into the second half to inflict a defeat on Steve Bruce in his first match as Newcastle manager.

Leicester and Wolves drew 0-0 in the other early match, with the video assistant ruling out a Leander Dendoncker goal for Wolves.

Last year's grand finalists have cemented themselves as the teams to beat in 2019 after downing their top-four rivals on NRL's super Sunday.

Defending champions Sydney Roosters put themselves two points clear in second- place with a hard-fought 22-18 win over Canberra while Melbourne's charge to the minor premiership continued with a 26-16 victory over South Sydney.

In-form fullback James Tedesco played a leading hand with two try assists for the Tricolours as the defending premiers made it four wins on the spin amid a finals-like atmosphere in Canberra.

The Roosters' quest to become the first team to go back-to-back in a unified competition since Brisbane in 1993 looks increasingly dependent on overcoming a rampant Storm.

Former England captain Phil Vickery expects Ben Te'o to miss out on World Cup selection after a fracas with Mike Brown during the team's training camp in Italy last week.

Former NRL star Te'o and Brown were dropped from England's squad for the Wales game, in a match staged 24 hours before Eddie Jones finalises his 31-man World Cup squad.

Jones has refused to confirm or deny any incident took place, but it's understood the pair clashed at a social event during the squad's heat and humidity training camp last week.

Asked if he now expects Te'o to make the final squad, Vickery told BBC Five Live's Sportsweek program: "If you had said to me this question a few months ago, when you look at the way Eddie has continuously gone to him despite having had his troubles at Worcester, not playing, his size and physicality, I would have said 100 percent yes.

The pair had been in a duel throughout the race at Spielberg's Red Bull Ring, with the Italian making a seemingly decisive move with nine laps to go.

Repsol Honda's Marquez, starting from a record 59th MotoGP pole, went back in front with three laps remaining but Dovizioso muscled through at the last corner of the race.

Chasing his sixth championship, Marquez leads with 230 points in the overall standings after 11 of 19 races, while Dovizioso is second with 172.

England fast bowler James Anderson said he was filled with guilt and frustration after being ruled out of the second Ashes test against Australia because of a calf injury that limited his participation in the series opener.

The 37-year-old pulled up injured on day one of the first Test which the hosts lost by 251 runs.

He was then ruled out of the second Test which begins at Lord's on Wednesday.

"You feel lots of guilt (and you are) generally frustrated but you're trying to help the lads as much as possible without making them feel worse," Anderson told BBC Radio 5 Live.

The chances of Anderson playing in the rest of the series would be reassessed on "an ongoing basis".