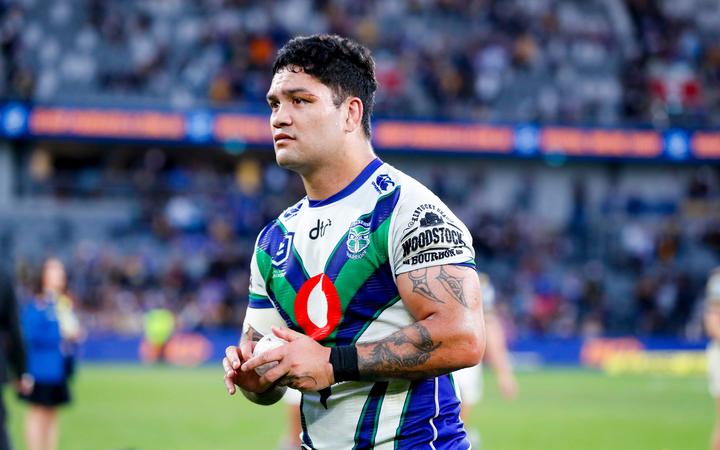 Luke had pleaded guilty but was arguing for a downgrade after being cited for a grade two dangerous throw on Dylan Brown in Saturday's 24-22 loss to Parramatta.

Luke will now miss key matches against top four contenders Canberra, Manly and the Sydney Roosters as the Warriors fight for survival two points outside the top eight.

Luke appeared via videolink from New Zealand where he was preparing for Friday's game against the Raiders and gave a 'thumbs up' when the verdict was read out.

It means the former Kiwis Test hooker may have just three games left in Warriors colours given he is off contract at the end of this year and has not been offered an extension.

During a lengthy 70-minute hearing at Rugby League Central, Luke argued that as soon as he realised he had picked up Brown and put him in a dangerous position he tried to let go and guide the Eels playmaker to the ground.

"I tried to release the hands and meet the player on the ground," Luke said.

"It's a regular tackle for me. I get under the football in the tackle."

But NRL counsel Peter McGrath successfully argued that Luke held onto the back of Brown's left knee, lifted him high into the air and his head made dangerous contact with the ground.

The decision will take some heat off the match review committee after they were criticised in recent weeks for what some saw as inconsistencies.

Trbojevic will be free to play this weekend after he was charged with a grade one offence, a decision some viewed as inconsistent given Luke was hit with a grade two charge.

McGrath said Trbojevic's tackle wasn't comparable to Luke's because he didn't lift Hughes as high and the Melbourne fullback was able to protect himself by twisting and rolling.

"The degree of elevation is nowhere near as high as player Luke's," he said.

Thomas attempted to argue that Trbojevic's tackle was worse because Hughes was driven into the ground.