The Parramatta Eels have beaten the New Zealand Warriors 24-22 in a frenetic National Rugby league clash, which may be remembered more for its refereeing decisions. 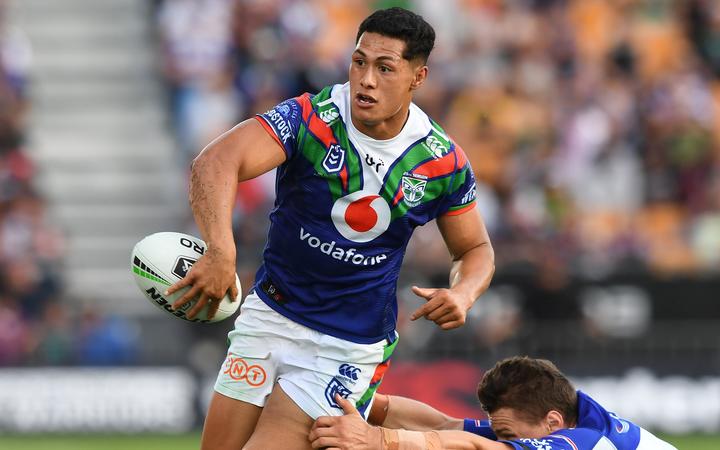 The Warriors came close to going ahead with less than four minutes remaining when inspirational captain and fullback Roger Tuivasa-Sheck sent Gerard Beale clear only for his flick pass to be judged forward.

Fullback Clint Gutherson, playmaker Mitchell Moses and winger Mika Sivo were all prominent as Parramatta solidified a place in the top eight while harming the Warriors finals aspirations by ending their three-match winning streak.

The Warriors, who provisionally dropped to 11th, hung in until the end despite being on the wrong end of a 9-2 penalty count in Sydney.

Moses broke an 18-18 tie with a 54th minute penalty awarded for a grapple tackle from Lachlan Burr, who was placed on report.

Halfback Moses then gathered a hard pass that bounced off his chest into his grasp and made a long break down the right before producing a perfect stab kick which bounced perfectly for Gutherson.

The Warriors got within two when winger Ken Maumalo crossed for his second try on the hour to draw level with joint try-scoring leader Sivo on 14.

The contest got off to sensational start with five tries and 30 points in the first 24 minutes.

Maumolo started the highlights reel with a fourth-minute opener before Sivo's burst and brutal fends of Beale and Blake Ayshford set up a try for Brad Taikarangi.

Young winger Ethan Parry, who ran onto a perfect Gutherson pass to register his second four-pointer in as many games, put the Eels in front though veteran hooker Issac Luke responded with a 40-30 kick and barge over from dummy half.

Beale continued the Warriors first-half spurt via a legal Tuivasa-Sheck transfer to give the visitors a 18-12 lead at the break.

The in-form Sivo got the Eels back on track in the 46th minute when he pounced on a loose Blake Green clearance.

Luke joined Burr on report late in the second half for a lifting tackle on five-eighth Dylan Brown.