The NRL has admitted the referees made "serious errors" in the Warriors loss to Parramatta at the weekend. 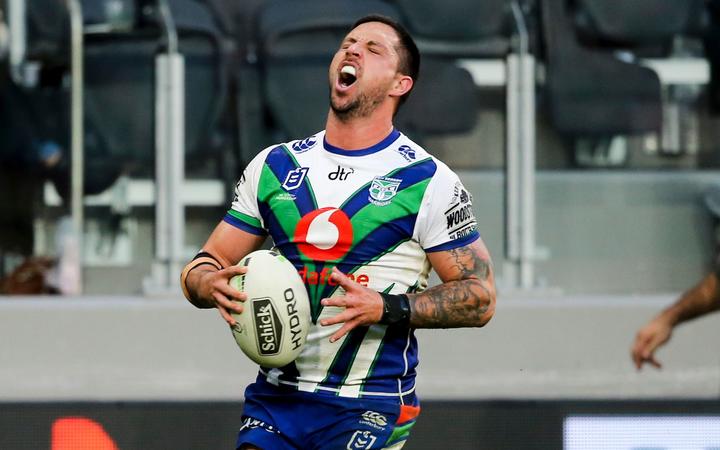 Gerard Beale reacts after his try is disallowed due to a forward pass that wasn't forward. Photo: PhotoSport

Warriors fans have been left angered, and several pundits dumbfounded, by a number of controversial calls in the 24-22 defeat to the Eels in Sydney on Saturday.

As well as admitting major mistakes were made, the NRL has dropped four officials who were involved in the match for this week's round of games.

Chris Sutton, brother of NRL referees boss Bernard Sutton, assistant referee Chris Butler and touch judges Clayton Sharpe and Adam Cassidy will all be sent back to reserve grade after a string of incorrect calls left the game red faced on Monday.

"They have to be accountable. They are serious errors," NRL head of football elite competitions Graham Annesley said at his weekly briefing with media on Monday.

Annesley admitted there were mistakes made around two incidents where the ball was stripped, both calls going against the visitors, and that the Eels were awarded a try that should have been ruled no-try because of a knock on.

The Warriors also looked set to score a likely match winner when captain Roger Tuivasa-Sheck made a one-handed flick pass to Gerard Beale with less than four minutes to play, only for a forward pass to be called.

Annesley said he couldn't determine whether that particular call was correct.

"I generally try to avoid talking about alleged forward passes as they can be so close and hard to call, and we could debate it for a long time.

"I honestly could not tell you if it was forward or not. And there is the problem with trying to use the video referee to rule on forward passes, I think that decision will always divide opinion."

Annesley did, however, reveal the NRL would be open to looking at the ball tracking technology used in cricket and tennis when it came to making decisions on forward passes.