Swimming Australia has come under fire for its handling of the positive doping test by Australian swimmer Shayna Jack, with claims the sport's governing body tried to cover the news up during the world swimming championships. 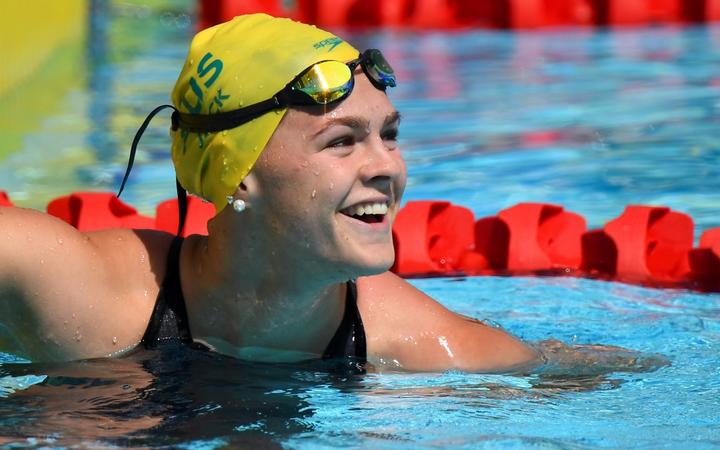 Commonwealth Games gold medallist Shayna Jack who has failed a drugs test, forcing her to withdraw from the recent world championships. Photo: AFP

News of Jack's test failure broke yesterday, two weeks after she abruptly left the Australian team preparations for the world titles in Gwangju, South Korea, claiming it was for "personal reasons".

And it came after Australian swimmer Mack Horton used the world championships to take a high-profile stand against doping in sport, refusing to share the podium with Chinese swimmer Sun Yang.

In a statement released after the revelation, Swimming Australia admitted ASADA had told it that the Commonwealth Games gold medallist had tested positive during an out-of-competition drug test on 26 June.

But the sport's governing body maintained it had been required to keep the details confidential.

"Under the specific legislation governing Australia's drug testing regime, Swimming Australia is notified of any adverse test result as is WADA and FINA," the statement said.

"Under the process, all details are required to remain confidential until ASADA has completed its investigations, the athlete is afforded due process and an outcome determined."

"If Swimming Australia are suggesting that their anti-doping policy, approved by ASADA, forbids them from announcing the Jack provisional suspension, they are wrong," Mr Ings tweeted.

"Many major sports have learned the hard way that if you cover up you inevitably get burned. Swimming Australia is learning that lesson now too. Always announce provisional suspensions."

If Swimming Australia are suggesting that their anti doping policy, approved by ASADA, forbids them from announcing the Jack provisional suspension, they are wrong

Speaking to the ABC today, Mr Ings stepped up his criticism.

"I think that's a very disappointing part of this whole situation. Not just from the athlete, but particularly from Swimming Australia. When an athlete is provisionally suspended, the rules do allow the sport to make a public announcement," he said.

"By covering up and not telling the truth, it makes the story bigger and worse.

"We need to give her [Jack] the presumption of innocence unless or until a tribunal finds otherwise.

"This is a reminder that these sort of allegations of positive drug tests can happen to any athlete, in any sport, in any country and not just in China.

"The public do notice and ultimately what was said by Shayna Jack and Swimming Australia weeks ago about vague personal reasons become transparent weeks later as a lie. The truth needs to be told at the beginning."

Jack has now admitted that she had tested positive for a banned substance.

"It is with great sadness and heartache that I had to leave due to allegations of having a prohibited substance in my system," the 20-year-old freestyle swimmer wrote on Instagram.

"I did NOT take this substance knowingly. Swimming has been my passion since I was 10 years old and I would never intentionally take a banned substance that would disrespect my sport and jeopardise my career.

"Now there is an ongoing investigation and my team and I are doing everything we can to find out when and how this substance has come into contact with my body," Jack said.