A Kiwi Olympian says Chinese swimmer Sun Yang should have been banned for life. 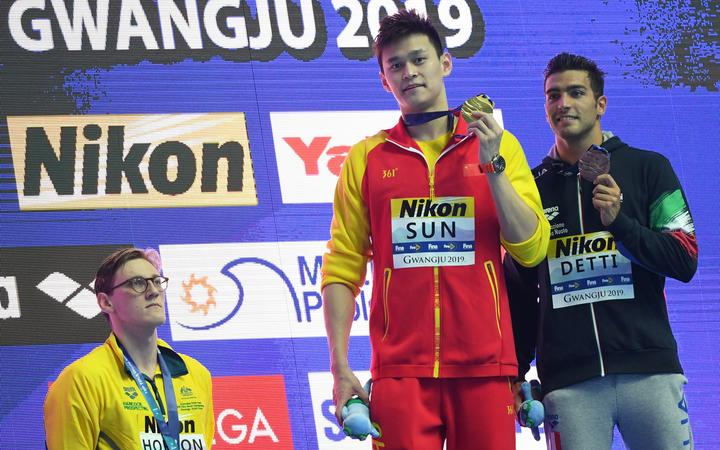 In 2014, Sun was convicted of using a performance enhancing drug - which he said had been for a heart condition - and subsequently banned from swimming for three months.

But the triple Olympic champion is now competing at the World Aquatics Championships in South Korea where he was snubbed on the podium by Australian swimmer Mack Horton, following controversy about a subsequent drug test.

British swimmer Duncan Scott, who took home bronze in the men's 200m freestyle earlier this week, also followed suit by refusing to shake gold medallist Sun's hand or pose on the podium with him. Other athletes have also spoken in support of the protests.

Last year, the international swimming federation - FINA - ran another random off-season test but the delegation did not have all of the correct accreditation so Sun's vial of blood was destroyed with a hammer.

FINA decided not to penalise him for destroying the 2018 sample, but the World Anti-Doping Agency (WADA) lodged an appeal against that ruling in March.

Sun is allowed to compete until a final decision is made at the Court of Arbitration in September.

Moss Burmester, who swam for New Zealand at the 2008 Olympics, said athletes have had a gutsfull of the controversy and Sun should not have been able to race while there was a cloud over his head.

"Part of the protest is actually around the fact that FINA, as the governing body, has handled this really, really poorly and isn't doing anything about it," Burmester said. 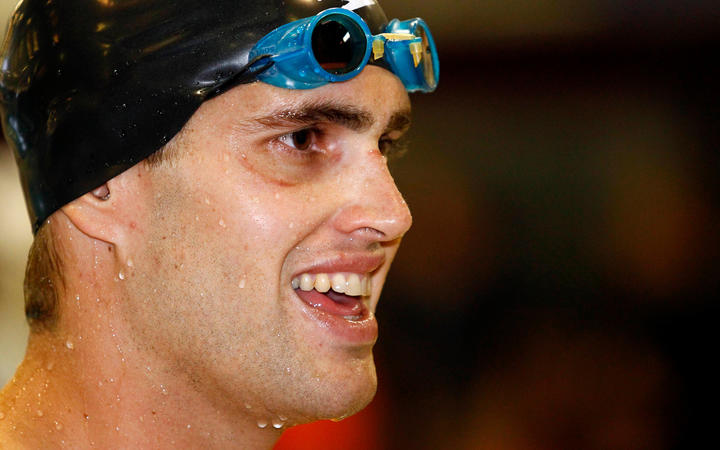 "And actually they are completely not fulfilling their purpose or their role at all, which is to create a level playing field for the athletes to be able to go and compete equally and fairly against each other."

Burmester said while clean athletes mostly competed against themselves, to beat their own times, having to race against drug cheats was demoralising.

"You still wanna do your best but it just feels like you are being absolutely cheated because you're trying so hard to do everything you can to improve in an even, legal playing field way and then next thing you hear these stories of these guys that have been doping and cheating," he said.

Former New Zealand national swimming coach Mark Bone said the time taken to get a final decision on Sun's situation was making it worse for athletes who competed against him.

"I'm not defending him, but I do want to point out the officials definitely did not follow procedure correctly."

He said Sun had come from nothing to be the first person in World Championship history to win the 200m, 400m, 800m and 1500m freestyle races which raised suspicions on drug use.

Sun said he was "aware of the rumours" but did not elaborate, saying "I will keep trying to put a lot of effort in my swimming". 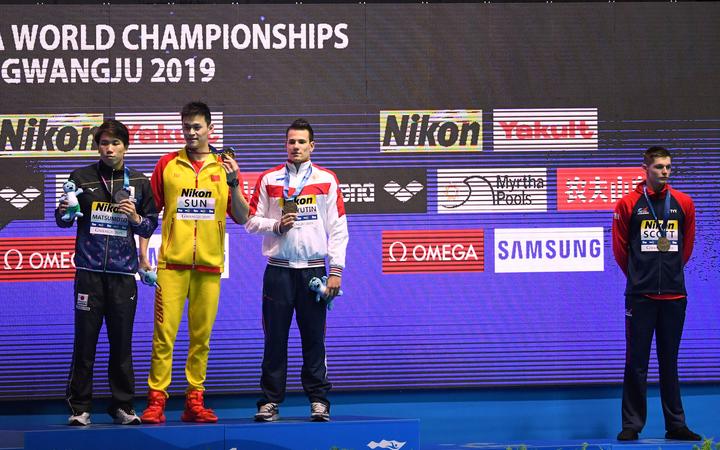 "My victory was because of my hard work. I continued to keep fighting, I didn't give up when I was in second place," Sun said.

However, Mr Bone said Sun should not have been competing in the meantime.

"He is a drug cheat, that has been caught and I don't care what anyone says, if you have taken drugs at any time you have enhanced your performances, and those performances are enhanced not for that one year, or that one race but for life, and he has been enhanced," he said.

Former director-general of WADA David Howman said Sun had not technically broken any rules, but the appeal would look at whether FINA's decision not to penalise him for the destruction of the 2018 sample was correct.

"If he is found to have committed various breaches then he's likely to look at quite a lengthy sanction, probably four years plus," Mr Howman said.

"That's why there is a bit of a fuss going on saying why didn't they deal with the matter quickly or provisionally suspend him.

"I think swimming might be the next problem sport, to be honest, in terms of doping, and I think the athletes are the ones who know what is going on, therefore they should be listened to."

Mr Howman said athletes would continue to take a stand until they felt they were being heard.

- with additional reporting by BBC and Reuters.