The final countdown to next year's Olympics in Japan is officially on for many of our country's top athletes.

Shortly after the sun rose at Piha Beach near Auckland on Wednesday morning, the New Zealand Olympic Committee hosted the world's first one-year-to-go event ahead of the 2020 Games in Tokyo. 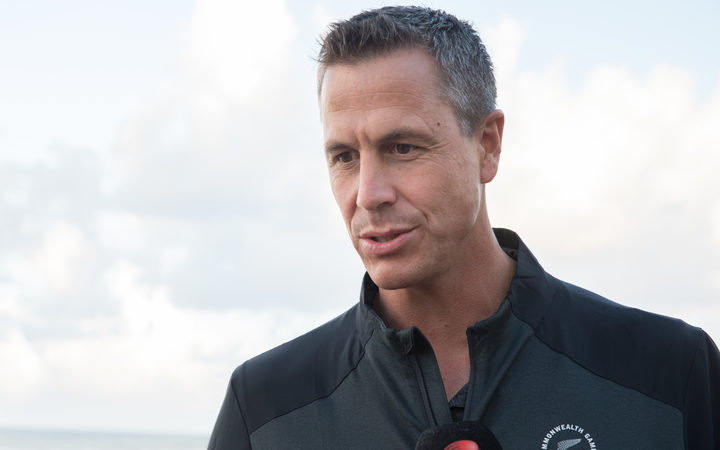 The 12 athletes in attendance helped Auckland artist David Hilliam create a giant silver fern mural in the black sands at the beach.

A dozen top New Zealand sportspeople scurrying about with rakes may have seemed an odd sight to locals on their morning walk.

But, as far as the New Zealand Olympic team's chef de mission Rob Waddell was concerned, the location was perfect to mark one year to go to Tokyo.

"This is probably the closest we can get to Japan without actually hopping on a plane and flying there.

"It's off in the horizon there somewhere, some 9000 kilometres to the northwest. That was the reason for being here today."

Accompanying the athlete's mural was the hashtag "Earn the Fern", the NZOC's official slogan ahead of next year's Games.

After winning hearts over with his gold medal triumph at last year's Commonwealth Games, gentle giant David Liti joked he was also a winner when it came to scraping sand.

"Oh man, I think they should hire me.

"This is like a new, new thing and I think I've just found my calling."

Jokes aside, the serious business of succeeding at - or first qualifying for - next year's Games in Tokyo is very much underway for New Zealand athletes.

Waddell said that's because they need to not only be prepared for the inevitable unexpected variables but also the specific challenges of the second Olympics to be hosted by the Japanese capital.

"It'll be a hot games, probably the hottest games we've ever been to.

"And space. It's it's a smaller place and we'll have a smaller allotment for our accommodation in the village. It's one third of the size of what we had in Rio in terms of the village layout.

"You start to think about how that might affect your teams. And I know that's part of what we're working on and planning for now." 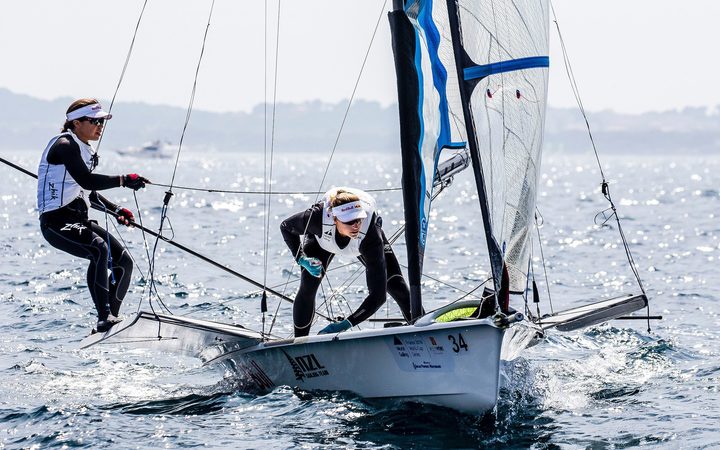 Sailing duo Molly Meech and Alex Maloney have just returned from a training block in Tokyo.

Meech said knowing what to expect was crucial as they tried to go one better than the silver medal they claimed three years ago in Rio.

"The culture is quite different to here in New Zealand, so just making sure that we're adjusting to the venue itself.

"And then on top of that, we did quite a bit of heat work. Unfortunately we kind of got there at kind of a cold period. But it was starting to warm up before we left.

"Making sure that when we go back, we get used to the heat and see how we react it. I think that's going to be quite a big factor in performance."

Meech and Maloney's quest for gold will come as part of what is expected to be New Zealand's biggest ever team for an Olympics.

199 athletes competed at Rio in 2016 and Waddell said the addition of several new sports and disciplines - including skateboarding, surfing, 3-on-3 basketball and karate - means they'll likely surpass that number in Tokyo.

And while the Games themselves are still 365 days away, for athletes like Liti, that didn't seem so long given what's on the line.

"You start to think about and it's like man, the nerves are starting to creep in. Just how real it's going to be.

Confirmed New Zealand athletes for the Tokyo Games will be named between March and July next year.