Australian swimmer Mack Horton has received a warning from swimming's world governing body FINA over his refusal to share a podium with China's Sun Yang in protest of the gold medallist's doping history. 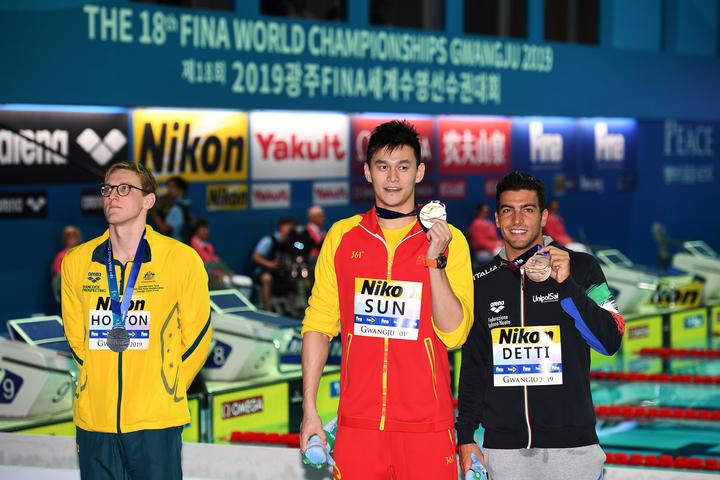 Sun, who had served a doping ban in 2014 and was labelled a "drug cheat" by Horton before the Rio Olympics final, was cleared to compete in the world swimming champs in South Korea after being cleared by a FINA panel of breaching the governing body's rules earlier this year.

However, the World Anti-Doping Agency is seeking to overturn the decision at the Court of Arbitration for Sport, leaving Sun's career hanging in the balance a year out from the Tokyo Olympics.

After finishing runner-up to Sun in the 400 metres freestyle on Sunday, Olympic champion Horton took his silver medal and then stood behind the podium while his Chinese rival and bronze medallist Gabriele Detti shared the spotlight.

The Australian's protest prompted a round of applause from fellow swimmers at the world championships but FINA said it had decided to warn Horton over his stance.

"While FINA respects the principle of freedom of speech, it has to be conducted in the right context," it said in a statement.

"As in all major sports organisations, our athletes and their entourages are aware of their responsibilities to respect FINA regulations and not use FINA events to make personal statements or gestures."

While the move drew criticism from some quarters, and even death threats on Twitter from Chinese swimming fans, America's Lilly King said the Australian had full support from his peers.

"We were waiting around for the awards ceremony just to see what was going to happen," said the U.S. swimmer.

"It was pretty good to see the athletes united on his stance and supporting him as well."

King said swimmers were annoyed that doping continues to cast a shadow over their sport, and that if they were not going to receive the proper protection from the governing body they would have to look out for each other. 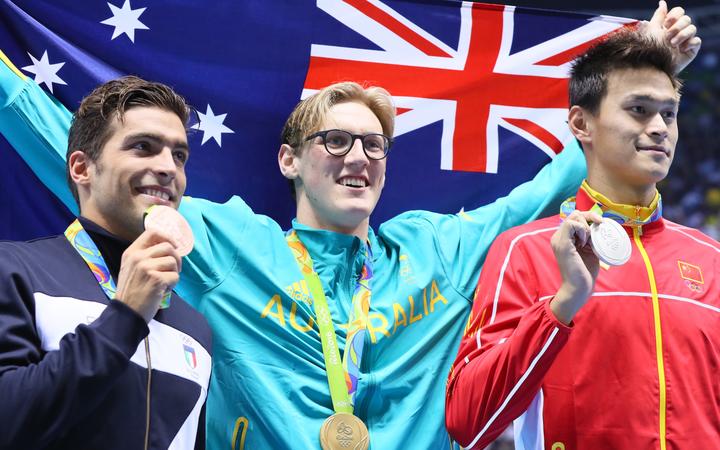 Australia's Mitch Larkin was "super proud" of his team mate and said the whole squad backed him.

"I think 99% of (other) athletes around the pool deck back him, so he's not really standing alone," he added.

"What he did was certainly brave and gutsy and I have a lot of respect for him for doing that."

Larkin said it was difficult to be entirely confident that swimming was clean.

"You've got to trust the authorities but with what's going on in sport these days it's hard to be 100% sure," he said.

American Matt Grevers said that while Horton could be punished by FINA, the Australian was well aware of the potential consequences. He also said the protest was aimed more at sending a message to Sun than to damage him.

"In this instance I don't feel like it really hurt Sun Yang. It just let him know that it was a weird incident and until it gets uncovered we don't really trust you," he added.