All Blacks coach Steve Hansen is playing down any suggestion this weekend's test against South Africa is a significant pointer to the teams' World Cup opener in September. 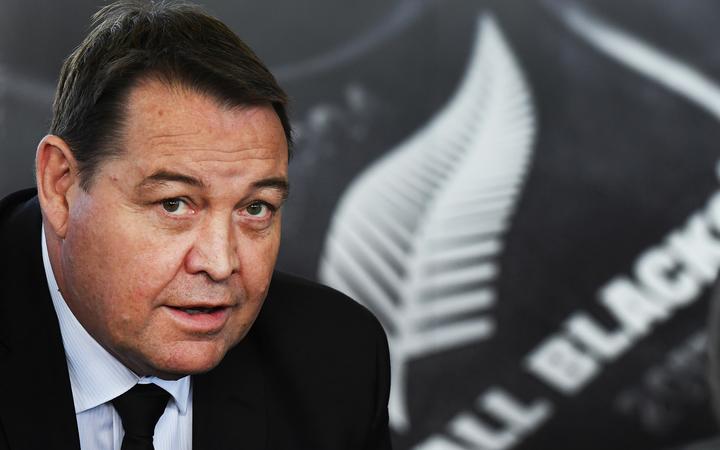 The Rugby Championship Test in Wellington on Saturday is the only meeting of the old rivals ahead of their clash in Yokohama on 21 September, a match that should set the World Cup alight on day two of the tournament.

Hansen says both teams are in a building process and plenty can happen in two months, stripping this week's match of a bragging rights element.

"In the big scheme it gives everyone a chance to have a wee look at each other and feel each other out but I don't think it's going to affect the World Cup, no."

Both teams are coming off near-identical buildups, having notched first-up wins in the Rugby Championship with weakened teams while a group of first-choice players prepared in New Zealand.

Hansen is set to omit a chunk of the personnel involved in the mistake-riddled 20-16 win over Argentina in Buenos Aires.

Springboks counterpart Rassie Erasmus is also poised to overhaul his team who beat the Wallabies 35-17 in Johannesburg.

A party of 14 South African players that arrived in Wellington last week can all expect to play.

Hansen said his team won't be motivated by last year's shock 36-34 loss in Wellington, saying "revenge, we are not into that".