Without Ameliaranne Ekenasio there is no Netball World Cup title for New Zealand. 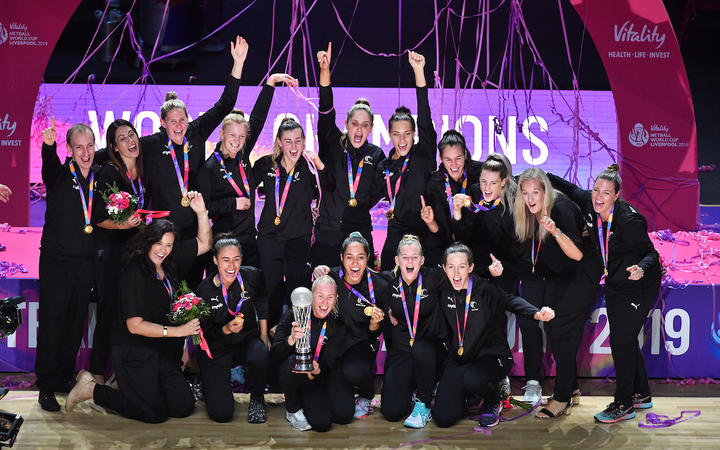 Silver Ferns coach Noeline Taurua is rightly being acclaimed following the team's 52-51 win over Australia in the final. Taurua is now one of the all-time greats, with a coaching resume to match or better any New Zealander from any code in any era.

She turned domestic dominance with the Waikato-Bay of Plenty Magic into an astonishing trans-Tasman competition win in 2012. Not done there, she then led the Sunshine Coast Lightning to back-to-back Australian league crowns.

A bit like Robyn Broughton before her, Taurua has always known her own mind. Winners often do. Mediocrity or imposters weren't for her and she was happy to say so. That frightened a few risk-averse Netball New Zealand officials and Taurua was very much a last resort as Silver Ferns coach.

She deserves congratulations for taking the team to a first world title in 16 years but, to go back to the top, it wouldn't have happened without Ekenasio.

Nothing in her career suggested the shooter would have a tournament like this. At the Queensland Firebirds, Central Pulse and in previous Silver Ferns campaigns, Ekenasio had always flattered to deceive.

She looked a good player and athlete, was said to be very coachable, but just couldn't put the ball through the hoop with sufficient regularity. As recently as this year's Pulse championship run, Ekenasio was again a bit of a shooting liability.

Well, not in Liverpool, where the quality and consistency of her performances gave New Zealand a critical competitive edge.

You know what you're going to get from fellow shooter Maria Folau. Year after year, Folau delivers nerveless shooting when it matters and this tournament was no exception.

Likewise, centre Laura Langman, goal defence Casey Kopua and goal keep Jane Watson are proven international performers who Taurua knew would deliver. Then there was Katrina Rore who, while not quite the revelation Ekenasio was, wasn't far from it.

Increasingly small for a circle defender, Rore was pushed out to wing defence where her stature and physicality proved a great asset. Smaller players such as Langman or Sam Sinclair are fine there in franchise competitions, but the pinnacle events call for someone bigger.

Kayla Cullen played that role for New Zealand at the last world cup and this time it was Rore. Not only was she a handful for Diamonds wing attack Kelsey Browne, Rore drove the ball through court with authority as well. 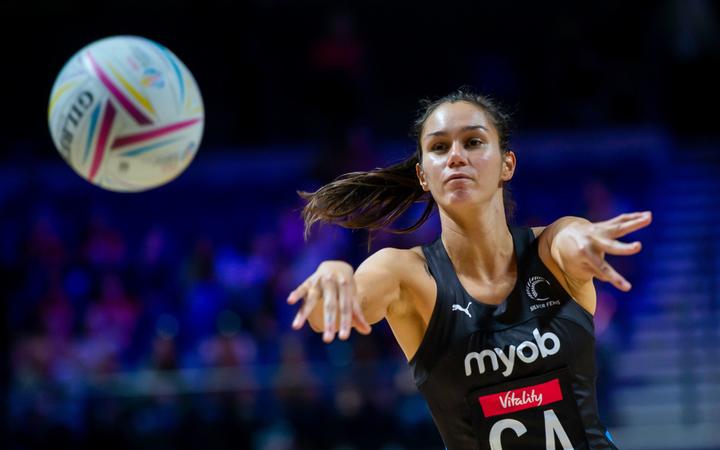 Ameliaranne Ekenasio was instrumental for the Silver Ferns throughout the Netball World Cup. Photo: Photosport

The Silver Ferns' unexpected victory should be one to savour but, unfortunately, our culture of outrage has rather overtaken events.

These pinnacle events generate interest among folk for whom sport is not an everyday thing. They're exposed to teams such as Black Sticks, White Ferns, Black Ferns or Silver Ferns, with whom they weren't previously familiar, and they want to see more of them.

They like their stories and their personalities and they feel it's an injustice that these athletes aren't making a fortune or receiving regular exposure through professional competitions.

They can hardly go onto a news app or turn on the TV without seeing some overpaid All Black and they want the same opportunities afforded to female athletes.

The money thing clearly irks people and, sure, you can point to the $3 million the Black Caps divided between them for being Cricket World Cup runners-up. But the fact is that the Black Caps and Silver Ferns earn about the same from their national bodies.

The difference is Twenty20 leagues, which New Zealand Cricket amend their schedules to accommodate because it allows the players to get money they could never afford to pay them.

People say a top Silver Fern earns about $130,000 and All Blacks captain Kieran Read is on 10 times that.

Most All Blacks aren't on that money, though, which, again, is why New Zealand Rugby (NZR) encourages contracts and sabbaticals in Japan. Guys stay in New Zealand for below their global market rate and these gigs in Japan allow NZR to retain more of them.

We're quick to accuse NZR of all sorts of things, but it's not their fault that there's no Japan-based league for elite netballers. Equally, if the International Cricket Council offer prize money at men's world cups, you can't begrudge the Black Caps taking it.

It's a shame that these apples with oranges comparisons have to overshadow what should be grounds for great celebration. After the Silver Ferns' abject Commonwealth Games campaign of a year ago, this gold-medal win must rate among the very finest moments in New Zealand netball history.

It wouldn't have happened without Ekenasio's peerless performances and yet, rather than celebrate achievement, we're arguing about who's more entitled to their pay cheques.