No prize money for Silver Ferns despite epic win

The Silver Ferns' World Cup victory has renewed questions about pay equity for female sportspeople, after officials confirmed there was no prize money for the winners. 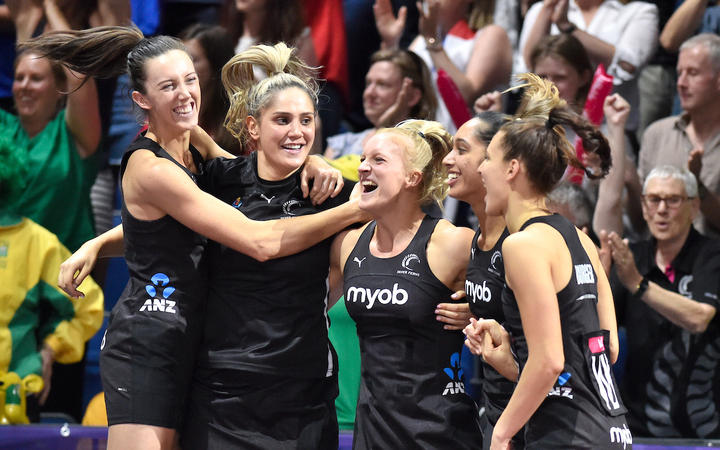 Last year, it was reported that top Silver Ferns earners were getting about $130,000 a year.

Women in Sport Aotearoa chief executive Rachel Froggatt told Checkpoint the absence of prize money was due to a historical lack of investment.

"I think unfortunately netball, despite it being one of the biggest women's sports in the world, is still suffering from a historical lack of investment from government, from broadcasters, and from sponsors, creating a situation like this where despite the performance, the prize money is not there."

Ms Froggatt said certain attitudes towards women's sports was one of the factors that could be to blame for the tendency for investors to mainly look at men's sport.

"It's a battle you know, they are the mighty Silver Ferns, you're watching athletes at the top of their game really going at it, but I think underneath that there's still an ongoing pervasive idea that somehow women's sport is less entertaining or less engaging for the audience.

"So for sponsors, for broadcasters and for other potential investors, when they're coming down to prioritising where their money is going they're still, unconsciously in most part, leaning towards men's sport."

However, Ms Froggatt said the audience was there for netball.

"The audience is definitely there, that's a very old argument here 'well nobody watches women's sport', well I'm sorry but half of New Zealand was up last night watching the World Cup finals."

The rise of women's teams in other sports helped in the cause, Ms Froggatt said.

"Women's sport is a very different world from men's sport and we're actually all in it together so everybody doing well and everybody pushing ahead together actually supports the growth as a whole.

"Netball isn't the only flagbearer now, and they've done brilliantly for decades doing that for New Zealand, but I think they've got fantastic company around them now."

Netball NZ did have a number of "very strong" sponsors like ANZ and Sky sport, Ms Froggatt said, but the struggle was still persistent for women.

"I think the difference though is that we're looking at a sport that is semi-professional rather than professional, so these are still athletes that are having to work part-time jobs in order to fund their ability to participate and compete on an international level.

"Netball New Zealand is doing a brilliant job of just making the sport … but they don't have a lot of loose change rolling around that allows them to take the team to a professional level."

In a statement, ANZ congratulated the Silver Ferns on their "inspiring win".

"Given the time difference between the UK and New Zealand, Netball New Zealand are still working through their plans," ANZ's statement read.