All Blacks coach Steve Hansen has congratulated Silver Ferns coach Noeline Taurua on her success in turning the New Zealand netball side around. 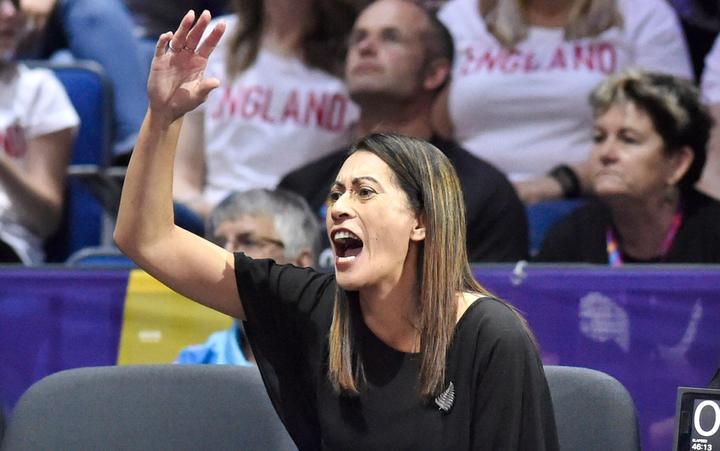 The All Blacks arrived back from Argentina in time to see the end of the netball final against Australia.

Hansen says they were all genuinely excited and proud of what the Ferns achieved and in particular the journey coach Noeline Taurua has taken.

"To not be selected as the coach for a number of years and to have the courage and strength of character to stay there and then come in, in what was a really difficult time to then take them through to win the thing is a marvellous story, so congratulations to her, Deb (Fuller assistant coach) and all the players, it's a fantastic effort," said Hansen.

Taurua, missed out on the Silver Ferns job in 2011 to Wai Taumaunu and then again in 2015 to Janine Southby.

She eventually replaced Southby last after the Silver Ferns disastrous Commonwealth Games campaign when they finished out of the medals for the first time.

Taurua's contract with the Silver Ferns ended at the World Cup and she has now returned to her Australian club side, Sunshine Coast Lightning.

She has indicated she's unlikely to continue to do both jobs in the future, saying it had been very tiring but will take the next couple of months to mull over her future plans.