Analysis - There are 16 teams are vying for Netball World Cup supremacy at the 15th edition of the tournament, but five big names are emerging as early contenders. 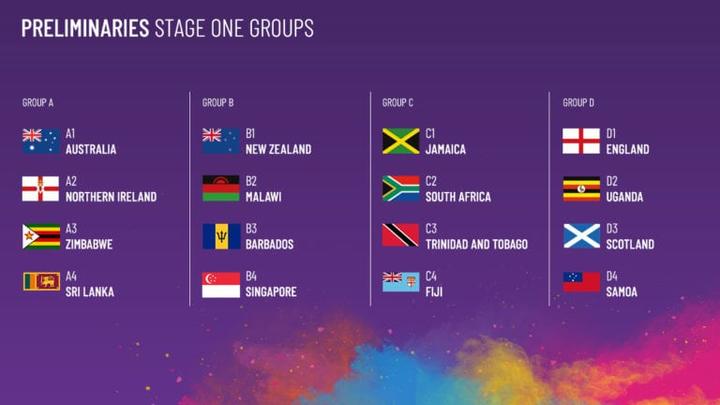 NZ is the only country ranked in the top 5 who feature in group B. Photo: nwc2019.co.uk

Netball reporter Ravinder Hunia takes an in depth look at the tournament's 'Big Five' ahead of Liverpool's first centre pass on Friday night.

Runners-up in 2015, the Silver Ferns have a considerable task before them to repeat history or go one better.

Ranked fourth, and without recent results on their side, an invigorated Silver Ferns side will be tough to beat, especially with a kind first Preliminary round on their side.

The last time the Ferns missed a grand final was 1995 and the team has never missed a top three spot, although, the international threat has grown ten-fold since the days of an assured Diamonds/Silver Ferns showdown. 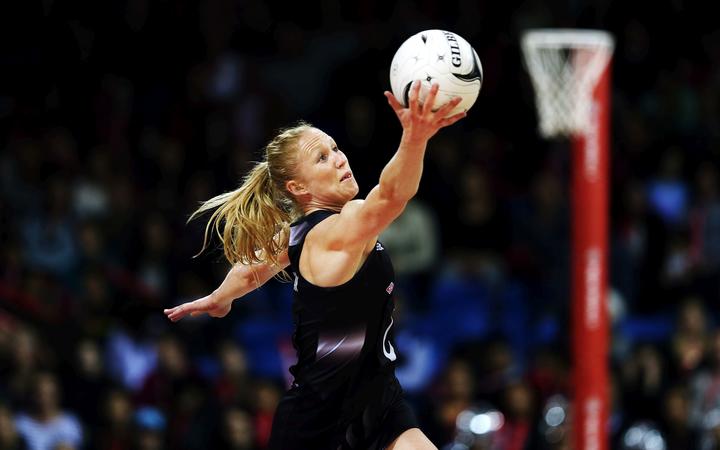 Under coach Noeline Taurua the Ferns picked up an important 55-44 win over Australia in two of October's Constellation Cup - doing just enough to keep the opposition thinking, and Silver Ferns fans cautiously optimistic.

Taurua has taken a leaf out of the English Roses playbook by selecting experience over promise. The reinclusion of veterans Casey Kopua, Katrina Rore and Laura Langman, and allowing Maria Folau to qualify while playing in Australia (like Langman), gives the Kiwis a well-seasoned boost.

Rore has been cleared to play after sustaining calf injury in recent weeks, boosting that experience factor.

While the side lost to the New Zealand men's invitational side 54-50 and 66-54 in the Cadbury series, they won against the Fiji Pearls and NZ All-Star teams. The Silver Ferns have played Scotland in practice matches since arriving to London.

The host nation, and second ranked side, are arguably the ones to watch in Liverpool.

Forever the tournament's bridesmaids, the Roses have never won the pinnacle event, with a best showing of second place in 1975 in Auckland.

For the past five world cups, England has battled Jamaica for bronze, but finally rocketed up the rankings after winning gold and stunning the world at last year's Commonwealth Games and placing second on points at this year's Quad Series with a 52-49 win against Australia in the final match. 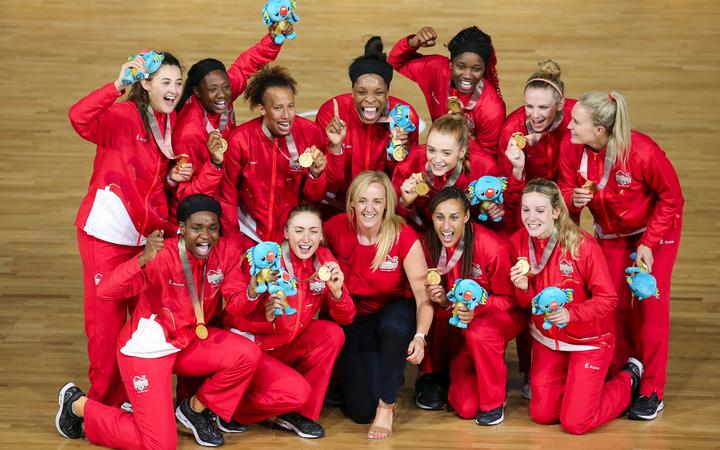 The winning formula: Five Roses currently play in Australia, with others including Ebony Usoro-Brown, Jade Clarke and Serena Guthrie returning home recently. The side has also retained eight of its gold medal winning players.

England are one of, if not, the most experience side of the tournament welcoming back seven players that competed in 2015, and with home-court advantage will be wanting to rise above the pressure of expectation to contest their first title.

The ever-evolving Proteas enter this year's tournament full of confidence.

Ranked fifth under former Diamond's coach Norma Plummer, South Africa will be hoping to make the final for the first time since 1995 with processes put in place since finishing fifth in 2015.

Much like England, players are scattered around the UK Superleague, and Australia's Super Netball competition. Shooter Lenize Potgeiter was the Southern Steel's recruit who of late has been playing for the Queensland Firebirds. 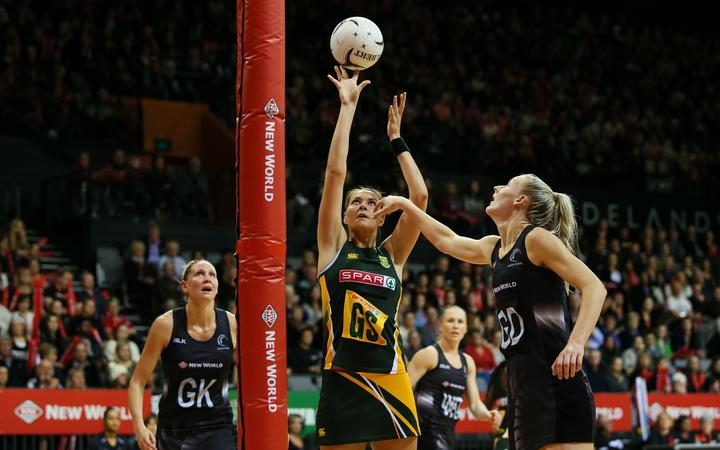 While skill has certainly improved, South Africa will be celebrating another milestone after crowning Bongiwe Msomi as captain - the nation's first ever black netball player to lead at this event.

With rights to host the 2023 World Cup secured, the Proteas won't be looking beyond July with an inaugural title in mind.

The Sunshine Girls may be ranked third but have been unable to walk away with the silverware when it counts - could this year be different?

Jamaica has always hovered as a team to beat, and rightfully so. Their tall, athletic, unorthodox style of play always vibrant at any event.

Players such as Jhanielle Fowler-Read, Romelda Aiken and Shamera Stirling who all play in Australia threaten both ends of the court as New Zealand and England recently discovered. 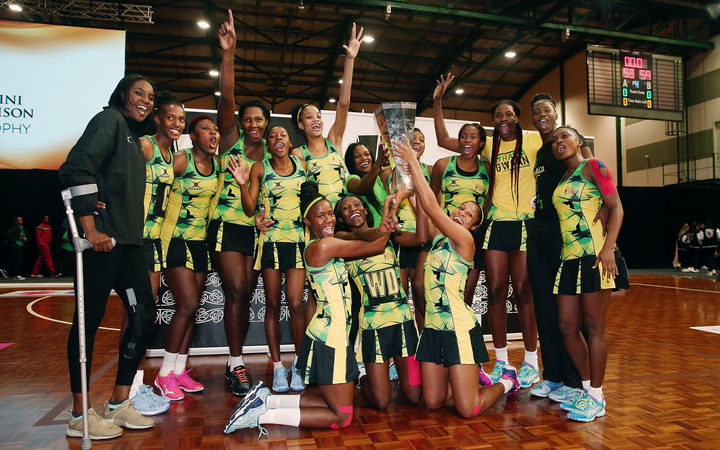 The Jamaica Sunshine Girls celebrate with the Taini Jamison Trophy in 2018 after winning in the final. Photo: Photosport

Jamaica historically beat New Zealand to claim the Taini Jamison trophy in March last year before going on to beat them again at the Commonwealth Games 60-55.

England then sent an under-strength side to the 'Sunshine Series' in Kingston where the Girls picked up a clean sweep after three games at home.

This will be a defining tournament for the well-travelled side and an opportunity to finally collect netball's biggest prize who enter the competition as the third best in the world.

The 11-time world champion Diamonds are firmly established as the favourites to win the competition, despite some surprise selections.

Over the years, winning the game of netball has been etched into the Diamonds DNA more than earning the top ranking.

Out of the 123 World Cup or Championship matches the Diamonds have won 116, lost five (three to New Zealand, two to Trinidad and Tobago) and drawn two. 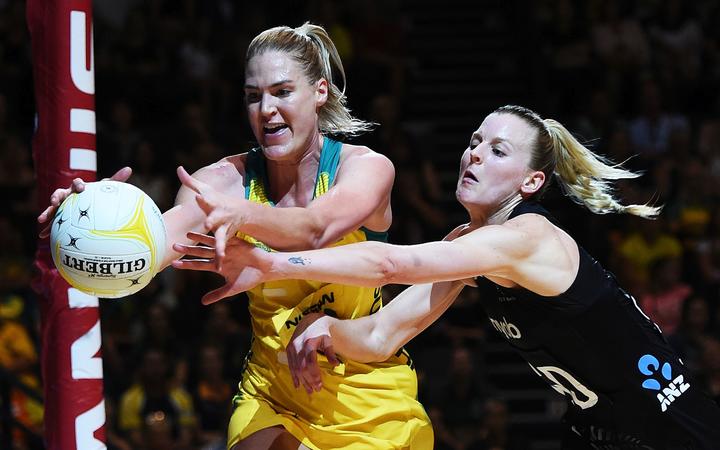 Now the tournament experiment will begin with many heavyweights walking away from the international game after 2015. Of the seven who played in the Sydney final only captain Caitlin Bassett remains as well as coach Lisa Alexander.

Bassett though has suffered a concussion since the side arrived to the UK missing practice matches against England A and the Manchester Thunder in preparation, she is expected to return on 12 July for game one against Northern Ireland.

Alexander's biggest changes have come in the midcourt and defence. The wing defence position that has been contested by Gabi Simpson and Kate Maloney since Renae Ingles' departure, have missed out with Jamie Lee Price picked. Goal keeper Sarah Klau is the only Diamonds debutant.

Based on that, expect a physical match when the women in gold are on court as they seek Commonwealth Games redemption in Liverpool.

The Malawi Queens are ranked sixth receiving automatic qualification and will meet New Zealand in game one. The last time the two sides met, Malawi won 57-53 last year but injury to shooter Mwai Kumwenda may prove difficult for them to repeat. Manchester Thunder shooter Joyce Mvula is a worthy replacement. Malawi suffered a loss to Wales in a practice match though.

They aren't the only African nation to watch with the Ugandan 'She-Cranes' rising from 15th to seventh after two World Cup appearances. Uganda made a stance beating Malawi at the Commonwealth Games 54-52, they also topped the African qualifiers. Coach Taurua recruited captain Peace Prescovia for the Sunshine Coast Lightning this season as well.

Zimbabwe (13) edged out Zambia and Botswana to qualify for their first ever World Cup.

In Europe Northern Ireland (eighth) have worked their way back after shutting out Wales' (11) return. Scotland's (9) strength in the UK Superleague as the Sirens under NZ coach Gail Parata finalised the European qualifiers.

Check out RNZ's dedicated Netball World Cup page for all the latest news, interviews and analysis.