The Silver Ferns have beaten Australia 55-44 in Hamilton, breaking a eight-match losing streak against the world champions and keeping the Constellation Cup series alive. 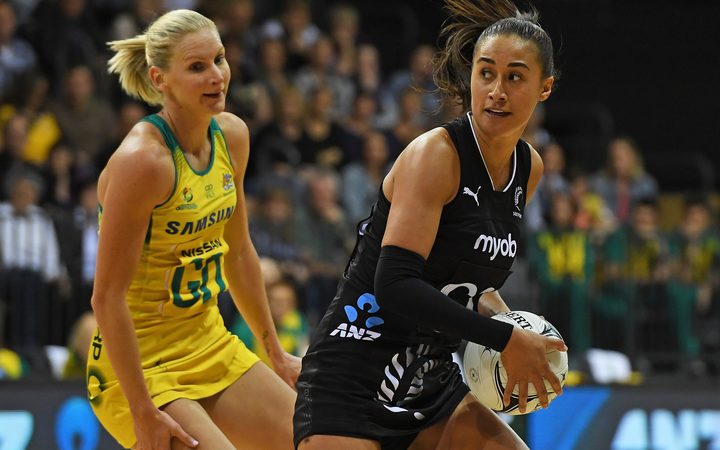 The New Zealanders, who lost the first two Constellation Cup games in Australia last week by nine and 15 goals respectively, won every quarter to produce their first victory over the Diamonds in more than a year.

Silver Ferns coach Noeline Taurua ran an unchanged line-up to that which started the second match in Townsville last Wednesday, and her players responded with a gritty opening quarter to take a 14-13 lead into the first break.

Australia had opened out an early five-goal lead, with Gretel Tippett and Caitlin Thwaites embarking on an 8-1 scoring run, but the New Zealanders clawed their way back as goal shoot Maria Folau slotted the last six goals of the spell.

Folau's combination with Te Paea Selby-Rickit at goal attack grew in confidence as the second quarter progressed, the duo efficient in converting 16 of their 19 shots on goal to open out a 30-26 lead at half-time.

New Zealand midcourters Laura Langman and Gina Crampton played a key role, shifting the ball at pace through the middle and provided consistency and variety on the circle feed.

At the other end of the court, circle defenders Jane Watson and Katrina Grant were relentless in pressuring the Australian shooters, forcing turnovers which were duly converted by Folau and Selby-Rickit.

The Silver Ferns edged the third quarter 11-10 to lead 41-36 with 15 minutes remaining, then ran riot to take the last spell 14-8 and complete an outstanding win.

Taurua was pleased with the way her team had muscled up against a physical Australian outfit, and said it had been particularly satisfying to see the Ferns' hard work in training pay dividends.

"Some of the things we have been doing in training in regard to the physicality, and finding where the angles need to be so we're not contesting one-on-ones, was very helpful," she told Sky Sport.

Taurua also paid tribute to Folau, playing in the unfamiliar position of goal shoot, with the 134-cap veteran missing only one of her 41 attempts over four quarters.

"Over maybe the last four or five games, she's been amazing for us and when she's got ball in hand in the shooting circle, it more than likely goes in."

Taurua's thoughts now shift to the fourth and final Constellation Cup test in Wellington on Thursday.

"Probably all I can see is what's next, and areas of improvement. It's fantastic that we've been able to get the win but Wellington's next."