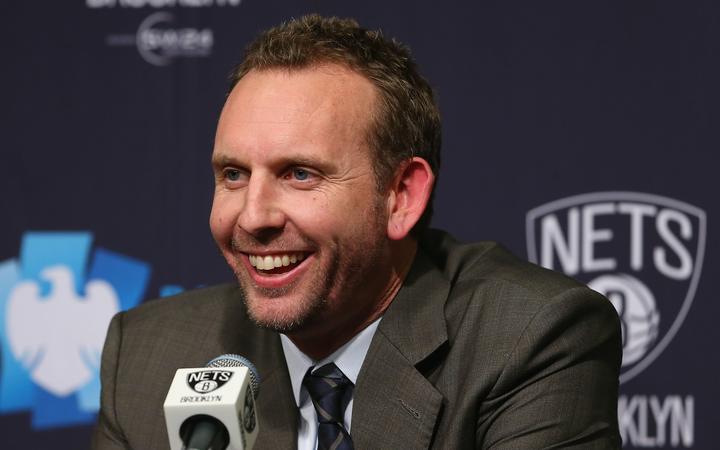 Marks, the first New Zealand-born player to play in the NBA, became general manager of the hapless Nets in 2016 and through astute choices built a group of unheralded players into a team that made the playoffs last season.

They will have two All-Stars and veteran centre DeAndre Jordan to make the team a legitimate chance to claim the Eastern Conference and fight for a title.

Durant, despite likely missing the coming season with an achilles tear, and Irving were two of the jewels of the NBA free agent signing period that opened at 10am Monday NZT. 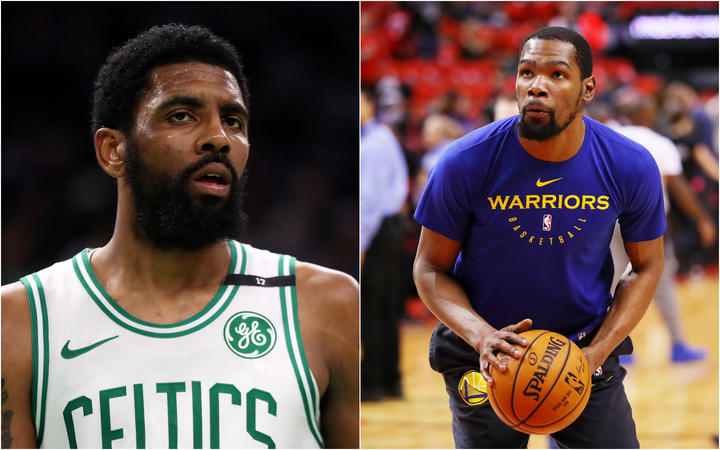 NBA superstars Kyrie Irving and Kevin Durant will team up at the Brooklyn Nets next season. Photo: AFP

Forward Durant, an NBA MVP, two-time NBA champion and 10-time All-Star, will leave the Golden State Warriors and join the Nets on a four-year max deal worth $243.9m, he announced on the Instagram account linked to his ESPN- owned site, The Boardroom.

Point guard Irving, an NBA champion with the Cleveland Cavaliers and six-time All-Star, is fleeing the Boston Celtics, after a tumultuous season, to link up with Durant in Brooklyn in a four-year, $209.7m deal.

In other major free agent moves, Charlotte's All-Star guard Kemba Walker has reportedly agreed to join the Celtics on a four-year $NZ209.7m deal.

Kawhi Leonard, after leading the Toronto Raptors to their first championship, is also a free agent but is not expected to rush to make a decision.