The Warriors hooker Nate Roache's national rugby leaugue season is over, ended by another serious injury. 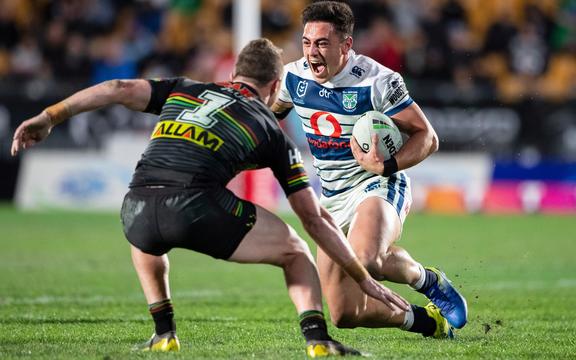 Roache's knee gave way as he made a 20-metre break from dummy half midway throught the second half.

He was making sixth appearance of the season and his first appearance since being side-lined with a back complaint in the ninth-round win over St George Illawarra.

Roache is expected to be out for up to nine months having missed last season following back surgery.

Then there were four

There are now just four challengers for the 2021 America's Cup in Auckland. 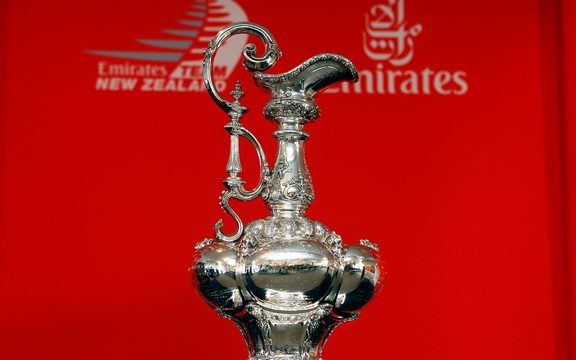 DutchSail has advised the Royal New Zealand Yacht Squadron it has withdrawn its challenge.

Fellow late challenger Stars and Stripes have confirmed their ongoing commitment, joining Luna Rossa, Ineos Team UK and American Magic as the teams that will challenge Team New Zealand for the Auld Mug.

As part of their commitment Stars + Stripes Team USA will have to complete the entry fee payment process before they will be eligible to race.

They have already paid their initial payment but as a late entry challenger under the Protocol they also have a liability to pay a US$1million late entry fee due in instalments by 1 October 2019.

The former Team Wellington coach Jose Figueira has taken over as head coach of Auckland City. 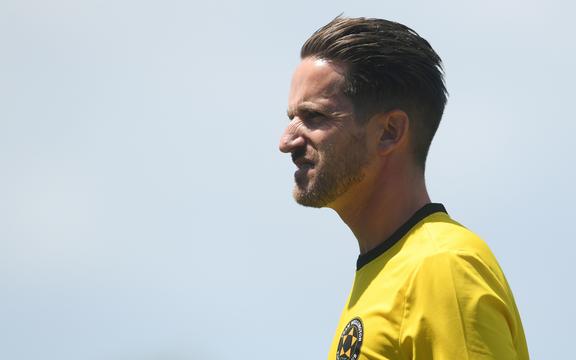 He replaces Ramon Tribulietx who stood down last months after 11 years in charge.

Figueira is currently the New Zealand U-17 head coach and will lead his charges into the FIFA U-17 World Cup in October.

David Warner will resume World Cup training in Manchester this week after wife Candice gave birth to their third daughter in London yesterday.

Warner took to social media today to confirm the arrival of Isla, after the birth was planned in Australia's gap between World Cup matches.

Warner stayed behind with his wife and two young daughters to support Candice, well before Australia's final group match with South Africa at Old Trafford.

He is expected to train with the team on Wednesday, with all players enjoying a two-day rest on Monday and Tuesday.

Warner's availability ahead of the finals will be crucial for Australia, given he is the tournament's leading run-scorer with 516 at an average of 73.71.

India all-rounder Vijay Shankar has been ruled out of the rest of the Cricket World Cup with a toe injury.

The ICC has approved right-handed batsman Mayank Agarwal as a replacement for Shankar following a request by the Board of Control for Cricket in India.

"Vijay Shankar sustained a non displaced fracture of the left big toe, which will require a minimum of three weeks to heal," the team said in a statement.

"The injury rules him out of the ongoing World Cup."

Originally picked to bat at number four, Shankar has made scores of 15 not out, 29 and 14 in his three matches in the World Cup.

The injury kept him out of the team's first loss in the tournament against England yesterday.

Rishabh Pant batted at number four in that match, having joined the team as replacement for injured opener Shikhar Dhawan.

NSW coach Brad Fittler is confident Nathan Cleary will recover in time to play in the State of Origin decider, but will leave the call to his young halfback. 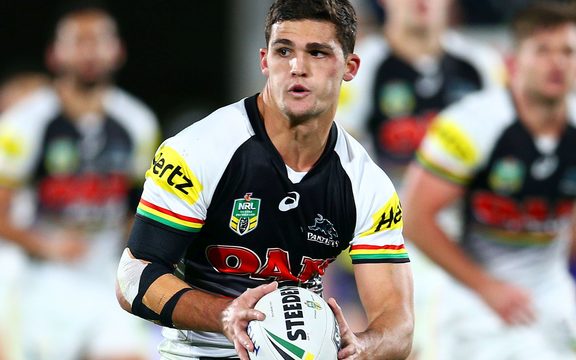 Nathan Cleary could have been playing for the Kiwis in Denver this weekend but is instead trying to help NSW to the State of Origin title. Photo: Photosport

Cleary and Tariq Sims were both named in an unchanged line-up to take on Queensland in the winner-takes-all clash at ANZ Stadium on July 10.

Cleary hasn't played since hurting his ankle deep into the first half of their series-levelling win in Perth, but arrived in camp yesterday without a moon boot.

"Since the game, things have progressed really well for Nathan. I just saw him up there with the physio working him," Fittler said on Monday night.

The Blues are so confident Cleary will play that they have opted not to select a genuine playmaker as a back-up.

Should he be ruled out, Wade Graham is all but certain to move into the halves and 18th man Clint Gutherson brought onto the bench.

Chelsea have completed the permanent signing of Croatian midfielder Mateo Kovacic from Real Madrid after a season-long loan deal.

Kovacic arrived at Chelsea last August as part of a deal that took Chelsea's then-keeper Thibaut Courtois to Real on a six-year contract.

Chelsea were able to complete the signing despite a 12-month transfer ban imposed by world ruling body FIFA because Kovacic was registered to the club last season.

A regular at Stamford Bridge last season, he helped the West Londoners win the Europa League and finish third in the Premier League.

Bulls loose forward Marco van Staden has been added to South Africa's training squad as doubts remain over the fitness of Springboks skipper Siya Kolisi ahead of the Rugby Championship.

Kolisi injured his knee playing for the Stormers in Super Rugby and was initially ruled out for six weeks in late May, though it now seems likely his rehabilitation will take longer.

The Springboks host Australia in the tournament opener in Johannesburg on July 20 before travelling to Wellington to face New Zealand a week later.

South Africa have been grouped with defending champions New Zealand, Italy, Namibia and Canada at the World Cup.

The dispute between the Lebanese Rugby League Federation and their players has flared up again, with the LRFL charging 17 men with misconduct for breaches of its operational rules in relation to events surrounding the 22 June match versus Fiji.

The Cedars players and LRLF were at loggerheads in the leadup to the international with Fiji in Sydney over issues pertaining to the board's management of the code.

The LRLF threatened jail time for players that covered up the Cedar logo during the match - a form of protest against the board that had been raised earlier in the week.

In response, skipper Farah and his players vowed to boycott the match at Leichhardt Oval unless their demands were met.

A peace deal was brokered and the players relented, but Lebanon lost 58-14.

The 17 charged players will be asked to appear before a misconduct panel and have been suspended with immediate effect from all Lebanese rugby league activity pending the outcome of misconduct proceedings.

The panel will be independent in composition and chaired by an RLIF official to ensure transparency.

Rashford staying on at United

Manchester United forward Marcus Rashford has signed a new four-year contract with the option to extend a further year.

Financial terms of the deal were not disclosed but British media reported the new contract could see Rashford earn around $474,000 pounds per week as manager Ole Gunnar Solskjaer plans to build his attack around the academy graduate.

"Manchester United has been everything in my life since I arrived here at the age of seven," the 21-year-old Rashford told the club website.

"This club has shaped me, both as a player and as a person, so it is such a privilege every time I get the opportunity to wear the shirt.

"I want to thank Ole and his staff for everything they have done for me; they are the perfect group of coaches to learn from as I continue my development and look to push on to the next level."

England international Rashford was Solskjaer's preferred centre forward ahead of Romelu Lukaku last season as he finished with 13 goals in 47 appearances across all competitions.

Pocock remains in doubt for Wallabies

Loose forward David Pocock missed the first day of Australia's training camp ahead of the Rugby Championship with the clock ticking on the flanker's troubling calf injury ahead of this year's Rugby World Cup.

Pocock has already been ruled out of the Wallabies' Rugby Championship opener against South Africa in Johannesburg on July 20 and his fitness for the rest of the shortened southern hemisphere competition will be determined on a weekly basis.

The 31-year-old loose forward has not played since March 8 and shut down his Super Rugby season in late May to concentrate solely on being fit for the World Cup in Japan, which runs from Sept. 20-Nov. 2.

Local media reported on Monday that Pocock had played no part in training in Brisbane, where coach Michael Cheika is looking to narrow his squad for the Rugby Championship later this week.

Former ACT Brumbies scrumhalf Nic White could potentially make the Rugby Championship squad after he returned from a stint in Europe and was included in the camp, where he worked with former Wallabies captain George Gregan on Monday.