The All Blacks jersey for this year's World Cup has been unveiled. 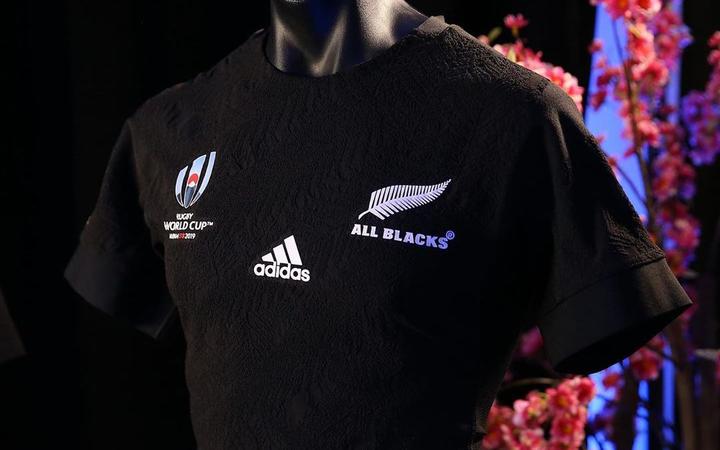 The jersey pays homeage to both Māori and Japanese cultures.

Designed by Y-3, the collaboration label between adidas and legendary Japanese designer Yohji Yamamoto, the jersey was launched at a breakfast event in Auckland today.

Yohji Yamamoto, who is world renowned for his striking, avant-garde designs, said: "We wanted to create a jersey that brought together the Japanese and Māori cultures.

"The design bears hand-drawn koru and fern motifs in a celebration of Maori culture. It has been a privilege to work on such a major project and I wish the team the best of luck in the tournament."

New Zealand Rugby's Kaihautu (Māori Advisor) Luke Crawford, who gave adidas advice on Maori design, said: "The fern design represents the legacy of those players who have worn the jersey in the past, while the unfurling koru represents the younger players coming through - the All Blacks of the future.

"I think Y-3 have really captured the mauri (essence) of what the All Blacks jersey stands for and how it represents us, and created a truly beautiful garment."

The RWC2019 logo is on the right of the chest, which sees the adidas badge move to the centre of the jersey. The All Blacks silver fern logo remains on the left-hand side of the jersey, while the all black collar returns for the Rugby World Cup.

All Blacks Captain Kieran Read said: "We're all really excited ahead of the Rugby World Cup in Japan. It's always special pulling on the All Blacks jersey, and to wear one that has used our culture to inspire the design will be especially cool. On behalf of the team, I want to thank the Y-3 team for all their work on the jersey."

The All Blacks opening World Cup game is against South Africa in Yokohama on 21 September.